Like so much in life, the Netflix sensation ‘Emily in Paris’ gives the expat life a deceptive gloss. Here are a few expat tips to help you survive and thrive in your new home!

Relocating abroad for work is the biggest feather in the cap of the 21st century. It’s a road less traveled, but one that makes all the difference. For one, employers really value those with international work experience. The more adaptable you are, the better you’ll be able to effectively handle hardships without it getting the best of you. It also shows your employer that you have a growth mindset, and you can continually grow and learn throughout your life.

If you’ve watched the hit Netflix series ‘Emily in Paris’, you’ve indubitably got a glimpse of the expat life. Like Emily Cooper, you’ll find yourself against of landscapes of see-sawing chaos and idyll. You’ll never be always right or wrong. It depends on how you adapt to the situation; unlike Emily will you make an effort to learn the wee-bit basics of the language and work-culture of the new country?

Expat Tips for Newbies from ‘Emily in Paris’!

To help you tackle unfortunate aspects of expat life, you need to prepare yourself for the move abroad. Here are a few tips you should keep in mind before you touch base with foreign soil. These tips are largely inspired by Emily Cooper’s faux pas in Paris. 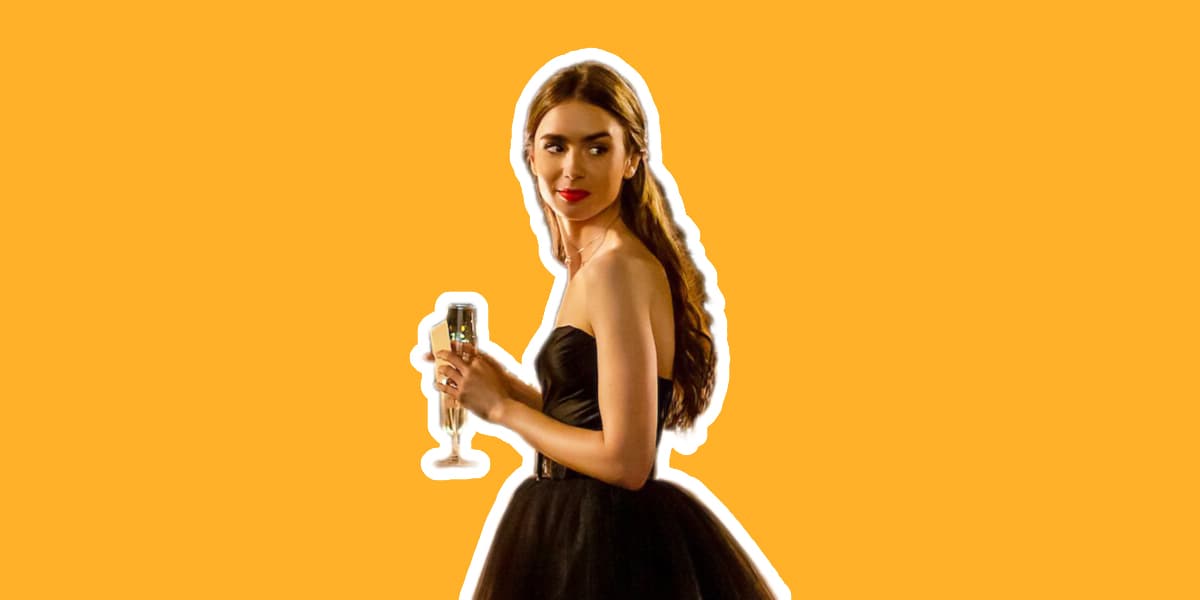 Emily Cooper is an ideal example of a growth-mindset millennial. But her gaffes also teach us how to recalibrate ourselves to live the perfect expat life!

Emily arrives at the Parisian office newly acquired by her American marketing company, to be the liaison between the two offices, and yet, she doesn’t speak the language of the country she’s now working, and doesn’t seem to fancy the idea that she should try.

This is essential if you’re moving to a country you absolutely don’t speak the language. If you don’t make an effort to learn the local language, then people will always look at you as an “outsider” and you will only be able to get around with expats like yourself.

“First of all, Emily was really lucky that all the clients spoke English and were willing to converse in English with her in PARIS! This does not happen unless you’re a really big executive who wields tremendous power,” says Eduard Klein, an international digital growth specialist. “If you’re just an employee at a marketing firm but you don’t speak the client’s first language, say goodbye to long-term relationships with them.”

As tourists or even short-term visitors, you can get away with Hellos and Goodbyes. But if you’re moving to work abroad, you need to make every effort to gain at least a basic conversational grasp of the local language.

Expats and frequent travelers know that learning the local language gives you instant access to the daily necessities of life.

“Therefore, when you’re going abroad for work, make sure that you speak their language and understand their culture. The language you can learn soon enough but the culture will take time as you are exposed to novel situations during your time.”

Why don’t the French show up until 10 a.m. to work? Are coffee and Gauloises cigarettes an exclusively French trait? Is “La Bise” or the cheek-kiss considered chauvinistic? Why does France use the imperial system?

One of the greatest joys of moving abroad is to explore new places, cultures, cuisines, rituals and styles of living. Many of us dream about living in a new country, but then again, it’s different than working in one.

“The truth is, when moving abroad to work, one should never antagonize or try to revolutionize the working environment or customs of the place,” advises Joe Flanagan, Founder of 90s Fashion World. “When in Rome, do as the Romans should be the operating motto to approach working in a culturally different environment.”

It’s super easy to do a quick Google search about the norms of your prospective country. Read other people’s blogs to learn about its cultures and norms. This is the bare minimum one can do to learn about local customs that could be of a lot of importance to your coworkers and the people you interact with on a daily basis.

“Something that Emily seems to really lack is boundaries. She goes about her life imposing her values on others, which in the series comes off as success because it is engineered to make the American dream work but in reality, should be really toned down. Input and a new vision will certainly work but should be applied with much more delicacy,” Flanagan advises.

This is a tough one. Any time you move to new country, you need to invest in expanding your social circle. “That’s part of the fun of living abroad,” says Nick Slater, co-author of Look Out Above! The Young Professional’s Guide to Success.

Don’t be afraid to meet strangers. Reach out to anyone you know who has been to the new country ahead of you, whether they are in the same industry or not. Beyond work friends, you can try Facebook groups or message boards, and listservs.

“Don’t shy away from befriending people from your home country, whether individually or through ex-pat clubs, etc. Not only can you make lasting relationships, but the compatriotic comfort can be especially warming, especially if you’ve recently moved abroad,” advises Slater.

Try finding some common ground when you’re meeting new people. You may even take refuge in memes, local pop culture magazines, or even celebrity scandals before you get there. This would give you a better understanding of the country’s humor and local slang. “A great example of this in the show is Emily’s relationship with Pierre Cadaux who referenced an Ameircan pop-cultural classic Gossip Girl and was able to build a better connection with Emily,” says Slater.

Even expats with plenty of experience in terms of living abroad find it daunting. When you’re moving abroad for a job, you need to make an extra effort to build any decent network.

“Don’t expect everyone to make an effort to include you in their social groups, or vis-a-vis networking outside of the office. ‘Emily in Paris’ might suggest that the social calendar (including dating) is automatically filled for every newly-arriving young professional, but that is certainly not the case,” cautions Slater.

“You’ve got to make the effort! Attend young professional events (even if they are virtual for now), participate in recreational sports, volunteer — the possibilities for meeting like-minded young people are endless, but you’ve got to make it happen.”

Don’t be put off by the difficulties. You may refer to resources such as Prospects or LinkedIn as a place to start. Get yourself out there and create opportunities. Carpe diem!

Moving abroad doesn’t mean that you have to lose contact with your loved ones back home. So no matter where you decide to pursue a career, make it a point to not let the miles or the time zone hamper your relationship with them. There will come a time when you will need the warmth and affection of people back home to keep you going during times of adversity and challenges. Never underestimate the comforting power of a Skype call or postcard from your friends and family. It takes a lot of effort to keep in touch, and without joint effort, even the strongest relationships can fade.

Living and working in a foreign country can be one of the greatest joys of adult life. As the old Chinese proverb says “traveling thousands of miles is better than reading thousands of books.” But it doesn’t come easy. The adjustment period isn’t the same for everyone. And so, we believe Emily deserves some kudos for undertaking an unusually brave journey in such a short time. Because it takes a lot of courage to plunge into the wild.

If you’re really contemplating an expat life, be sure to read up on The HR Digest’s expert tips on moving abroad for work to make the transition easier.