The need to become a great boss should be a top priority among all managers. Over 75 percent of American employees say their boss is the worst and most stressful part of their job, according to a survey by Officevibe. This is troubling and doesn’t reflect the effort made by organizations to produce great bosses. In a recent survey by Deloitte Insights, around 86 percent of companies say producing new leaders is their top priority. What have they been producing? You can begin now to imagine what your team members think of you. Do you think that your employees like you?

If you are already doing a lot of things right and considered a good boss, there’s room to move from being a “good” to “great” boss. Your team’s productivity and engagement will move to a whole new level when you become a great boss.

Ways To Become A Great Boss 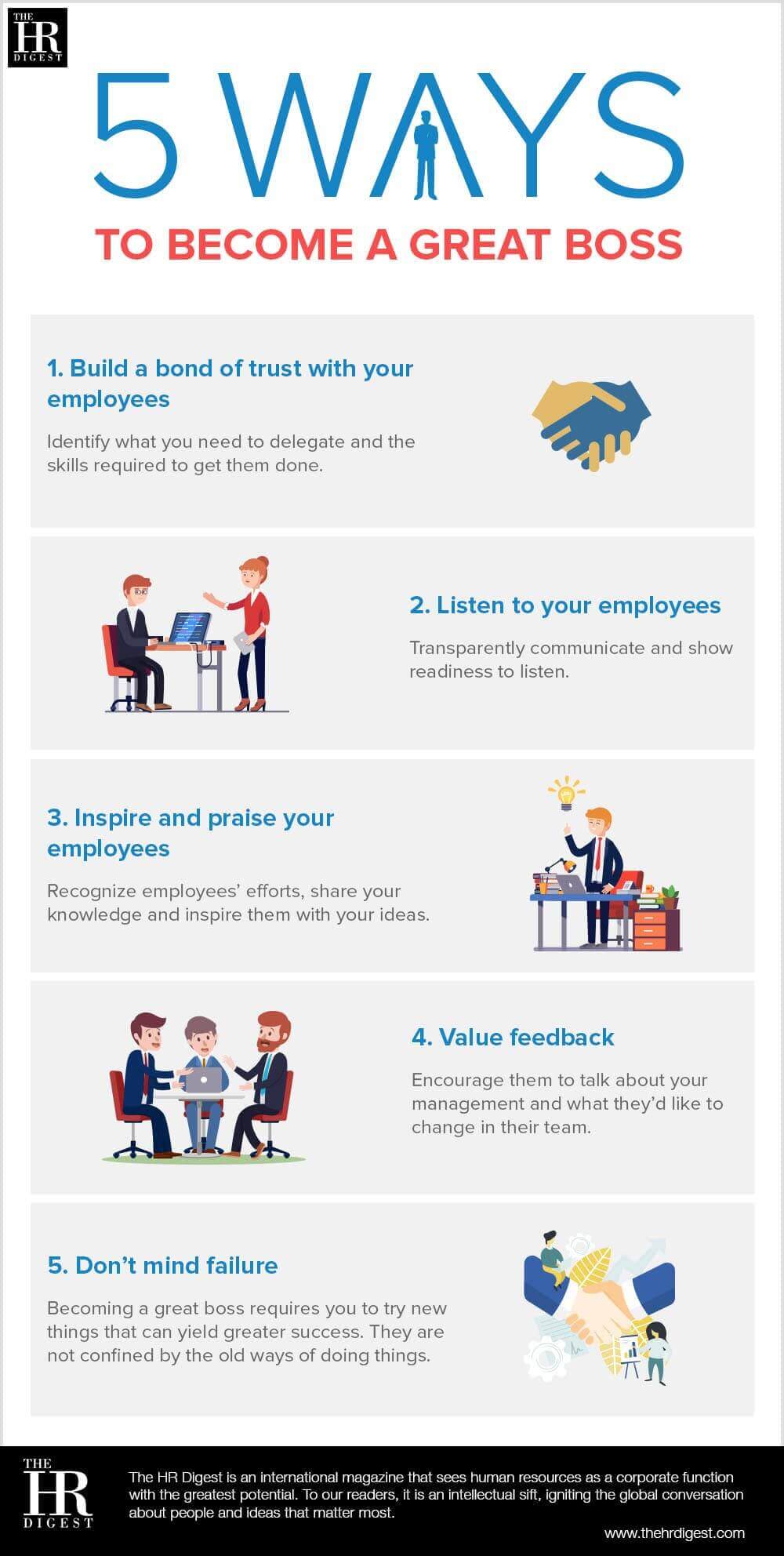