California’s Department of Fair Employment and Housing (DFEH) has filed a 30-page lawsuit against Activision Blizzard (ATVI) after an investigation found a workplace culture of sexual harassment. The video game giant, which is known for popular games such as Call of Duty and World of Warcraft, was recently investigated by the DFEH for two years where it found that the company discriminated against female employees in terms and conditions of employment, including compensation, promotion, assignment and termination. The Activision Blizzard lawsuit has reignited discussion about treatment of female employees in male-dominated work environments.

In response to the gender-bias lawsuit, the company’s executive president Frances Townsend called the claims “factually incorrect, old and out of context,” adding that the company takes a “hardline approach” to environments of hostility or sexual harassment.

Jeff Hamilton, the company’s senior system designer, said Activision Blizzard’s response to the lawsuit allegations was “unacceptable,” adding that it is “evil to usurp a victim’s story into a rhetorical bludgeon, and it is abhorrent to reply to these accusations with anything other than a well-thought-out plan to correct these abuses.” 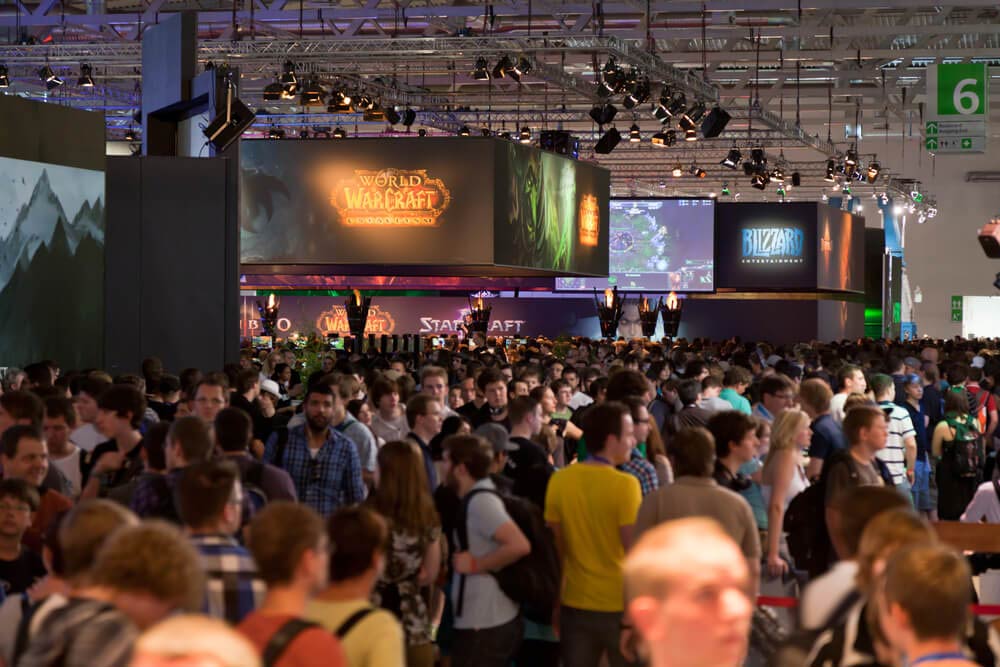 Huge crowds of gamers gathering at Activision Blizzard and Bethesda Booth at GamesCom.

Nearly 2,000 current and former Activision Blizzard employees have signed a petition (published by Bloomberg, Polygon, and Kotaku) that slams the video game company’s “abhorrent and insulting” response to California lawsuit. “To put it clearly and unequivocally, our values as employees are not accurately reflected in the words and actions of our leadership,” the petition said.

“We call on the executive leadership team to work with us on new and meaningful efforts that ensure employees — as well as our community — have a safe place to speak out and come forward,” it added.

Several former Activision Blizzard employees have detailed their experiences at the games company on social media since the news of the lawsuit was made public last week. Female employees have accused the company of fostering a “frat boy” workplace culture where women have to “continually fend off unwanted sexual comments and advances made by their male coworkers.”

The gaming industry is rife with workplace instances of discrimination, inequality and harassment against women. Allegations of sexual misconduct have hit up counterparts like Riot Games, Inc. and Ubisoft Entertainment SA. In 2018, Riot agreed to pay $10 million to women who worked at the company in last five years as a part of the settlement, however, the DFEH blocked it, saying the women may be entitled to $400 million based on pay disparity. Earlier this month, Ubisoft was accused of institutional sexual harassment in a lawsuit filed in a criminal court in France on behalf of game-union workers and several employees.

The latest Activision Blizzard lawsuit is unsettling for those who have advocated for sweeping changes in the gaming industry to make it a safe place for women to work and thrive.

Jane Harper
Writer. Human resources expert and consultant. Follow @thehrdigest on Twitter
« How to write an apology note for late arrival at a meeting
Reskilling the Future of Work »