Home > Resources > Tools & Technology > Ageism in the Workplace : Laws and Resources for Employees

Ageism in the Workplace : Laws and Resources for Employees

Ageism in the workplace is a cruel fate many of us suffer from. Learn what laws and resources you can put to best use in order to fight age discrimination at work

It is the mid-segment executives that were handling the finance, accounting, sales, and administrative jobs that are finding themselves left out in the cold with applications software taking over their careers. This segment is mostly middles aged and above, and companies are looking at this section as their pay scales now can no longer be justified.

Ageism in the Workplace – A Cruel Reality

The reporter has been witness to workplaces that are glaring lessons in “how not to run a workplace.” The reason–people at the helm lack experience or are still finding their feet as workers, let alone leaders, as simple as that.

Experience and age give you perspective and patience, two things that the young lack in heaps. It is here that an older pair of shoulders comes in handy.

So what is the case made out against aging? The older generation is slower, not technologically savvy, and cannot think like the young. 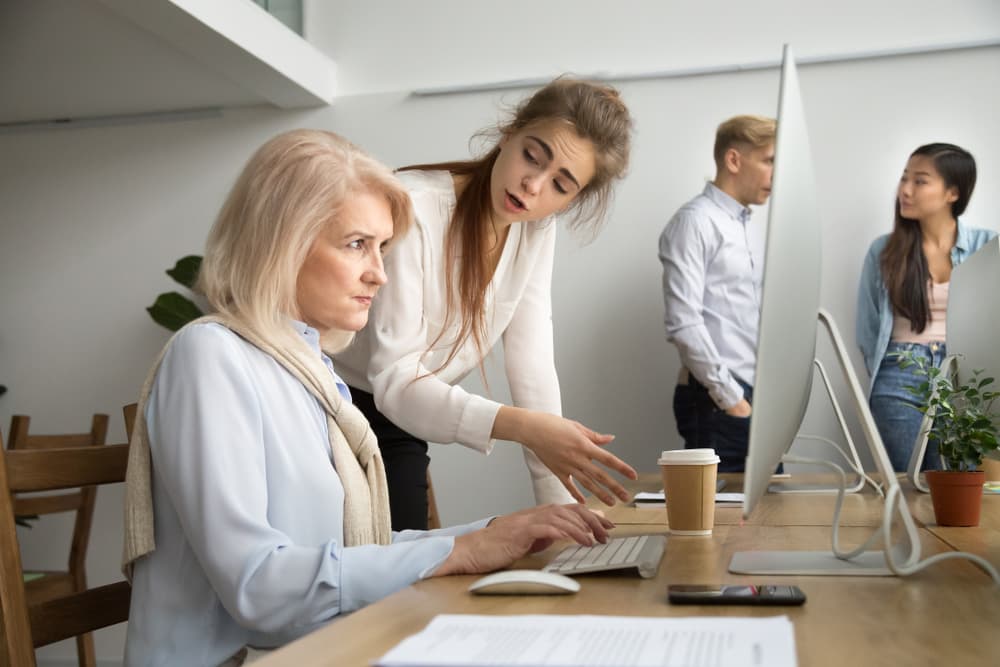 A US study by AARP reveals that the fastest-growing segment of the American workforce is employees aged 65 and older. The average age of an American worker is 42 years. A 2019 “State of Workforce” study reveals that more than 30 percent of people have experienced some form of ageism in the workplace before reaching 45.

A balanced team made up of a diverse group, including people of different age groups, always makes for a better team. The Robert De Nero and Anne Hathaway movie ‘The Intern’ deals with the vagaries of running a startup with all the incumbent problems discussed above. In the movie, an internship program for the retired brings in De Nero as the voice of reason, experience, and observance.

Companies list themselves as believing in fair employment practices, including diversity in their workforce, but this covers racism and sexism; very rarely does ageism at work figure into the equation.

Section 188 of the Workforce Investment Act of 1998 (WIA) prohibits discrimination against applicants, employees, and participants in WIA Title I -financially assisted programs and activities on the ground of age. WIA prohibits discrimination on the grounds of race, color, religion, sex, national origin, disability, political affiliation or belief, and for beneficiaries only, citizenship or participation in a WIA Title I-financially assisted program or activity. Section 188 of WIA is enforced by the Civil Rights Center.

According to the Human Rights Commission, under the Victorian Equal Opportunity Law

A person has a right to be appointed to a position if they are the best person for the job, regardless of their background and personal characteristics.

Discrimination based on age cannot be applied at any stage of work: During recruitment, at work, or in dismissal.

Age discrimination in employment, according to the Human Rights Commission can include