More than 400 engineers and other workers at Google and its parent company, Alphabet, have formed a union open to all employees. The Alphabet Workers Union (AWU) will give protection and resources to workers who join in the U.S. and Canada, and is intended to push the tech giant to live up to its motto: ‘Don’t be evil.’

On Monday, the group announced the creation of the AWU with an op-ed in The New York Times, after years of employees protesting for better workplace inclusivity and ethics at the search engine. The members-only union is supported by the Communication Workers of America, which represents workers in telecommunications, information technology and media.

The Alphabet Workers Union (AWU) won’t seek collective bargaining rights to negotiate a new contract with the company. The group only represents a fraction of Google’s workforce.

The union is open to all employees, including temps, vendors and contractors (also known as TVCs), with the goal to “build a structure to create worker power.” It will collect dues of 1% of total compensation (annual base pay and bonus) from members, according to the website.

“Our goals go beyond the workplace questions of, ‘Are people getting paid enough?’ Our issues are going much broader,” Alphabet Workers Union. 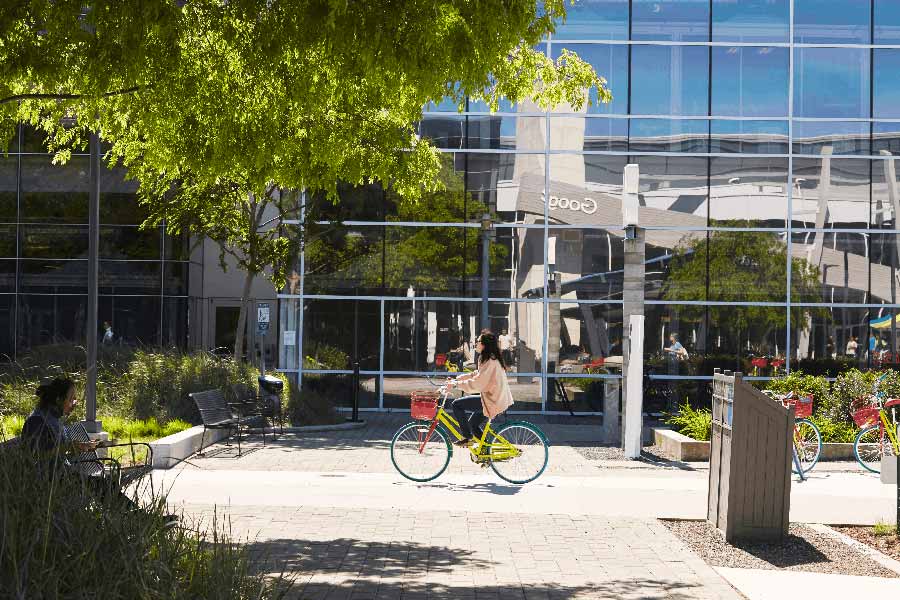 Google employees are among the highest-paid workers in America and enjoy some of the coolest perks. According to company filings, the median pay at Alphabet was $258,708 in 2019.

Covert efforts to form the Alphabet Workers’ Union began over a year ago, part of a growing tide of activism within the tech giant. The push reflects a need for workers to be able to speak out without facing repercussions in their jobs. In the coming weeks, the AWU plans a series of “informational events” to rally further support.

“Our union will work to ensure that workers know what they’re working on, and can do their work at a fair wage, without fear of abuse, retaliation or discrimination,” Parul Koul and Chewy Shaw, software engineers elected to lead the Alphabet Workers Union, wrote in the NYT op-ed.

“Our bosses have collaborated with repressive governments around the world. They have developed artificial intelligence technology for use by the Department of Defense and profited from ads by a hate group. They have failed to make the changes necessary to meaningfully address our retention issues with people of color.”

In recent years, Google has faced employee scrutiny over its mishandling of sexual harassment and misconduct against executives, collaborating with the Pentagon and the company’s treatment of its independent workers.

Last month, the National Labor Relations Board filed a complaint against Google, alleging the company violated labor law when it illegally terminated and surveilled employees.

Kara Silverstein, Alphabet’s director of people operations, said in a statement: “We’ve always worked hard to create a supportive and rewarding workplace for our workforce. Of course our employees have protected labor rights that we support. But as we’ve always done, we’ll continue engaging directly with all our employees.”

Tech workers – particularly those whose job is confined within the four walls of a cushy glass building – have historically been reluctant to unionize. Employees at tech companies like Google, IBM and Microsoft tend to be paid well, receive good benefits and perks, and have plenty of flexibility, so there’s no need to form a union.

In recent years, a growing number rank-and-file workers are demanding American tech companies put ethics before profit. In 2018, thousands of Google workers signed a petition calling for the tech company to end its work with Pentagon on artificial intelligence and image recognition tech that could be used for drone strikes. During the same year, a group of 450 Amazon employees signed a letter asking CEO Jeff Bezos to stop selling its facial recognition software, Rekognition, to law enforcement agencies.

In the coming weeks, thousands of warehouse workers at the Amazon Fulfilment Center in Bessemer are expected to vote on whether to form a union. Last year, employees at crowdfunding platform Kickstarter voted to form the first U.S. union at the company. In 2019, a small group of Google contractors in Pittsburgh voted to join the United Steelworkers union.

Subscribe to the nation’s fastest growing human resources magazine to read exclusive HR news and insights directly to your inbox.

Diana Coker
Diana Coker is a staff writer at The HR Digest, based in New York. She also reports for brands like Technowize. Diana covers HR news, corporate culture, employee benefits, compensation, and leadership. She loves writing HR success stories of individuals who inspire the world. She’s keen on political science and entertains her readers by covering usual workplace tactics.
« California employers face new employment laws in 2021.
Career vs Passion: What should you run after? »