The pandemic is slowly fading in some parts of the world with the vaccine rollout and companies again opening up for business. But curiously, businesses are struggling to find enough workers.

Unemployment may be still high, but people are not willing to get back to work in a hurry. The reason being higher unemployment benefits, paucity of childcare options, and no immigrant labor to fill the gap. Added to these is another factor—Amazon.

“There is absolutely an Amazon effect,” said Aaron Cheris, head of Bain & Company’s retail practice for the Americas. Jeff Bezos’s company should not be blamed for labor shortages, he argued, but “most of my retail clients would blame them for the rising wage expectations”. 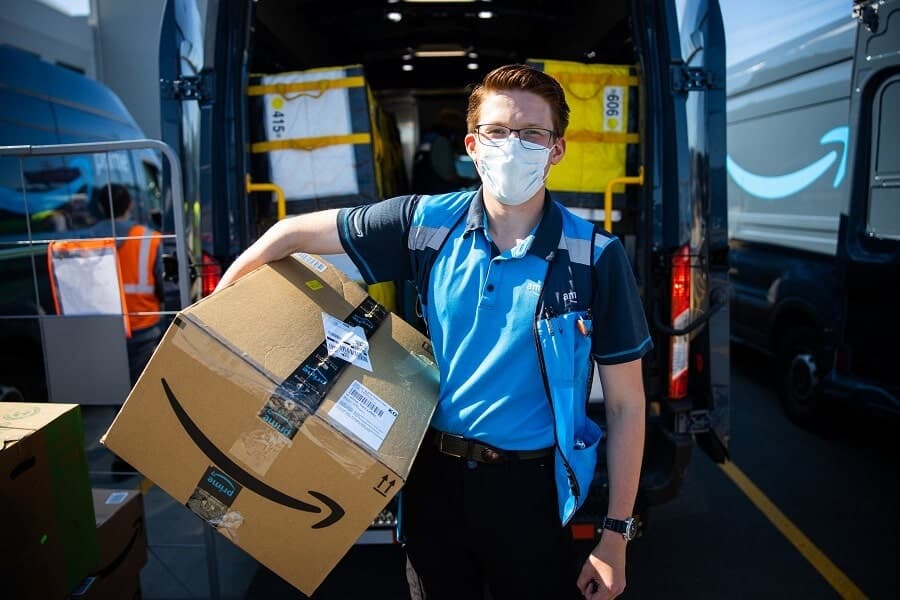 Amazon has become one of the leading employers during the pandemic. It has hired some 500,000 people worldwide to meet the rising demand for online goods. Homebound consumers’ digital shopping has gone up manifold, and ecommerce giant Amazon is happily fulfilling the orders.

In the US, it paid $15 an hour before benefits, better than the required federal minimum wage. Also, it was one of the few companies offering jobs during difficult times. Other consumer goods giants like Walmart and Target followed suit. This was the first time that minimal wage earners had any bargaining power over manufacturers, retailers and fast food chain outlets, which had a great need for them.

Chip Bergh, chief executive of Levi Strauss, said they were considering raising their wages as Amazon was paying $20 an hour in some locations. Dave Gitlin, chief executive of Carrier, said he too was feeling the pressure to raise wages. The air conditioning manufacturer raised pay in factories from Tennessee to Minneapolis.

Warehouse workers’ average hourly pay has risen by $2 since before the pandemic, according to the Bureau of Labor Statistics. New York Federal Reserve surveys show that the average lowest-wage workers with no college degree has seen a salary hike of 19 per cent— the sharpest such increase since at least 2014.

Added to that are the stimulus cheques that are more likely to persuade low-wage workers to stay home. But the salary change in Amazon and Walmart were pushing workers’ expectations from other places too.

“It’s really hard for a big business to explain to its workers why they get paid less than somebody at Walmart or McDonald’s. For every big business, the floor is set by Walmart,” he said.

Chris Kempczinski, the chief executive of McDonald’s is of the same opinion. He said that to stay competitive they dad to increase the minimal wages to follow in the footsteps of Target, Walmart, etc. Chipotle, too is now offering revised wages upwards of $15.

$15 has become the new minimum almost everywhere. Holly Wade, executive director of the National Federation of Independent Business, says this is the latest example of how Amazon is squeezing out smaller corner stores or “mom and pop” establishments.

Now, these shops will not be able to afford any worker. “The competition is driving up compensation pressures and they can often dominate the markets in which small firms have to compete,” she said. A latest survey of the National Federation of Independent Businesses found that a net 34 per cent of small businesses were forced to raise wages but were still struggling to fulfil job openings.

But Mark Mathews, the National Retail Federation’s vice-president of industry analysis, cautioned against laying the blame for workers’ shortage at Amazons’ doors. He believes the US labor market is undergoing a “demographic crunch” since before the pandemic as baby boomers retired and fewer young Americans started work.

Another reason for the shortage of workers is because the government has failed to announce any minimum wage increase recently. Hence, now Amazon and Walmart are determining the minimum wage standards.

Analysts say that the implications of such and increase have been felt differently in the various parts of the US. “There are areas of the country where $15 an hour is barely enough to survive and areas where $15 would get you a lot further,” Mathews said. “Especially for smaller mom and pop shops that operate in smaller markets where the cost of living is a lot lower, $15 an hour is a limiting factor.”

Diana Coker
Diana Coker is a staff writer at The HR Digest, based in New York. She also reports for brands like Technowize. Diana covers HR news, corporate culture, employee benefits, compensation, and leadership. She loves writing HR success stories of individuals who inspire the world. She’s keen on political science and entertains her readers by covering usual workplace tactics.
« Performance evaluation of employees: Important pointers and processes
Job skills in demand in 2021 »