It’s not hard to imagine that one of the largest online retailers in the world is exempt from workplace controversies. In recent years Amazon has time and again come under fire for its cutthroat management style which has created a struggle for survival among its workers. The company is now facing unionization threats that call for changes to policies for disciplining, firing and safety. In a dramatic turn of events, the retail giant has announced it will pay frontline workers a one-time holiday bonus of up to $300.

Amazon announced on Thursday that it would pay full-time operations workers $300, and part-time workers $150 if they are employed by the e-commerce giant for the entire month of December. This holiday bonus will cost Amazon about $500 million, wrote logistics chief Dave Clark in a blog post.

“I’ve been at Amazon for 22 holiday seasons and this one is definitely unique, to say the least,” Clark said. “I’m grateful to our teams who continue to play a vital role in serving their communities.”

A holiday bonus to squash unionization…

The latest announcement of holiday bonuses comes as Amazon faces backlash over doling out $3,000 as a signing bonus to new hires while only offering $15-$30 Thanksgiving turkey vouchers to long-time employees. Earlier this week, Amazon workers in the Bessemer facility in Alabama notified federal labor authorities of their plans to organize a union drive, a rare step at a company that has successfully suppressed all efforts by its workforce to unionize in the U.S. since the founding in 1994. It is worth mentioning that a majority of Amazon’s workforce in Europe is unionized. 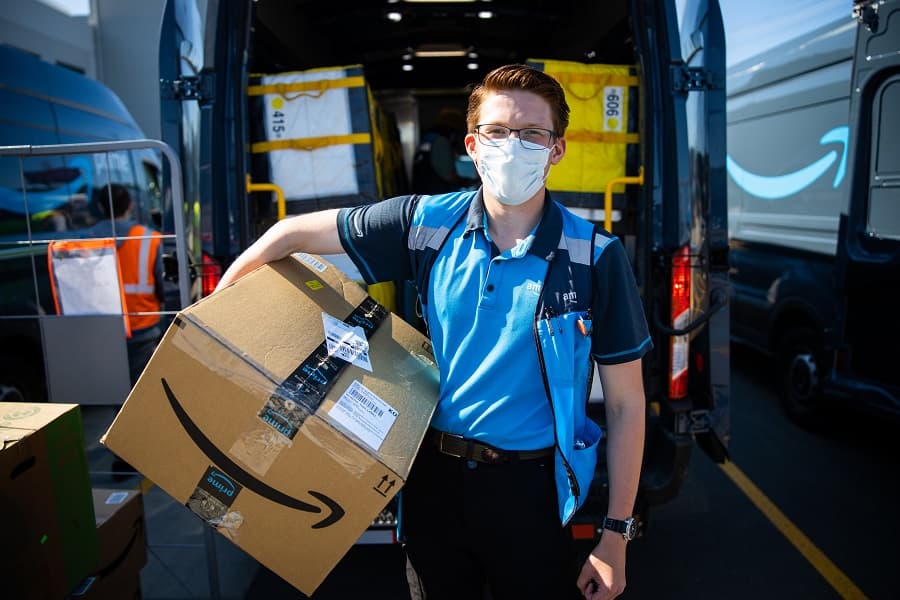 Amazon brings back hazard pay in the form of a special one-time bonus ahead of the holiday rush. (Image: Amazon)

Amazon workers are unhappy with the extensive worker surveillance to boost employee output, noted a research paper issued by the Open Markets Institute, According to the Washington-based research and advocacy group, the retail giant uses tools such as item scanners, navigation software, thermal cameras, wristbands, security cameras and recorded footage to surveil worker productivity in warehouse and stores.

According to the paper, Amazon often moves employees around in an attempt to quell unionization. For instance, it creates heat maps and uses team member sentiment analysis and a diversity index to assess which of its stores may have a higher risk of unionizing, the report says.

Amazon estimates that it will invest over $750 million in additional pay for its store workers in the current quarter alone. This brings the total spent on special bonuses and incentives across its global workforce to over $2.5 billion in 2020.

In June, Amazon spent $500 million on “Thank You” bonuses for front-line employees who continued to come to work amid the COVID-19 outbreak. This decision could have been taken as a damage-control measure after the retail giant came under fire for not providing basic safety protections on the job. Amazon warehouses were still packed with thousands of employees confined to small spaces and eventually contracted the virus. But with Amazon employing nearly 800,000 people, even the most basic measures such as a 3ft distancing policy and doling out hand sanitizer don’t go far enough.

Retail giants Walmart and Target have also paid holiday bonuses to their workers.