A hearing officer of the National Labor Relations Board (NLRB) has recommended that the Amazon union vote be rerun over concerns that the online retailer improperly influenced workers. Amazon workers at the 825,000-square-foot fulfillment center in Bessemer voted overwhelmingly against unionization in April, with a final tally of 1,798 to 738, following a campaign that drew global attention. 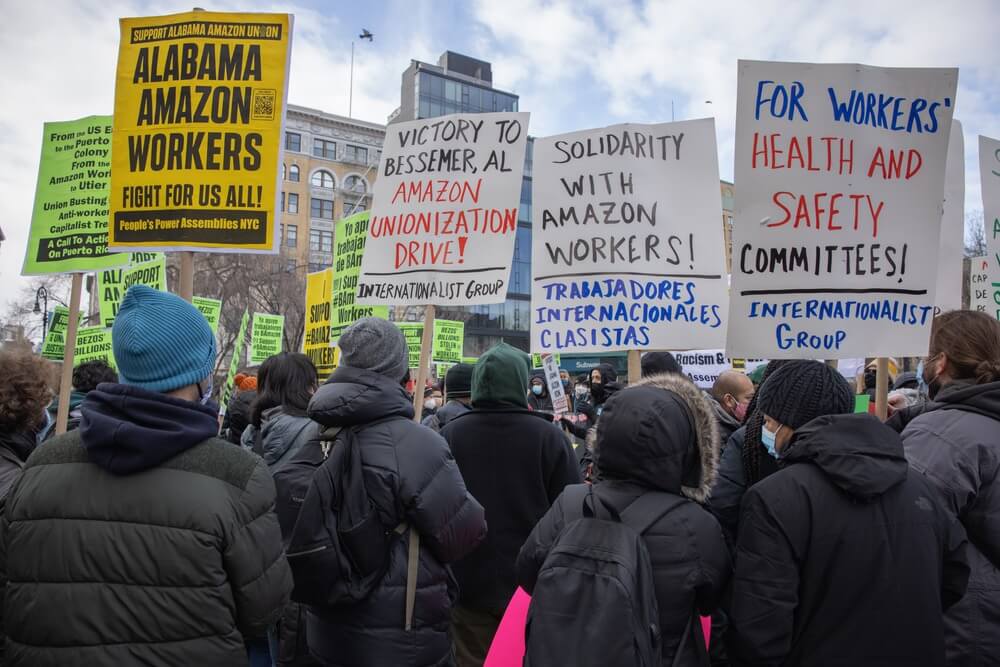 It was the first union election to take place at an Amazon warehouse in the US. It was held by mail due to pandemic concerns’ with over half the warehouse workers cast ballots. Following the failed Amazon union vote, the Retail Wholesale and Department Store Union (RWDSU) immediately filed an appeal, accusing the online retailer of illegal anti-union efforts.

In the coming weeks, a regional director for the NLRB will decide within weeks on whether to order the union vote rerun. This recommendation casts doubt on the online retailer’s victory over unionizing efforts. Amazon is expected to challenge this recommendation, although it hasn’t been released publicly yet.

“Our employees had a chance to be heard during a noisy time when all types of voices were weighing into the national debate, and at the end of the day, they voted overwhelmingly in favor of a direct connection with their managers and the company,” an Amazon spokesperson said in a statement. “Their voice should be heard above all else, and we plan to appeal to ensure that happens.”

According to the RWDSU, Amazon had illegally threatened warehouse workers with reduced benefits and compromised the union election’s integrity via a ballot collection box that it secured outside the Bessemer facility. It also argued that the online retailer had tainted the voting by bulldozing workers to drop ballots in the mailbox while they were in view of the facility cameras. The union argued it gave workers the perception that their votes were being monitored. Amazon also improperly used a purpose-built mailbox with messaging related to its anti-union campaign, the RWDSU said.

The online retailer said the mailbox was installed in order to provide nearly 6,000 eligible Bessemer facility workers an option for returning their ballots and that the tent hid workers from cameras.

“Amazon’s behavior throughout the election process was despicable,” said Stuart Appelbaum, RWDSU president. “Amazon cheated, they got caught and they are being held accountable.”

The National Labor Relations Administrative law forbids companies from threatening to reduce benefits or close facilities when employees support a union. It also prohibits employers against monitoring workplace – especially in case of protected concerted activity such as workers’ right to organize and improve working conditions.

Stuart Appelbaum, the RWDSU’s president, welcomed the recommendation to rerun Amazon union vote, and said: “The question of whether or not to have a union is supposed to be the workers’ decision and not the employer’s.”