Amazonians United, an independent group of Amazon employees, claims that the e-commerce giant fired four workers in Queens because they supported a labor movement. According to BuzzFeed News, on April 14th, the group filed changes with the National Labor Relations Board, alleging that the workers were fired for “protesting terms and conditions of employment.” The group also alleged that Amazon indulged in retaliatory firings to “discourage union activities.”

Workers at Amazon’s warehouses in Long Island City and Woodsland staged a walkout in March, demanding a $3-per-hour wage increase and the reinstatement of their 20-minute rest breaks. The workers were paid between $15.75 and $17.25 per hour, and Amazon has reduced their rest intervals from 20 to 15 minutes. Workers at the Queens facility also signed a December petition calling for a stronger inclement weather policy and the right to keep their phones on them in case of an emergency.

Amazonians United, as a labor group, lobbies for better policies that benefit employees without becoming an official union. In the past, it has been effective in obtaining changes in workplace policies and wage hikes. The National Labor Relations Board (NLRB) must still evaluate the group’s complaint before deciding if it has validity in this case. 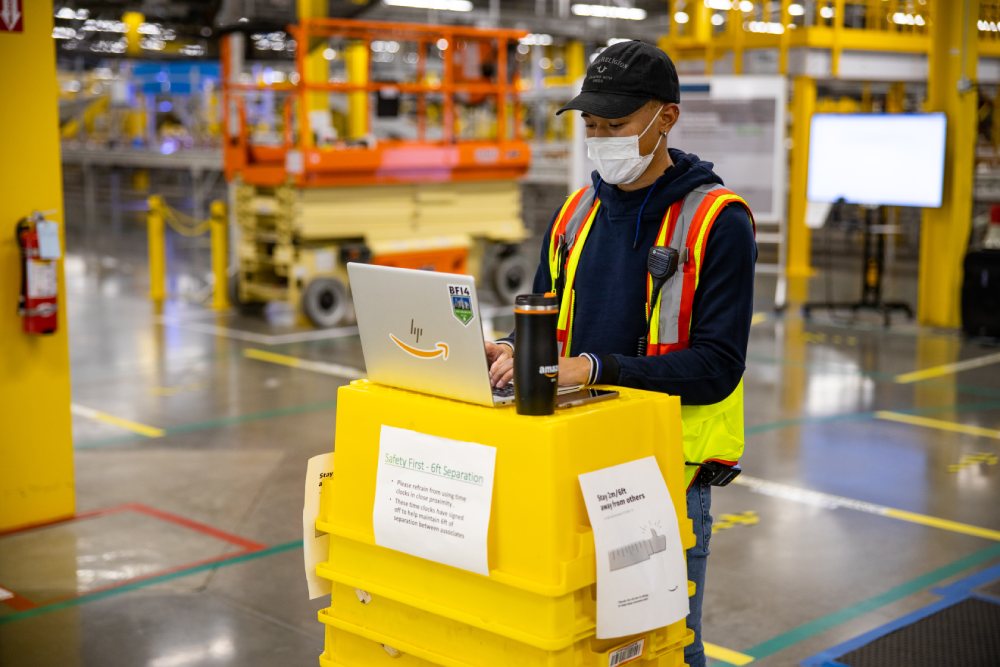 The National Labor Relations Board recently persuaded a judge to force Amazon to reinstate Staten Island warehouse worker Gerald Bryson. The judge agreed with the labor board’s assertion that Bryson was dismissed in retribution for his participation in a Covid-19 safety protest in 2020.

The labor board will also look into the results of a union election in Bessemer, Alabama, where a large number of challenged ballots in a March vote may overturn Amazon’s victory against the Retail, Wholesale, and Department Store Union.

Given the recent surge of labor organizing at Starbucks locations around the country, some have speculated that the Amazon Labor Union’s victory in Staten Island would have a similar effect on continuing labor organizing efforts at Amazon warehouses. Captive audience meetings, a method employed by Amazon and other companies to discourage workers from unionizing, are presently being contested by the labor board’s general counsel, Jennifer Abruzzo, who claimed in a memo earlier this month that the tactic is unconstitutional under US labor law.

Amazonians United, the Queens-based organization that brought the allegations, opposes union elections, stating that any group of employees working together to improve a workplace is a union.

The National Labor Relations Board will investigate Amazonian United’s complaints of retaliation to see if they are true.

Jane Harper
Writer. Human resources expert and consultant. Follow @thehrdigest on Twitter
« What is Job Insecurity?
What Is a Stipend? How Do Stipends Work? »