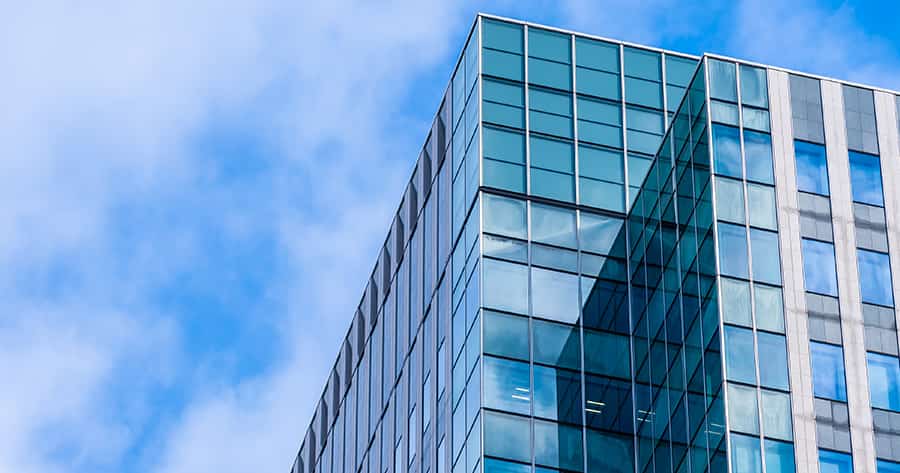 Among this list are also companies that are nowhere near the size of big-name consultancies like McKinsey, Bain & Co., and Boston Consulting Group, but come close in influence. Some are older than a century, while some were founded in the past decade. Let’s take a look.

McKinsey & Company was founded 92 years ago in 1926 by James O McKinsey, a professor of accounting at the University of Chicago. Under the name James O. McKinsey & Company, it offered consulting services on accounting principles as a management tool.

The company not only survived The Great Depression, but it also it thrived in the 1940s and 50s, especially in Europe. Back in the 50s, it was known to cherry-pick consultants from Harvard Business School’s Baker Scholars – the top 5 percent of the graduating class. At one point, more than a third of McKinsey’s consultants were from the Harvard Business School shop. To this day, it is known to hire the best-credentialed people, and pays them well, too.

The notion of “corporate culture” was unknown until McKinsey consultants Tom Peters and Robert Waterman deep-dived into it in their book In Search of Excellence, which sold 6 million copies.

McKinsey & Company is known for letting companies in on the latest management fads. Take, McKinsey’s War for Talent, for instance. The term was first coined by the firm’s Steven Hankin in 1997 and popularized by the book of that name in 2001. It meant “promoting a star performer” even if they don’t have the desired experience.

Today, McKinsey & Company provides its services worldwide. It is headquartered in New York City with a network of 127 offices spread across the 90 countries. The firm employs 27,000 employees and generates $8.8 billion in revenues. Many of McKinsey’s alumni went to become CEOs of Fortune 500 companies including Boeing, Google, and Morgan Stanley.

A 2008 study by USA Today found that the odds of a McKinsey’s consultant becoming CEO at a public company were the best in the world, at 1 in 690.

Bruce Henderson, a former Bible salesman and Harvard Business School dropout founded The Boston Consulting Group (BCG) in 1963. Initially, BCG was a subsidiary of the Boston Company (an asset manager), before becoming independent in 1975. In 2019, the management consulting firm dropped the “The” from its name to better reflect the digital era.

It is said that Henderson revolutionized the corporate world with his brief and highly provocative essays. He called these essays on business strategy ‘PERSPECTIVES, they remain a BCG tradition and are still influential in today’s times.

Boston Consulting Group suffered a slight setback in 1973 when its vice-president Bill Bain left to found his own consulting company, Bain & Co. It quickly recovered between the 80s and 90s as it grew and expanded overseas.

Boston Consulting Group is big on humanitarian contribution to the world. It works on over 350 social impact projects with over 200 organizations across the globe each year. Partnerships with organizations like Save the Children, the Bill & Melinda Gates Foundation, and Teach for All enables the firm to extend their impact beyond management consulting.

It has a workforce of 19,000 employees and makes an average revenue of more $6.5 billion. The firm is headquartered in Boston, Massachusetts with more than 90 offices in 50 countries.

One of Bain & Company’s core principle to success is founded on Bill Bain’s approach to consulting, i.e. investing in the outcomes of work. If the client attained success, Bain & Co. would be rewarded accordingly, and vice versa – if the client failed to perform, Bain & Co. would leave with a smaller cheque to cash.

Bain & Co. is said to have revolutionized the consulting industry by taking an innovative approach to client relationship management. This enabled the firm to focus on developing long-term relationships with these clients. Earlier, consulting work was mostly done on a project by project basis. It was quite unheard of to win multiple projects from single clients.

Today, Bain & Co. advises several Fortune 500 companies in corporate strategy, private equity investments, mergers & acquisitions, market analysis and finance. It functions from 56 locations worldwide and has an average annual revenue of $4.5 billion. The company’s CEO Bob Beckek boasts an approval rating of 99% on Glassdoor, reflecting how well Bain & Co. consultants are taken care of. The firm has won several “Best Firm to Work For” awards and is well-known for its culture of work-life balance.

Mercer Oliver Wyman was oldest of these firms, founded as Oliver, Wyman & Company in 1984. Its founders were Alex Oliver and Bill Wyman, both are former Booz Allen Hamilton partners turned entrepreneurs. The firm was founded with the aim to provide an innovative approach to business through practical consulting and providing clarity to strategy.

Oliver Wyman had made a name for itself for its deep industry expertise which is reflected in its many cutting edge reports they publish each year. For instance, the firm’s “State of the Financial Services Industry” report is known to have made great contributions to the finance sector since its inception in 1997.

Currently, the management consulting firm is spread out over 60 offices in 27 countries and boasts a workforce of 4,500 employees.

Strategy& was born in 2014 when Booz & Company joined the PwC network to create a new kind of consulting business – one that uses strategy expertise with the technology and scale to make it real.

The firm is enriched by a unique heritage which is 106 years old.

Booz & Company was founded in Chicago back in 1914 by the forward-thinking Edwin Booz. It was the first firm to use the term “management consultant.” It proudly calls itself “the oldest continually existing strategy consultancy in the world.” To this day, the firm’s focus remains on practical strategy or “strategy-with-execution,” as Booz called it. In fact, the name Strategy& is derived from Booz’s well thought of publication “Strategy + Business”.

For more than a century, the firm has boasted an impressive list of accomplishment including: the developing of supply chain management theory; the merger between the National and American Football Leagues in the 1960s; helping Chrysler with its historic turnaround in the 70s; and, more recently, developing the concept of organizational DNA in the 2000s.

When it comes to industry expertise, the firm has expert talent across a wide array of areas including: aerospace and defense, oil and gas, automotive, energy, consumer products, media and entertainment, healthcare, retail, financial services, and others.

A.T. Kearney was founded by Andrew Thomas Kearney, a former partner of McKinsey & Co. in 1926. In January 2020, the global consulting firm dropped its founder’s initials as part of global rebranding efforts.

Kearney was founded on three fundamental principles – drawing inspiration from the future, creating a portfolio of competitive opportunities, and being organizationally inclusive.

The management consulting firm grew exponentially in the 1960s as it expanded to London, Paris, Milan, San Francisco, and Düsseldorf. Kearney continued to grow in the 70s. With the mantra of, “Growth, Globalization, and Leadership,” the late 1980s and 1990s were the unquestioned golden years, with 18 consecutive years of double-digit growth, at an annual rate of 25 percent per year.

Kearney specialized in management consulting focusing on strategy and operational issues in businesses and government agencies and institutions, businesses across the globe.

Kearney has its headquarters in Chicago and functions out of 60 offices in 40 countries. It boasts a workforce of 3,500 employees out of which 2,300 are consultants.

The management consulting firm began to lose in revenues after its purchase by EDS in 1995. With much efforts, it made $1.5 billion in revenues in 2000. The firm was bought back by its partners in 2005.

Kearney’s current goal is to double its revenue by $2 billion by the end of this year, as part of its Vision 2020 strategy.

Mercer LLC started in 1945 as the employee benefits departments of Marsh and McLennan. The firm took the name of “William M. Mercer” in 1959, when Marsh & McLennan acquired William M. Mercer Limited, a Canadian firm founded by William Manson Mercer in Vancouver in 1945.

In the 1940s, Mercer grew to become a premier provider of actuarial and benefits consulting services. In the 50s, it expanded through rapid growth and acquisitions to become a global leader in three key areas: Career, Wealth, and Health. With more than 25,000 employees based in 44 countries, Mercer is also the world’s largest human resource consulting firm. Mercer consultants have a client relationship with top companies like Fortune 500 and FTSE 100.

For generations, Mercer has provided clients with actionable insights and forward-thinking solutions. The firm works with clients spread out in 130 nations across the world, helping them continue to make the future brighter for their employees.

In recent years, Mercer has made a name for itself for redefining the future of work. The firm helps create an ideal workforce ecosystem by understanding data and applying it with a human touch across key areas such as employee health plans, retirement plans, and employee performance system.

In 2017, Gartner expanded its research coverage to include major organizational functions including legal, human resources, sales, finance, marketing and communication, and supply chain. The company positions Chief Information Officers and IT leaders for success through actionable insights, and tools that support its initiatives from strategy to execution.

The global management consulting industry is estimated to be worth $155 billion with a market size of $250 billion as of 2020. Companies across the globe depend on these consulting firms to get a competitive edge.