Picking the right approach to leadership gets the most attention, but execution may be just as big a problem. For organizations growing in size and complexity, the job often expands beyond the capabilities of any single leader. That’s why CEOs of many organizations established executive teams – a group of senior leaders who work together to define goals and ensure everyone keeps them in mind.

There are a number of ways to do this, as outlined in co-author David Silverman’s leadership and management book, Team of Teams: New Rules of Engagement in a Complex World. But one of the best ways is to adopt the bottom-up management style. The key, here, is to build teams that are purposeful and resilient with an ability to solve problems that could never be foreseen by a single leader.

In this remarkable interview with THE HR DIGEST, David Silverman discusses the role of establishing a shared sense of purpose and shared consciousness in non-executive teams, and gives his views on what makes a great leader.

The HR Digest: A sense of ‘oneness’ is a highly subjective emotion. How can organizations and teams build a culture of oneness that is infused in Ranger Platoons, SEAL squads, Army Special Force units, or across a task force of thousands?

David Silverman: In my experience, that feeling of ‘oneness’ comes from two conditions – trust and common purpose. 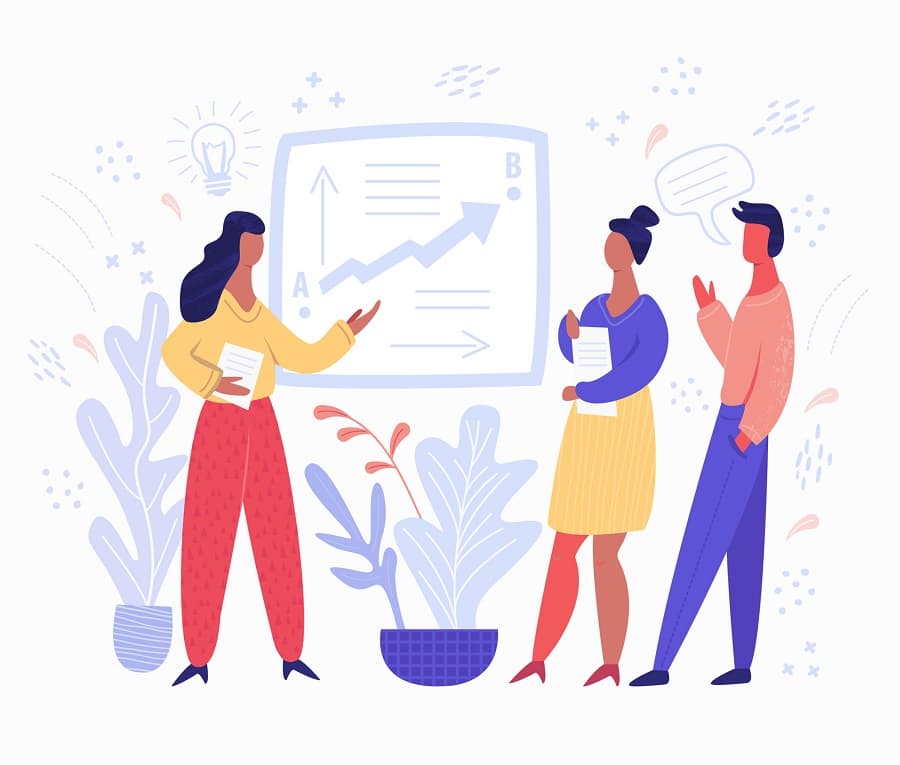 The SEAL Teams are like being a part of a family. You learn to trust each other through concentrated and intense interactions both in training and in combat. You are tested in stressful situations time after time, and team members’ strengths and weaknesses become apparent to each other. Teammates are able to anticipate each other’s reactions and movements, allowing us to rapidly adapt to be consistently successful.

Leaders can help establish this by rewarding team members for speaking up and making suggestions, independent of quality, and modeling behaviors that demonstrate vulnerability, such as admitting mistakes. This fosters an environment where people feel comfortable communicating openly. The academic term for this phenomenon is psychological safety. Like trust, psychological safety is hard to build and easy to destroy – leaders must actively work to maintain it with their teams.

In the SEAL Teams we always meet before and after an event to plan and debrief. In both sessions rank does not matter. It’s key observations and quality suggestions that garner respect. The best teams learn as much from their successes as they do from their failures. Learning from everything going right is harder to do than when things go wrong. Good teams can tear apart their successes to find those incremental improvements.

Similarly, common purpose must become part of the organization’s everyday vocabulary. It isn’t enough to state goals once a year or once a quarter at a company meeting. Employees should be consistently reminded of their common purpose and the role they play in helping the organization reach its objectives. Knowing how the work they do fits into the larger company strategy holistically cultivates a sense of pride and shared success.

The HR Digest: Your book “Team of Teams: New Rules of Engagement for a Complex World,” which you co-authored with General Stanley McCrystal, suggests that ‘every individual does not have to have a relationship with every other individual instead, the relationships between the constituent teams need to resemble those between individuals on a given team.’ How critical is creating shared consciousness via cross-organizational and cross-functional teams in order to flourish in complex and challenging environments?

David Silverman: Shared consciousness is the single most important capability for organizations operating in complex environments. Even when teams are aligned on the goal they are trying to achieve, empowered teams that lack a shared understanding of their environment and impact on one another pose a dramatic risk to the organization. Decisions made in isolation inevitably have unrecognized second and third order effects, the magnitude of which may be unknown until after the fact.

On small teams, shared consciousness develops naturally – information flows freely, and any lesson learned by one individual becomes a lesson for the group. But as organizations scale, creating and maintaining shared consciousness must be intentional. The companies CrossLead has worked with who have done this successfully have taken a very disciplined approach to it, leveraging regular cross-functional forums to share key learnings and decisions, as well as our technology that surfaces updates, risks, and other critical information to other teams. With the right operating mechanisms in place, shared consciousness can scale across the enterprise.

The HR Digest: Organizations are often criticized because they cannot adapt to continuous uncertainty and change. How can organizations replicate the resilient characteristics we observe in US Navy SEALs? 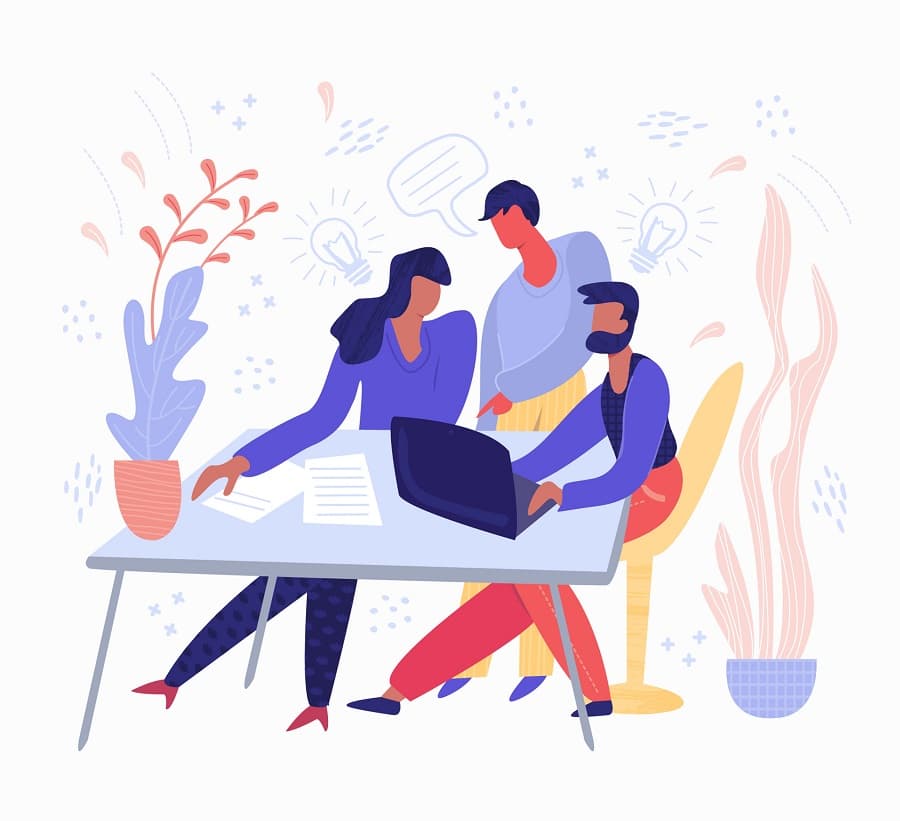 David Silverman: Adapting to change is difficult for companies because there is a lot of inertia – legacy organizational processes and structures are not designed for flexibility. While the military is arguably the biggest bureaucracy, the Special Operations Forces’ success hinge on their ability to make and execute decisions in real-time. This enables them to adapt quickly as they learn, continuously improving as they work towards their mission.

To be adaptive the individuals must be empowered to make decisions locally. The people closest to the opportunity must be able to make decisions consistent with the goals and objectives of the enterprise. So as Leaders our job is to constantly push decision making down to the most appropriate level. Establish accountability mechanisms through transparency that provides context and alignment.

Empowerment should highly correlate to speed. In high stress, rapidly changing environments, speed is usually the most decisive factor.

The HR Digest: What personal qualities, values or experiences would you say are essential in a good leader?

David Silverman: The two characteristics that stand out to me in the amazing leaders I have known are self-awareness and discipline. Good leaders constantly look for ways to improve themselves and the teams they lead, and this means they must see reality clearly and be capable of recognizing their own faults. Being aware of one’s self helps leaders recognize when the environment requires them to change to be successful.

Similarly, good leaders are extremely disciplined. They demonstrate mastery of the fundamentals – meetings they lead have a purpose and reach their intended outcomes, the decisions they make are based on data rather than emotion, and they ruthlessly prioritize their own to-do lists and those of their organizations. Every company has a long list of goals – choosing what not to do is more important than choosing what to do. Good leaders have the discipline to keep their companies focused on their most important objectives.

The HR Digest: Who had the most significant influence on shaping you as a leader? 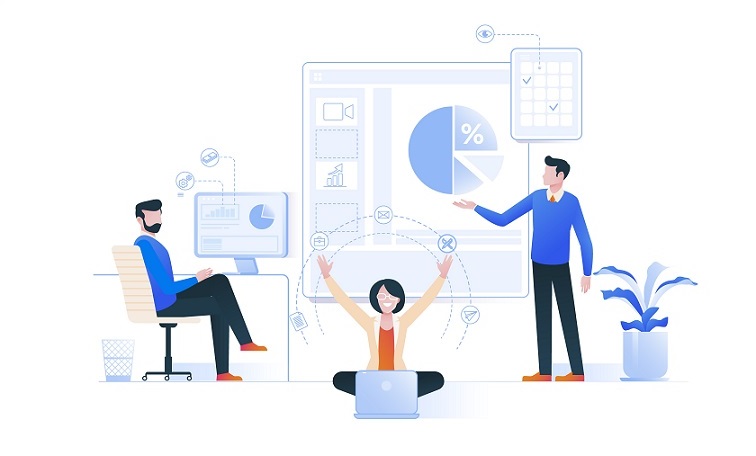 David Silverman: This is a really tough question, as so many individuals have had a profound impact on me as a leader. The person who stands out most to me is my high school water polo coach, Larry Rogers. Larry taught us how to win and what it took to win consistently, which was extreme physical and mental discipline and a sense of “team” above self. Though our team had an outstanding record, he treated our losses with just as much enthusiasm as our wins because it gave us an opportunity to reflect and learn. Learning to win was critical in my own development. When you think about winning you usually imagine the joy of and rewards of success.  But for me it was much more about the process or journey than any outcome.

Intense daily sacrifices and physical suffering conditioned the mind and made us resilient. The required discipline that it takes to achieve and sustain high performance is something that I was fortunate enough to learn at a relatively early age. I constantly leverage those lessons when trying to make it through the Naval Academy or through SEAL training or on the field of battle and today as an entrepreneur.

This article first appeared in the April 2019 issue of The HR Digest magazine. 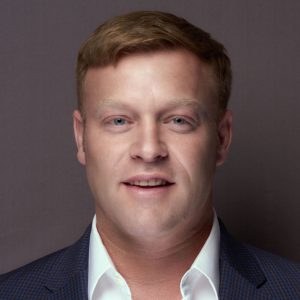 Leadership expert and best-selling author David Silverman has paved the way in transforming groups into high-performing, agile, and adaptive teams that drive success. David continues to bring out the best in people as CEO and Founder of CrossLead. A graduate of the United States Naval Academy, David served in the US Navy as a SEAL Officer for 12 years. Building off of his collective leadership experiences, David created CrossLead as a holistic leadership and management solution for the digital economy. CrossLead is designed to empower leaders, teams, and organizations to scale the adaptability of elite small teams to the entire enterprise.

David previously cofounded McChrystal Group with General Stanley McChrystal, and led the company as CEO. During his time at McChrystal Group, David laid out the framework for CrossLead as a co-author in the New York Times bestseller Team of Teams: New Rules of Engagement for a Complex World.