Sigmund Freud himself identified love and work as the cornerstones of humanness. But drop the L word at the office and minds go to garish affairs, sobbing in the bathroom, and memos from the human resources. People see love as a potential for abuse, alliance, and distraction, all three of which threaten the bottom line.

That’s a shame. Love has a strong influence on the cultural blueprint of a workplace. (Note: Here we’re talking about “compassionate love” based on warmth, affection, and connection rather than romantic love.) The more love employees feel at work, the more engaged they are. Company policies and practices that foster affection, compassion and caring among workers maintain a strong culture of employee satisfaction, productivity, and client satisfaction that comes with it.

Actions like hugging can show “compassionate love” at work, according to Sigal Barsade, a management professor at the University of Pennsylvania’s Wharton School. But in an emotional culture characterized by love and compassion, even the smallest nonverbal gesture such as an unwelcome embrace can be a brash declaration of power differential in play.

Ray Kelvin, the founder and chief executive of British fashion chain Ted Baker PLC, is accused of harassment for a regime of “forced hugs,” at the retailer’s head office. A petition signed by more than 60 current and former staff and published by the employee advocacy group Organise, says Kelvin, 63, regularly “tries to massage people around the office, insists on long hugs with staff members, touches them inappropriately and openly asks his staff for sex.”

You can imagine the repercussions. Ted Baker has confirmed the appointment of law firm Herbert Smith Freehills to conduct an investigation into claims about Kelvin’s alleged behavior, including kissing ears and giving unwanted hugs and massages. The petition, which drew interest in the media, marks a salutary warning to employers that things will never be the same in the post #MeToo era.

In 2019, no man or woman should have to put up with ‘forced hugs.’ Without consent, any gesture of affection in the workplace is an invasion of another person’s physical space. These behavioral issues aren’t going away; they are here to stay. Organizations should have a clear policy in place outlining what is and is not acceptable.

Aaron Goldstein, a partner with law firm Dorsey & Whitney LLP’s labor and employment group, advises against creating a culture of workplace hugging. Goldstein doles out on how companies can preclude unwelcome behavior in the workplace without losing their emotional pulse. 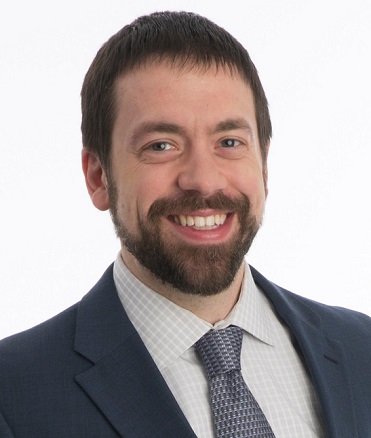 The HR Digest: The UK fashion retailer said hugs are “part of Ted Baker’s culture, but are absolutely not insisted upon.” There are industries where one will see a lot more hugging, such as fashion, fundraising, and hospitality. It’s a gray area. Does the culture of the industry or profession matter? Aaron Goldstein: The short answer is no, industry customs do not matter. Sexual harassment is defined, in part, as conduct that is offensive to a reasonable person. What constitutes a “reasonable person” is whatever the twelve randomly selected people on a jury say it is. It is the background, preconceptions, and values of each juror that set the standard for what constitutes sexual harassment. A defendant can always try to influence the jurors’ standards by pointing to what is “reasonable” in the industry, but when the judge instructs the jury, the judge will tell the jurors to evaluate the case based upon what they believe would be offensive to a reasonable person, not what is reasonable in the defendant’s industry.

The HR Digest: Workplace hugging is recommended by some management experts and academics, including Sigal Barsade, management professor at the University of Pennsylvania’s Wharton School. A hugging culture is said to reduce absenteeism, generate higher sales, and lead to less burnout. What are your thoughts on the growing acceptance of corporate hugging? Aaron Goldstein: An official policy encouraging hugging in the workplace is, at best, an invitation for misunderstanding, and at worst, a vehicle for harassers in positions of power to force unwanted physical contact upon subordinates. The heart of the Ted Baker issue is not that people were hugging people in the workplace per se. Rather, it is the fact that people in positions of power were pressuring subordinates to engage in physical contact they did not want. Some people don’t want to be hugged and don’t want to face social pressure for not wanting to be hugged. In the eyes of the law, the right of every employee to have his or her physical boundaries respected far outweighs any benefit associated with a pro-hugging culture in the workplace. Companies that don’t follow this rule do so at their peril.

The HR Digest: A select task force on the study of workplace harassment commissioned by the EEOC outlined how power can make an individual feel uninhibited and thus more likely to engage in inappropriate behaviors. What can leadership do to ensure that any coalition leading the effort to create a workplace free of harassment is vested with enough power and authority to take proportionate corrective actions? Aaron Goldstein: The best thing leadership can do to ensure that those responsible for creating a harassment-free workplace are empowered, is to ensure that no one is immune from prosecution—no matter how much money he or she brings in to the company, no matter how senior he or she is within the organization, and no matter how well liked he or she may be. The most damaging and high profile cases of sexual harassment in the news over the last several years have all involved people in positions of power using that power to avoid the consequences of his or her actions. Whether it is Bill O’Reilly or Harvey Weinstein, the outrage surrounding these stories has had a lot to do with the perception that perpetrators were able to avoid the consequences of their actions because of their money and power.

The HR Digest: Some will argue that Ted Baker’s “forced hugging” culture is not as bad as sexually-oriented behavior, such as touching, rubbing, or groping. What can men and women do when the workplace harassment is insidious and often so hard to pin down? Aaron Goldstein: Cases like the one facing Ted Baker are never free of sexual overtones. The “forced hugging” petition included allegations that the owner made sexual innuendos at staff, stroked people’s necks, and openly talked about his sex life. Picking out just the “forced hugging” misses the larger context that makes the hugging so objectionable. Even in more subtle cases, companies should set bright-line rules that empower employees who might otherwise not feel free to respond. For example, companies should make clear that unwanted physical contact will not be tolerated and every employee is free to set their own personal boundaries, even if others are comfortable with more physical contact.

The HR Digest: With National Hugging Day (Jan. 21) just around the corner, do you think it’s wise for corporates to create a “hugging policy,” especially if they have a culture that involves hugging? Aaron Goldstein: The best policy is one that makes clear that every employee has the right to be free from any unwanted physical contact. The policy should encourage employees to let their co-workers know if hugging or other physical contact is unwanted. Managers and others in positions of power within the organization should be trained to be careful when engaging in any physical contact with subordinates and to be mindful that subordinates may feel obligated to “go along” with conduct they do not like.