Automation: A Potential Game Changer for Mining and Maritime Industry

The use of automation technology is rapidly changing the landscape of various industries, mostly in the labor-intensive sectors. Robotic loaders and remotely-controlled trucks are significantly reducing operational costs in the mining sector. Automation in Maritime industry is turning crew members into system managers.

The fourth industrial revolution buildup is instilling fears of massive job loss among employees in varying sectors, due to the shift’s primary focus: automation. More people are becoming skeptical about choosing certain careers, while employers in some sectors are getting more assurance of not having to push so hard on talent management in the future. Automation is inevitably the future of our industry; robots are gradually taking over perilous jobs and labor-intensive industries such as mining and maritime are intensively observing massive AI intervention.

Autonomous shipping and the ability to control trucks inside mining pits from an office are some few technologies emanating from artificial intelligence. Developments in telecommunications, computing technologies, and electronic sensors are inspiring less of human intervention in controlling some sensitive equipment including vehicles, planes, helicopters, trains, etc.

Employee recruitment and retention in remote areas such as deserts and mountains include one of the major challenges mining companies face in maintaining productivity, with increasing depth another factor alongside workforce safety. These and many more challenges and the struggle for energy efficiency inspired world mining leaders a few years ago to launch a large-scale process of updating their mining facilities. The aspiring growth and expansion must are now beyond manpower challenges but driven by automated technologies and “smart” solutions.

Mining companies are increasingly moving to the latest automation technology to modernize their operations. Rio Tinto, for instance, is using 73 driverless trucks to move iron ores from four of its iron-ore mines in Australia 24 hours a day. Rio Tinto employees supervise the vehicles from a centralized control center stationed 750 miles away in Perth. 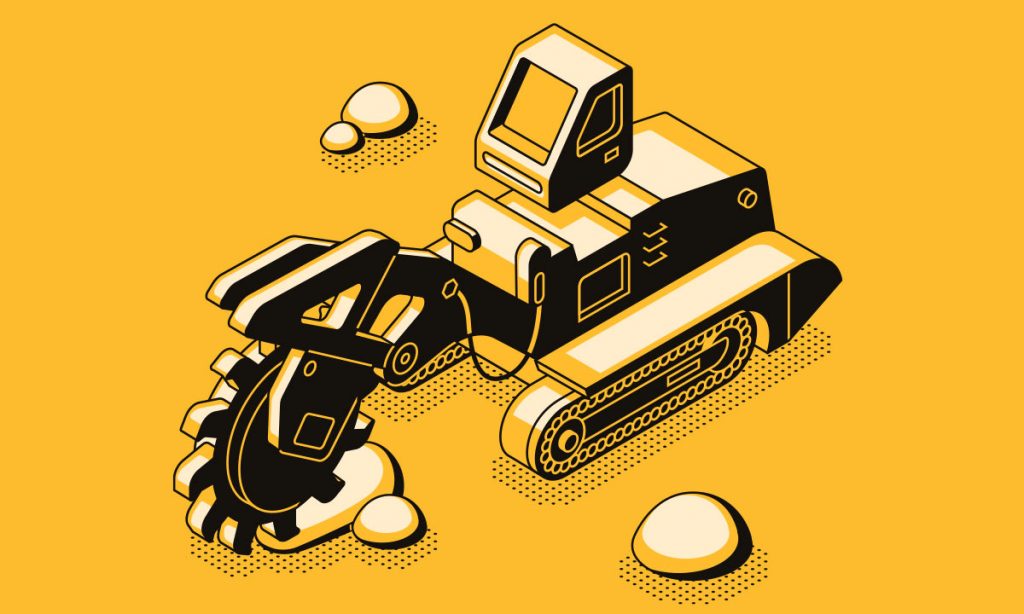 In a similar move, Swedish mine operator Boliden is building an autonomous gold mine in partnership with cell phone company Ericsson which has installed 5G network at the site to allow mine’s ventilation system to save an efficiency gain of 54% or 18 megawatts of energy every year.

In partnership with Cisco System, Barrick Gold Corporation is using Wi-Fi sensors to track every miner’s output in its mines near Elko, Nevada. The US mining company is also using other mining automated technologies to lower production cost for an ounce of gold to US$700.

In Mali’s capital Bamako, Resolute Mining firm, which took over gold-rich Syama mine since 2015, is partnering with Swedish engineering company Sandvik to implement the world’s first fully automated mine. Sandvik, which has a strong history of providing automation, is deploying automated trucks, robotic loaders, and drills at the Syama mine estimated to have a total of 2.9 million ounces of gold.

This game-changing opportunity is expected to provide generous value to the mining sector at large. MarketsandMarkets Inc. suggests that mining automation market could grow by almost 50% in the next 6 years to reach US$3.29 billion by 2023. The growth will be inspired by the combination of decreased expenses and increased safety and productivity characterized by automation process. 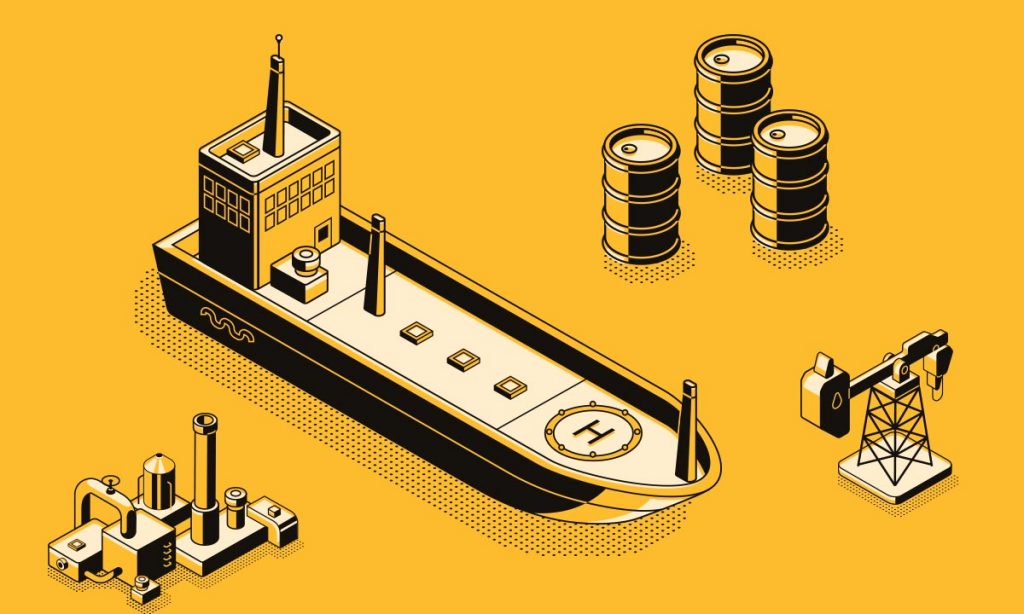 The use of automation on ships is mainly to reduce human error and workloads. In other words, automation in maritime enhances safety and reduces the cost of workforce. Automation here seeks to integrate multiple systems/operations to produce a massive integration of ship control and navigation systems.

Human error has been estimated to cause between 75 to 96% of marine accidents. According to a review by insurance company Allianz Global Corporate & Specialty, 75% of 15,000 marine liability insurance claims are due to human error.

Autonomous ships will traverse the ocean by 2035

The degree of automation in maritime industry is yet to be satisfying. Rolls-Royce is leading a race to introduce autonomously-operated vessels into the maritime industry. The company is currently developing autonomous technology to make the service a reality in the next few years. To be more précised, Rolls-Royce is planning to launch an autonomous local ship that will be manned remotely by 2020. The company also plans to release remotely-controlled autonomous ship that would travel through international waters by 2025 and release fully-autonomous unmanned ships that would traverse the ocean by 2035.

In November 2016, Automated Ships and Kongsberg Maritime signed an agreement to develop the world’s first unmanned and fully autonomous ship. The offshore supply vessel was slated to become operation by 2018, but the team has missed the timeline. 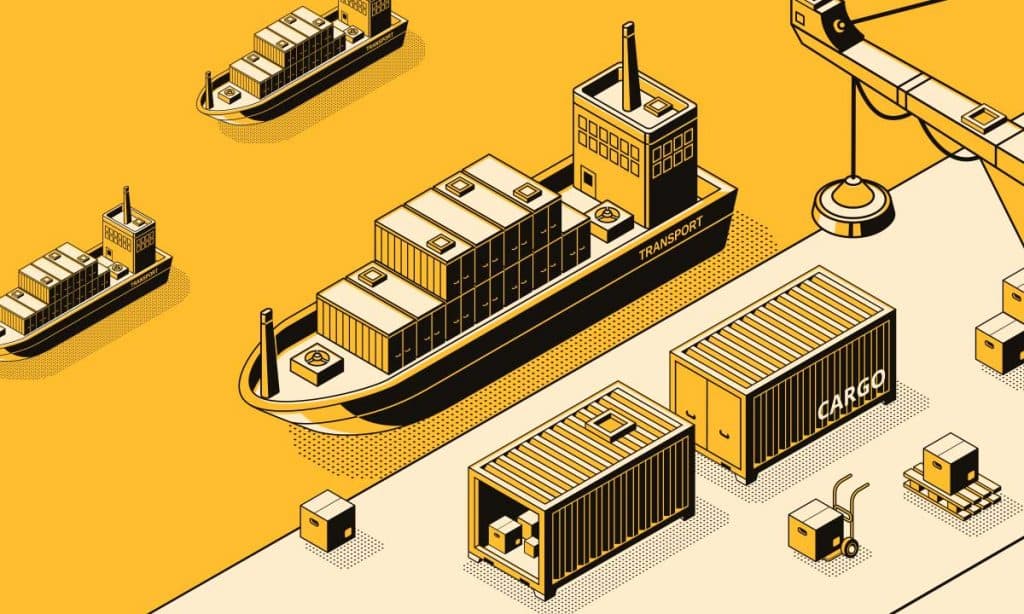 Japanese shipping companies are collaborating with shipbuilders to build self-piloting cargo ships, which could become operational by 2025. The One Sea ecosystem project aims at introducing fully remotely-operated vessels in the next three years to operate autonomous commercial maritime vessels on the seas by 2025.

While autonomous and remotely-operated shipping technology is being developed, current vessels on the sea have the ability to evaluate its health and surrounding environment which are crucial in making decisions. The introduction of automation in the maritime industry will drastically transform the entire chain of cargo transportation and the operation of shipping vessels.

Aside from safety, automation will enhance productivity by reducing the cost of fuel and energy usage. Crew costs that include heavy ballast, crew quarters, air-conditioning units, and other travel amenities, including salaries can amount to 40% of operating expenses, depending on the vessel. Weight reduced by eliminating these items from the ship will significantly reduce fuel costs while still offering more space for cargo. Also, designated lanes inclusion on the high seas for autonomous shipping will improve logistics as well as contribute to a more efficient cargo transport system.

While the probability of piracy incidents is allegedly lower in autonomous shipping, threats such as cyber-attacks may be on the rise to gain access into these vessels without custom efforts by crew members to stop hijacks.

Job loss is not the only threat posed by the use of automation in mining or maritime industry. Both systems constitute their flaws associated with the lack of sufficient human presence. Automation technology will increase productivity and safety at mines aside from decreasing expenses. But the technology will also negatively affect relationships between mining companies and their hosting communities, including regulations.