Reading is a good habit; anyone who reads knows how to utilise time well and gain knowledge and a broader perspective of the world and beyond! There are uncountable books to start reading with, but you would be lucky if you get the book recommendation list by Bill Gates. Today we share some of the beautiful books that Bill Gates recommended everyone to read and cross this tide of the unpredictable pandemic. Be it to overcome a stressed mood, get a distraction or to increase knowledge in this tough time, get hold of the following reads to cheer up mood and get motivated. There are few of the books recommended by bill gates to read for enhancing your knowledge.

Bill Gates is a technologist, business leader, and philanthropist. He grew up in Seattle, Washington, with an astonishing and caring family who stimulated his curiosity in computers at an early age. He dropped out of college to start Microsoft with his childhood friend Paul Allen. He married Melinda French in 1994 and they have three children. Today, Bill and Melinda Gates co-chair the charitable foundation bearing their names and are occupied together to give their wealth back to society.

When Bill Gates and Paul Allen started Microsoft, their prophecy of “a computer on every desktop and in every home” appeared unbelievable to utmost people. Today, thanks to Microsoft and many other companies, which dream is a realism in numerous parts of the world, and individual technology is an integral part of society.

Bill Gates grew up in Seattle with his two sisters. His dad, William H. Gates II, was a Seattle attorney and one of the co-chairs of the Bill & Melinda Gates Foundation. His late mother, Mary Gates, was a schoolteacher, University of Washington regent, and chairwoman of United Way International.

These days Bill Gates emphases utmost of his time on the work he and Melinda are doing through their foundation. People are often amazed to hear him say that this work has a lot in mutual with his work at Microsoft. In both cases, he gets to carry together clever people and cooperate with them to solve big, tough problems.

Bill Gates is gratified to recognize that the foundation and its countless partners are helping people all over the world live healthier, more productive lives. 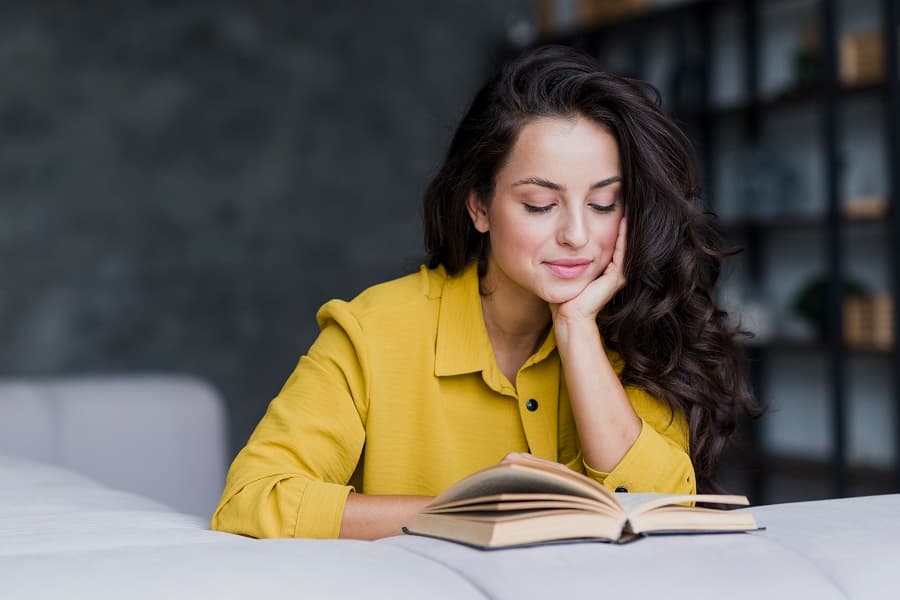 This book is a memoir as well as a guide into handling and processing trauma. The writer, Dr Edith Eva Eger, was only sixteen years old when she, along with her family, was sent to Auschwitz. After facing and surviving unbelievable horrors, she shifted to the United States and became a therapist. The background and her experiences gave her a fantastic insight to offer suggestions to people on how to tackle difficult situations.

Written by David Mitchell, the novel has an interesting though an elaborate plot as it six inter-related stories which occur centuries apart. This is a good read for people who look for tales depicting the best and worst of humanity.

The Ride of a Lifetime

This business book was written by Bob Iger, who explains what it’s like to be the CEO of a large company. Whether a person is looking for business insights or wants an entertaining read, the stories about overseeing Disney during one of the most transformative times in its history is superb!

For the history lovers, this novel by John M Barry depicts the 1918 influenza pandemic. The writer teaches almost about one of the deadliest outbreaks in human history.

Writers Abhijit V. Banerjee and Esther Duflo won the Nobel Memorial Prize in Economic Sciences and are reputed economists and wrote this bookmaking economics accessible to the average person. Their book delves on inequality and political divisions by focusing on policy debates most prominently in wealthy countries like the United States.

The Headspace Guide to Meditation and Mindfulness

Andy Puddicombe, a former Buddhist monk, book ‘The Headspace Guide’ and the app ‘Headspace’ offer several helpful metaphors to explain potentially tricky concepts in the field of meditation. It also focuses on tips and tricks to de-stress and re-focus each day in our daily lives.

Joshua Foer is a science writer who got interested in the ways the memory works and why some people seem to possess a fantastic ability to recall facts. Through the book, the writer takes readers inside the U.S. Memory Championship and introduces them to the techniques that allowed the writer himself to win the contest a year.

A Gentleman in Moscow

The main character of this novel by Amor Towles is living through a situation similar to the present case. However, in the book he can’t leave the building he’s living in and not because of any pandemic, but because it’s 1922, the person is Russian who is serving a life sentence under house arrest in a hotel.  The book makes an exciting read!

All three of Graeme Simsion Rosie novels are hilarious and makes readers laugh. The stories are about a genetics professor with Asperger’s Syndrome who in the first book is out looking for a wife and in the second and third books starts a family. Ultimately in the third novel, the story is about getting inside the mind and heart of someone a lot of people perceive as an odd human and also discovering that he isn’t that different from anybody else.

Anna Verasai
Anna Versai is a Team Writer at The HR Digest; she covers topics related to Recruitment, Workplace Culture, Interview Tips, Employee Benefits, HR News and HR Leadership. She also writes for Technowize, providing her views on the Upcoming Technology, Product Reviews, and the latest apps and softwares.
« What Makes Tesla A Great Place to Work?
Looking for Training Ideas for Remote Workers? »