From a school-going kid to an adult, who does not know Bill Gates? Gates is one of the most admired businessman in the world. He’s admired not only for his business acumen but also for the philanthropy that he does. Little do we know that Gates is also a voracious reader and he regularly shares recommendations on his blog ‘Gatesnotes.’ This year’s list of Bill Gates recommended books is out for summer and it is incredible, as always. Gates posted an article of his recommended summer reads on his blog and we loved how Gates mentioned what he learned from some of these books. He mentions that the books listed in the summer recommendations 2017 helped him gain new insights. He said that he learned things which shed light on how the experiences shape people and where humanity may be headed. 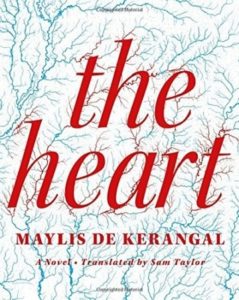 Gates says that even though you will find this book in the fiction rack at the bookstore, Kerangal has amazingly explored grief in a way that is closer to poetry. The author in this book mentions a story of a heart transplant; about how the parents of a young man, who gets killed in an accident, take the decision of donating his heart.

But the millionaire businessman mentions that compared to the strength of the characters and words, the plot is secondary. The language used in this book is so powerful and beautiful that it easily connects you with characters that may be a part of the story for even just a few minutes. 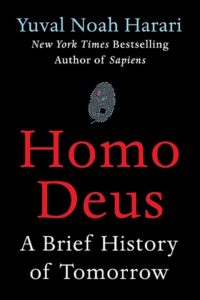 In the Bill Gates recommended books of last summer, the businessman had mentioned the book Sapiens. Homo Deus is a provocative follow-up and Gates says that this one too, is equally readable, though provoking, and challenging. Deus puts forward a perspective that in the 21st century, the principles organizing the society will undergo a major shift. Huge life consequences will follow this.

Till now, the things that have shaped our society and the way we measure ourselves by are either religious rules or earthly goals. Religious rules like how we can live a good life or earthly goals like how to get rid of war, hunger, and sickness have shaped the society. Gates mentions that even though he does not agree with everything that Harari says; the author does have a smart perspective towards what may be awaiting for humanity. 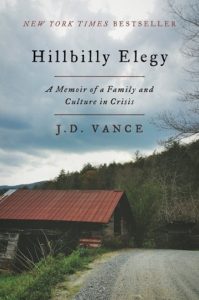 In his blog, Gates mentions that he only vicariously knows about the disadvantaged world of the poor white Appalachia; that is described in this heartbreaking, terrific book. Vance’s father had abandoned him, and his mother did not show much interest to parent her son. After which, his loving grandparents raised him.

Vance survived his impoverished and chaotic childhood against all odds, to land at the Yale Law School. This book offers deep insights into the complexity of the family and cultural issues behind poverty. Gates mentions that along with this insight the real magic is in this book’s story itself, and Vance’s bravery of telling it. 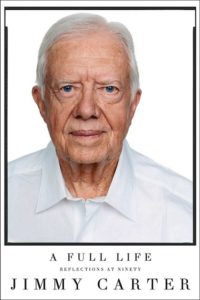 Jimmy Carter, the former president has written over two dozen books already. But Gates notes that somehow he has managed to save some really great anecdotes for this book. It’s a quick and condensed tour of the fascinating life of this former President.

Gates loved reading about the improbable rise of Carter to the world’s highest office. He says that this book will help in understanding that how growing up in Georgia; in a house that did not have electricity, running water, and insulation; shaped him for both better and worse, his time in the White House. Even though the stories are from previous decades, this book is timely in the era where the public has a low confidence in national institutions and political figures, says Gates.

Gates says that as a fan of ‘The Daily Show’ he loved reading this memoir. It describes how the host of this show honed the outsider approach to comedy over his lifetime of never fitting in. Noah was born to a Swiss father and a South African mother in South Africa. He was a bi-racial child in this country where mixed-race relationships were not allowed. Gates mentions that most of Noah’s story of growing up in this country is tragic. However, he adds that often Noah’s moving stories will leave you laughing.

We have started collecting the Bill Gates recommended books for summer 2017. What about you?

Anna Verasai
Anna Versai is a Team Writer at The HR Digest; she covers topics related to Recruitment, Workplace Culture, Interview Tips, Employee Benefits, HR News and HR Leadership. She also writes for Technowize, providing her views on the Upcoming Technology, Product Reviews, and the latest apps and softwares.
« When Complaining At Workplace Goes Out of Hand
Accepting A Low Paying Job is Not A Taboo »