Your chances of getting employment may be directly affected by where you live. That’s what a recent study by Movinga suggests, anyway.

Using data from Organization for Economic Cooperation and Development countries, as well as “a few key trending nations which are booming with job opportunities,” the German relocation company ranked 100 cities by their job opportunity score.

The data-driven survey was based on 14 socio-economic and political factors:

Boston As Best City To Find A Job

Boston was boosted by high scores for standard of living and opportunities for youth and women. What’s interesting about the Boston economy is that it is also the epicenter for higher education and home to several large industries.

Munich has a much stronger economic score than Boston, but a lower standard of living. Oslo, Norway, which is eight on the list, is the best place for women to find a job. Ljubljana, Slovenia, which ranks 54th on the list has the lowest gender wage gap. Hong Kong which ranks 72nd has the highest gross domestic product growth, but also the highest cost of living.

Twenty U.S. cities made the list. German cities fared especially well in Movinga’s rankings, with four cities in the top 10.

Here are the top 10 cities in the world to find a job, according to the report. Please click on the image to enlarge it. 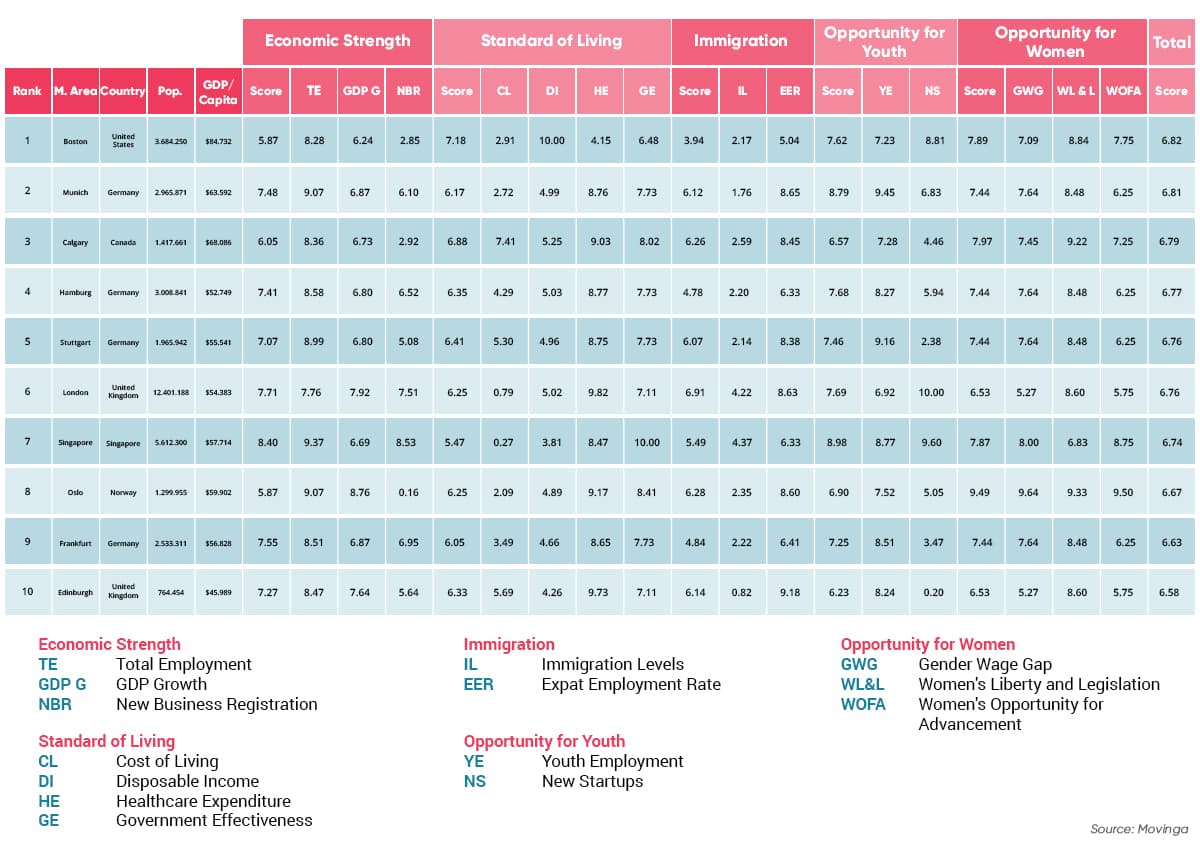