The fourth industrial revolution of intense technology has come with doomsday predictions for the workforce in certain industries. Earlier, the wave of automation led to disruption for people employed in repetitive and manual jobs done by the blue-collar brigade; now the effects of the same will be felt by the highly skilled white-collar employees too.

A new study by Stanford University economist Michael Webb and published by Brookings Institution says that technology based on Artificial Intelligence (AI) and deep machine learning that imitates human reasoning will take over white-collar jobs in the near future.

The study says workers with higher education and pay will be susceptible to the changes brought in by AI in the workplace.

Earlier studies like the 2017 Mckinsey report have revealed that almost 50 percent of work activities were already automated, especially in the manufacturing sector.

“Just as the impacts of robotics and software tend to be sizable and negative on exposed middle- and low-skill occupations, so AI’s inroads are projected to negatively impact higher-skill occupations,” the study states.

Workers with graduate or professional degrees will be almost four times exposed to AI compared to workers with just high school degrees, the report states. 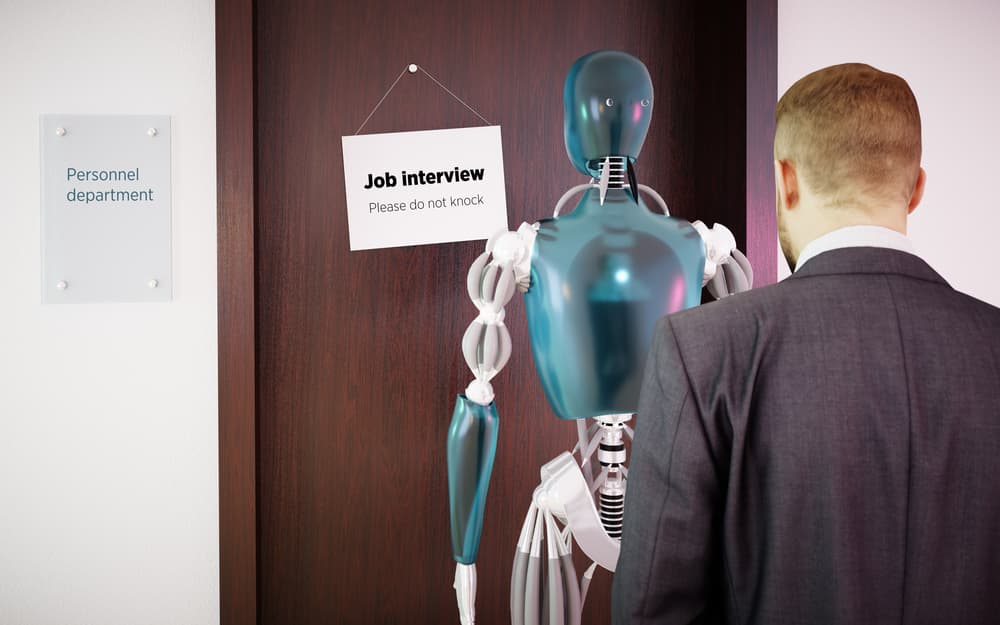 “Just as the impacts of robotics and software tend to be sizable and negative on exposed middle- and low-skill occupations, so AI’s inroads are projected to negatively impact higher-skill occupations,” the study states.

The researchers of the study analyzed the overlap between the job descriptions and the AI patents using natural language processing (NLP) techniques to arrive at ratings for each job. For example, a research analyst job shares a common description pattern with AI patents which has analyst, data analyst, data tracking specialist as job descriptors.

Concerns have been already raised about how a large number of people are steadily losing jobs to robotics and increased mechanizations. This new patent research now raises additional concerns of more higher-end jobs requiring specialized skills and education, falling foul to increased use of AI.

The Stanford study does not explicitly say that the white-collar jobs will be lost but that “they might be impacted,” in the sense AI technology will take up some part of their job or augment it rather than supplanting it.

The demographics most affected will be highly educated in white and Asian men. Industries with more number of women are less likely to be affected by the advent of AI.

Impact of AI On Jobs

“Better-paid, white-collar occupations may be most exposed to AI, as well some agriculture and manufacturing positions,” the report reads.

Workers aged 25-54 will be most impacted by AI, according to the report.

The impact of AI can be both positive and negative. The researchers believe that the highly skilled better-educated segment will also be the most equipped to weather the changes brought about by the use of AI in their fields.

“White-collar workers with higher education levels may have better resources to roll with it and adjust more than, say lower-educated manufacturing workers in the U.S. with fewer skills,” said one of the researchers involved with the study.

More than 25 million workers in the U.S. around 15 percent of the labor force, maybe impacted the most by AI technology, read the report.

Sales managers, computer programmers, financial advisors, legal professionals, and marketing analysts are some of the professions where AI will make huge inroads.

Nobody is sure, how the AI effect will play out in the job market.

An expert involved with the study is optimistic about the outcome of the advent of AI. He believes it might create new jobs for the people in the profession. AI will not be able to completely take over all the functions of the jobs that are potentially under threat.

But the lead researcher of the study, Michael Webb, is not so sure. He says in the tests that he had earlier conducted on job descriptions that had commonality with the language found in the patents, a large decline in employment and wages was observed between 1980 and 2010.

Anna Verasai
Anna Versai is a Team Writer at The HR Digest; she covers topics related to Recruitment, Workplace Culture, Interview Tips, Employee Benefits, HR News and HR Leadership. She also writes for Technowize, providing her views on the Upcoming Technology, Product Reviews, and the latest apps and softwares.
« What’s Wrong with Microsoft’s Four-Day Workweek Experiment
How To Politely Decline A Job Offer »