Home > Resources > Q & A with Jane > Can Your Employer Require You to Get a COVID-19 Vaccine?

Can Your Employer Require You to Get a COVID-19 Vaccine?

The coronavirus pandemic is far from over for the U.S., but the Delta variant means the “war has changed,” as leaked report from the Centers for Disease Control and Prevention (CDC) made clear. The development and production of coronavirus vaccines are certainly one of humanity’s greatest achievements, but unless and until more of us are vaccinated, Covid-19-related hospitalizations, and deaths are likely to rise across the country. In mid-September, the administration announced that the federal government would require federal workers to attest they have been inoculated against the coronavirus or else have to comply with rules on mandatory masking, social distancing, weekly testing, and other health measures. 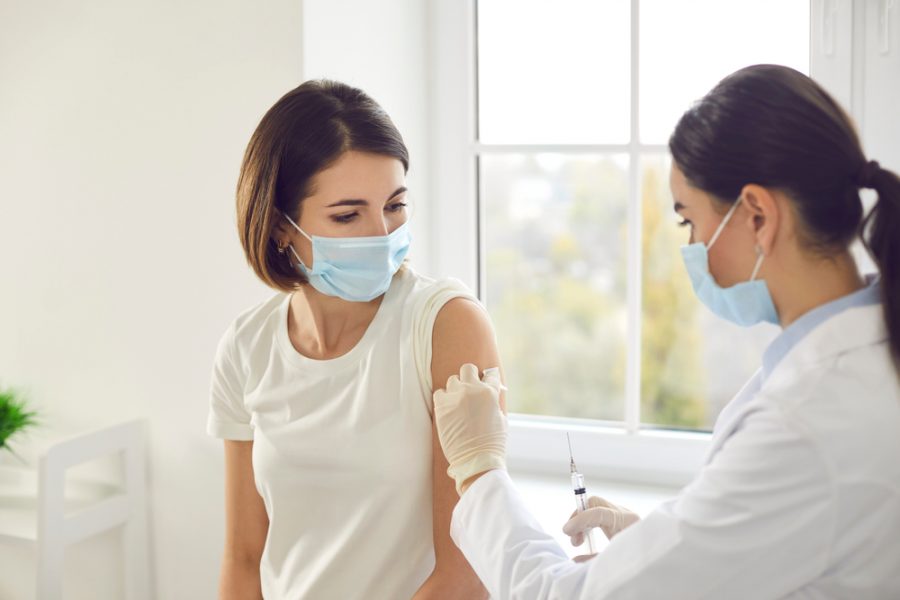 CEOs need a plan to back their HR dept. with vaccination policies.

Major companies like Facebook, Google, and Lyft are considering mandatory vaccination for their workers. Many universities have already rolled out vaccination mandates unless a religious or medical exemption is granted. Without a doubt, 47% of ABA-accredited law schools in the country have effectively done so and as more news from Delta surfaces, we should expect more companies and institutions to join the growing list.

One thing that has restricted a few employers and colleges has been whether or not such mandates are legal—Houston Methodist Hospital recently faced a lawsuit from over 100 employees who did not want to be vaccinated. A few students at the University of Indiana challenged that school’s vaccination mandate as unconstitutional. The last couple of weeks given assurance that such mandates can be lawfully set up, a claim that legal experts have been making for quite a long time.

The U.S. has a long precedent for vaccine mandates. At the turn of the 20th century some schools and employers required proof of smallpox inoculation, some even resorting to a “show the scar” requirement where there was concerns about forgeries of a document. Rather than reject that the state might force immunization necessities, a point the U.S. High Court confirmed in 1905, those opposing vaccination mandates have zeroed in on the way that the current COVID-19 immunizations have been approved as a feature of the FDA’s Emergency Use Authorization (EUA) measure and not yet supported as a full Biologics License Application (BLA). That may before long change with signs that FDA might give a BLA endorsement to Pfizer’s immunization in which case this contention would disappear. Regardless, the main court to manage on it, the U.S. Area Court for the Southern District of Texas, adequately dismissed the “EUA = no command” position in the Houston Methodist Case. It held that the EUA statue “neither expands nor restricts the responsibilities of private employers; in fact, it does not apply at all to private employers like the hospital in this case.” The court also rejected the claim that this was coercive.

This conclusion was additionally supported by the release of memo from the U.S. Department of Justice’s Office of Legal Counsel, that was approached to weight in for the President on whether the law allows mandating a vaccine authorized under an EUA and not yet receiving a BLA. The memo unequivocally presumes that relevant provision of the EUA statute “concerns only the provision of information to potential vaccine recipients and does not prohibit public or private entities from imposing vaccination requirements for vaccines that are subject to EUAs.” While this determination isn’t restricting on courts, its analysis is likely going to be powerful and shows the perspectives on the executive branch on the question.