Home > News > Chick-Fil-A Is Awarding $24 Million in Scholarships to over 12,700 Employees

Chick-Fil-A Is Awarding $24 Million in Scholarships to over 12,700 Employees

Chick-fil-A is spending $24 million into scholarships for over 12,700 of its employees nationwide. The scholarships are transferable to any accredited university and can be used for any area of study.

As the sector faces a quit rate approximately double that of the wider economy, and nearly 40% of restaurants claim they are understaffed, more restaurant chains are offering bonuses and perks in an effort to retain employees. 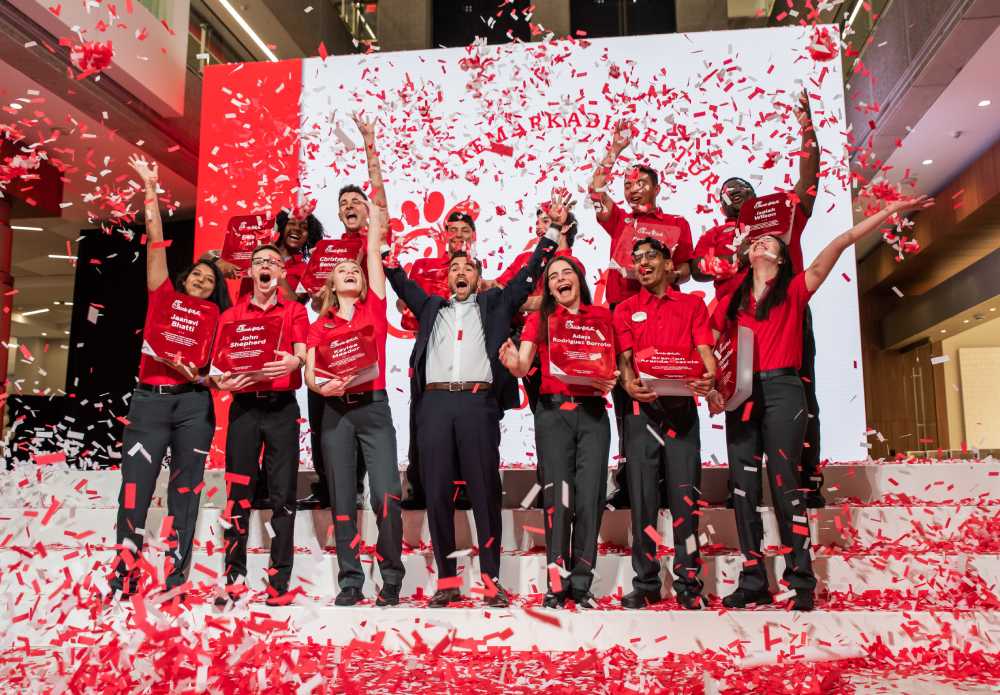 Scholarship programs can indicate that the company is willing to invest in employees for their long-term growth. (Image: Chick-Fil-A)

These perks and incentives have ranged from increased compensation to same-day pay to vacation reimbursements. Scholarship programs, on the other hand, provide a longer-term incentive for workers while also improving access to higher education, as financial barriers are often a key deterrent to attending college.

Scholarship programs can indicate that the company is willing to invest in employees for their long-term growth. According to the Association of Public and Land-Grant Universities, individuals with a bachelor’s degree earn about $32,000 more annually than those whose highest degree is a high school diploma.

These programs have been shown to increase retention. Starbucks’ Starbucks College Achievement Plan, which combines scholarship and reimbursement funding to assist employees get their first bachelor’s degree, was launched in 2015. According to EdSurge, the initiative has helped Starbucks recruit and retain employees. Employees who engage in the program remain at Starbucks 50 percent longer and are promoted three times as often as those who do not.

Chick-fil-A’s scholarship programs will help individuals without requiring them to work a certain number of hours or serve for a certain amount of time. These scholarships are transferable to any university, but Starbucks’ program is only available at Arizona State University.

“The Chick-fil-A scholarship initiative has been instrumental in our investment in the growth and success of restaurant Team Members,” Tim Tassopoulos said, president of Chick-fil-A, Inc. and a former Remarkable Futures Scholarship recipient. “Our inspiring recipients this year have overcome great obstacles and remain dedicated to pursuing academic and personal success. We recognize their enormous potential and hope to play a small part in furthering their education, providing them with more opportunities to help achieve their goals.”

Since 1970, Chick-fil-A has given out more than 80,000 scholarships. It has invested over $136 million on its program, which has resulted in success and, given the high cost of turnover, a return on investment. Ninety percent of scholarship recipients stated they want to continue working for Chick-fil-A after graduation.