Home > Featured > Close to 2,500 Carvana Employees Get Laid Off Over Zoom

Carvana employees were in for an unpleasant surprise last Tuesday. Over a Zoom call, the company announced that it will be reducing its workforce by no less than 12%. The used-car retailer informed stakeholders that it will be laying off 2,500 employees.

The company was founded in 2012 with an aim to change how people bought and sold cars. Carvana offered a simple solution to run down customers who did not wish to jump numerous hoops as they tried to purchase a car. The retailer offered potential customers 360-degrees views of the cars they liked, along with professional photos and technical details via the Carvana app.

It made for an extremely hassle-free purchase as the company reportedly runs around 150-point inspections and is very particular about the cars it allows on its platform. 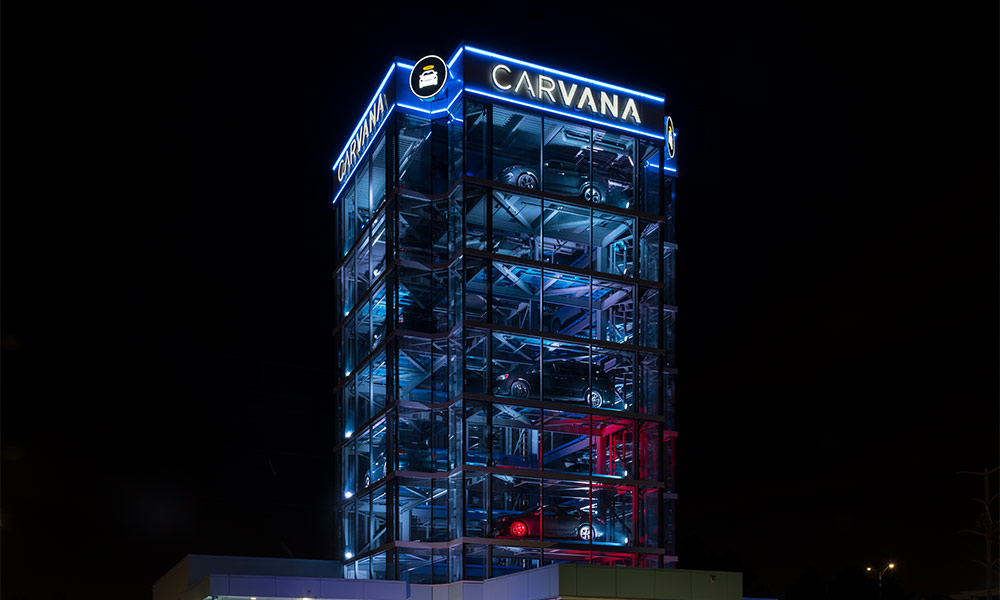 Carvana aims to restructure its workforce and focus on growth in the coming year. (Image Credit: Jim Hill)

The staffing cuts have been detailed in a regulatory filing with the US Securities and Exchange Commission (SEC). The layoffs will mainly be for Carvana employees in operational groups as the company seeks to “better align staffing and expense levels with sales volumes.”

In a written statement, the company mentioned that all impacted Carvana employees will be taken care of. They will be receiving four weeks of pay and an additional week for every year they have been with Carvana.

“Impacted team members will also have the opportunity to receive extended healthcare coverage, pay equal to early vesting of certain previously granted equity awards, recruiting and résumé support, and continuing participation in certain other company programs. The executive team is foregoing their salaries for the remainder of the year to help contribute to the severance pay for departing team members.”

Apart from Carvana employees layoffs, the company will also be taking other measures to streamline its operational activities. For starters, it will move away from Euclid, OH IRC, and other logistics hubs.

The car retailer is of the opinion that the layoffs will help the company achieve the right balance between sales volumes and staffing levels. In an email to employees, CEO Ernie Garcia informed Carvana employees that the company has experienced less-than-expected growth.

Caravana as a company has been bleeding money right from the start. Even on an EBITDA basis, the company continued to post losses.

Since the start of the pandemic, the company posted losses amounting to $260 million for the first quarter.

Although the company had listed detailed expansion goals for 2022 in the Carvana earnings report, it missed all its financial goals for Q1 of 2022. The Carvana quarterly results showed that revenues were at $3.49 billion, up by 56% in comparison to the previous year. But despite this growth, its gross profit fell to $298 million, leading to a net loss of around $506 million, faring much worse than expected. Carvana earnings for Q1 have been dismal and disheartening.

The company explained that it had built up sales volume for 6-12 months in advance whereas reality did not match up to expectations. This eventually led to higher fixed costs and lesser profits.

Furthermore, on May 10, Carvana announced that it will shell out $2.2 billion to purchase Adesa, the car auction site. The Wall Street Journal reported that Carvana had a tough time financing the deal, but Gracia expects the car retailer to grow steadily after the acquisition.

Carvana has continuously earned praises for its hassle-free model and customers are expectant that the smooth service provided by them will continue.