Crisis Text Line CEO Nancy Lublin was forced to resign from the non-profit organization’s board after allegations of racism and a toxic work environment from her staff.

Lublin’s exit was effective immediately, according to the board. This follows a stream of Twitter posts that used the

hashtag #notmycrisistextline alongside allegations of racism and tokenism.

“Crisis Text Line is not the safe and welcoming place it should be,” the board of directors wrote to staff in a letter. “We recognize and apologize for our role in enabling this environment to persist. We take full accountability and are ready to address these issues head-on. No form of racism or bullying of any kind will be tolerated at Crisis Text Line.” 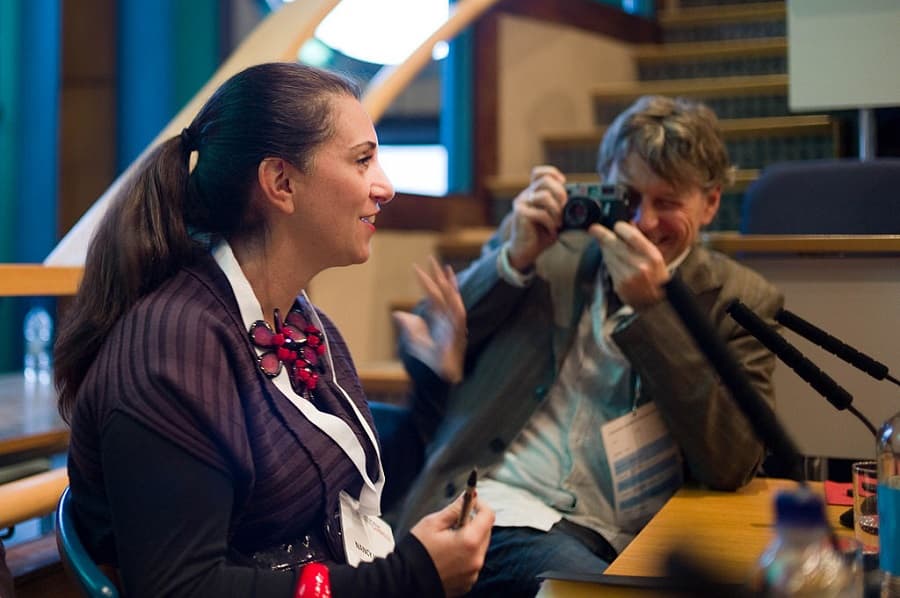 The board has put some measures in place to avoid this kind of situation going ahead. They have instituted an anti-racist training for all board members.

Lublin’s board seat will be filled with a staffer, elected annually by coworkers. Board member Dena Trujillo will step in as interim CEO, till a suitable replacement is found.

The company is also exploring alternatives to using law enforcement for managing crisis situations in the light of the Black Lives Matter movement.: “We are committed to saving lives, but must balance between the life-saving work of active rescues and the potential risks associated with sending law enforcement to people’s homes.”

Two members of the board will be replaced with black, indigenous, or persons of color candidates, according to the letter.

Also, an independent investigation has been initiated to probe the matter.

The letter by the board also talks about the failure of people in power to take notice of her behavior despite similar complaints. ” In 2018 the Board of Directors was made aware of concerns at Crisis Text Line about inappropriate conduct of individuals in leadership positions, including CEO Nancy Lublin. We were given the opportunity to take action, but failed to do enough,” it reads.

Crisis Text Line was founded in August 2013 by Lublin, then the CEO of DoSomething.org, a non-profit focused on youth activism. It raised nearly $24 million in 2016 in funding from backers like Melinda Gates, Steve Ballmer, Pierre Omidyar and Reid Hoffman.

DoSomething’s current CEO Aria Finger, who previously worked under Lublin, addressed the twitter allegations of a toxic workplace and acknowledged that she could have done some firefighting during her tenure under her.

“I must acknowledge the responsibility I had during that time, as well as the power that I could have used, to better support my colleagues,” she tweeted, adding that she has not done enough “especially internally” to address racial inequity. “Not even close.”

The movement to oust the CEO gained traction due to the growing concerns about racial issues and the treatment of People of Colour generally. Organizations and companies are taking a relook at corporate policies regarding inequality and social justice at the workplace.

Crisis Text Line is a call-in helpline, especially for the younger generation for life’s challenging issue via text messaging and has been a great source of comfort during the pandemic crisis in the US. Their corporate partners include big-name businesses like Google, Hershey’s, Reddit, Tinder, Microsoft, Netflix, Maybelline and more. Their board of directors have members from Bill and Belinda Gates Foundation, Microsoft, SoulCycle, Twilio and Omidyar Networks.

Diana Coker
Diana Coker is a staff writer at The HR Digest, based in New York. She also reports for brands like Technowize. Diana covers HR news, corporate culture, employee benefits, compensation, and leadership. She loves writing HR success stories of individuals who inspire the world. She’s keen on political science and entertains her readers by covering usual workplace tactics.
« Top HR Certifications in 2020
Your Ultimate Guide to HR Interview Questions with Answers »