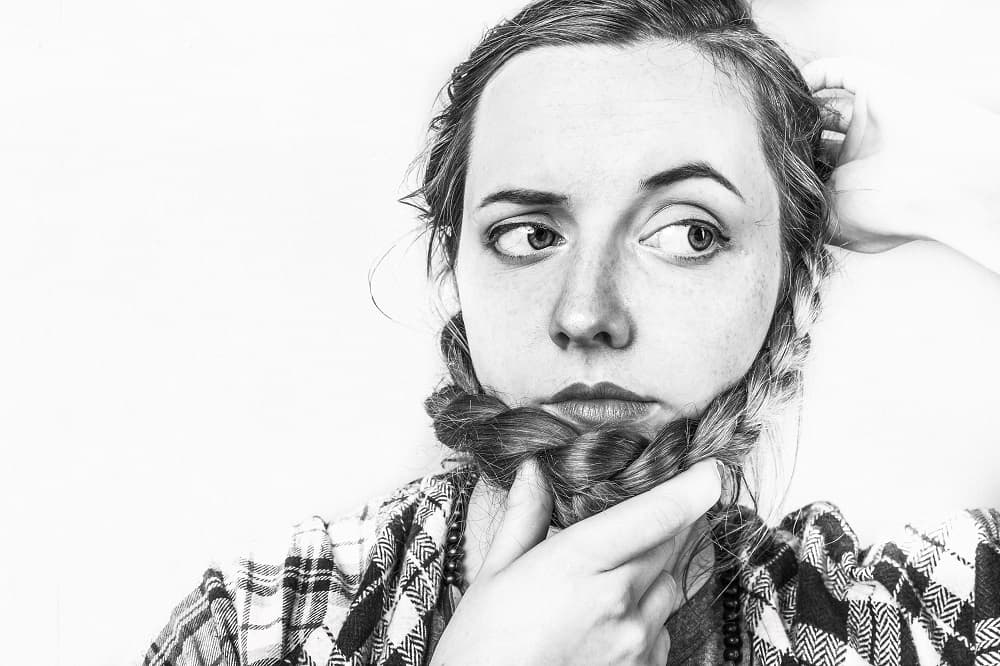 Riddle me this, quarterlife crisis – oh? What’s that? You think a letter to your older self isn’t all that original because it has been done a zillion times before? Well, that’s what I’m saying.

Just look at yourself.

Until now, you had known exactly who you are: an exceptional writer who fancied herself a veritable genius à la Oscar Wilde, who had an opinion on the Oxford comma, who described herself as a perfectionist and a workaholic.

Until now, you had known who you are, professionally. When you were 18, you’d discovered your love for writing while you were studying philosophy in graduate school, and you knew at once you wanted to make a genuine contribution to philosophical ideas about the nature of human beings and societies.

Until now, you had known who you are personally, too. For one thing, you liked music and meaningless flirtations. While, art was a background twang that vivified your life. You were a darling to your closest friends and colleagues.

All that, until now.

At this moment, you are running away in stark terror from insecurities, loneliness, depression, and disappointments. Quarterlife crisis has crystallized your fears.

Suddenly your youth is vanishing, your prospects are dying, and your death is approaching. Your life’s work, everything that had defined you until now, seems to not matter anymore.

Work has lost its luster and has simply become a way of earning bread (and wine that you brazenly drink on weekdays too). You job has become more of a drag. Not that you hate your chosen profession, but the mundanity is beginning to wear on you.

Now, this is a vapid, shallow statement, but - your life is literally falling apart. The very foundation of your identity is crumbling like stale, flaky pastries. Perhaps, it’s because, for the first time, you’re living alone. You’re living a life of guilt, anxiety, fear, and very little hope.

It’s like the first day of school altogether. You feel separated, misunderstood and alone. And, you have to live through this nightmare over and over. You’re earning more, and you’re spending more than ever. You’re financially secure. Objectively speaking, you’re successful – you’ve published two books, written for top outlets, and have won a big prize for journalism. And yet, you’re in a constant state of unhappy perplexity!

You constantly fantasize about escaping, which by the way, is sumptuously punctuated by bouts of self-indulgence and anti-social behavior.

Remember that time when you got waylaid at 31 by an unexpected heart attack and an embarrassing breakup? Well, the good thing is, you now have so many troubles that you cannot dwell on all of them at once.

To cope up with everything, you have now decided to explore new possibilities which have a closer link to your interests.

So that, you now have a Walking Dead pinball machine in your bedroom and an expensive car in your garage. In fact, the back of your fancy red sports car has a sticker of Vincent Adultman from Bojack Horseman – very obviously, three kids stacked on top of each other under a trench coat.

You’re blaming your surroundings for imprisoning you in a rut, and every new situation appears to be a dangerous trap. No wonder, the men who meet you are aghast. “Abandon hope all ye who enter here,” your bio on Tinder reads.

You’ll sail through. Your doctor who has prescribed you Prozac, yoga and meditation, to get you off his back, says the same. And, admit it, you’re terrible at yoga, but it seems interesting at least. And the meditation? You know, you’ll be there. Soon.

The faded grandeur of your success at work is now replaced by a newfound realization that you can’t have everything you want. You’re slightly becoming painfully aware of the fragility of your Universe.

To welcome some rationality to the whiny and irrational dissatisfaction, you’re counting your blessings - making a list mentally for all that you’re thankful for. So tell me, is that all?

All this while, you have leapt into new lives many times. You started your career as an intern in a media company in London and then plunged into the wild world of sales a year later in Boston. Three years down the line, you abandoned this job and took off to again for London because you know something good would happen as a writer. And it did. You transitioned to something much better – until now. Until this embarrassingly whiny, quarterlife crisis.

It’s like you’re a character in this story who is strongly driven by the simple desire for experience and knowledge. You’ll obsessively and ruminatively try to figure out who you are and what you would do without work or love. You want to know what is on the other side of the mountain, the other side of the shore, or perhaps, the other side of a religion/philosophy. You are gradually learning that you are much more complicated and fluid, even to yourself.

Soon, you’ll learn that your ‘self’ is not something you’ll discover, but something you’ll construct. In the next few years, you’ll have managed to not only recover, but also, remarkably, turn out to contribute to the world that is culture-shift brilliant.

Consider this, at this point, you are at the peak of emotional life. This is the right time for recalibration when you may begin to evaluate your life. Don’t let the meaningless dissatisfaction pester you with a spontaneous yet persistent urge to quit what you’re doing right now. Let your better judgement (and bills) stop you from acting on what could have been a self-destructive impulse.

Your age is inspiring. Sure, some of the many life’s possibilities are long gone, but the limitations are liberating. Let this difficult time of your life act as a catalyst for a positive change – new aspirations, interests, and values. Rebuild your life. Live more bravely and live more deeply.

This defining decade of your life will parade by, like a fancy dress party on a Halloween night where everyone looks hauntingly incredible. It will be like you’ve entered into a different world, and when you finally come out of it, you’ll be thinking to yourself, “Well, that was weird, but fun? Fun, definitely.”

You will be exhilarated and terrified and amazed at how you’ve pulled it off.

It is going to be Mad and Bananas. And Amazing!