Home > Trends > Workplace Culture > Don’t Follow The Herd, Be Heard In A Meeting

Don’t Follow The Herd, Be Heard In A Meeting

To all the working people out there I can picture your eyes droop the minute you read ‘meetings.’ These official gatherings can be very boring. At such times you would wish to have a nice, soft and comfy pillow to rest your sweet face. But, whatever you feel, you cannot deny that meetings are an important part of our working life. They not only decide on the daily plans and short-term goals but also how company’s future will pan out to be. Most importantly the meetings also decide about your future role in the company. It is very important to voice your opinions on whatever you think and feel. It does not matter what you say, as long as you are heard in a meeting.

Now please don’t take it in the sense that you are free to say anything and everything that comes to your mind. Don’t be vocal about your irritable bowel movements or family past that is haunting you. Common sense can’t be that uncommon. When I say be the one who is heard in a meeting, I mean, speak up for what you feel is important for the company. 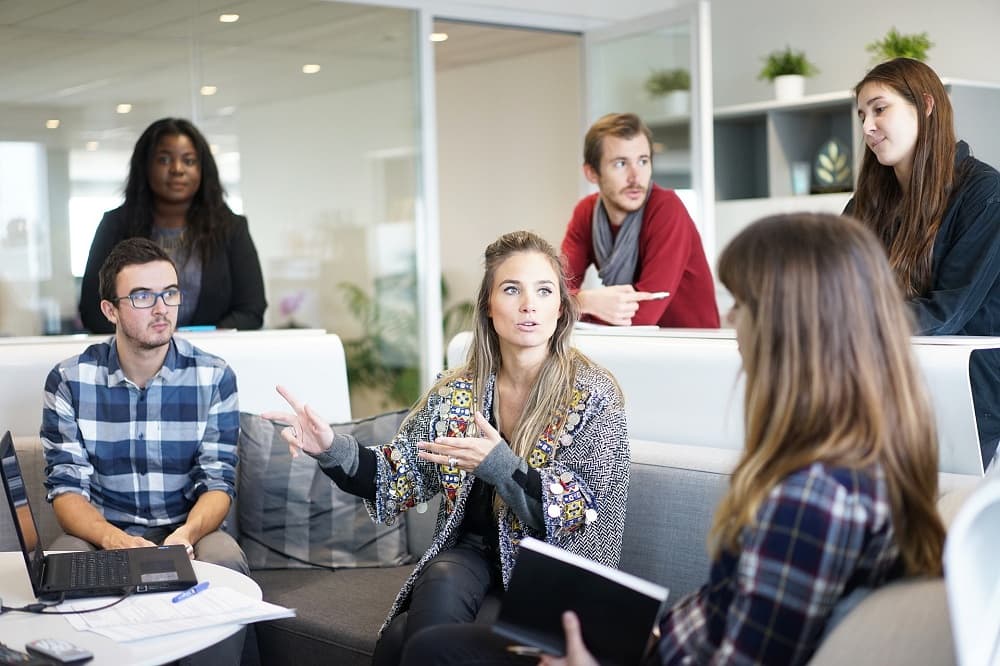 Never fear of what others might think. Focus on what you have to say and not on your fears.

There are times when you might feel that people may laugh at your ideas or consider them irrelevant. You may also feel shy to openly talk about what you feel about something at work. Remember one thing, not talking about it is something you must never do. If you fear that others may not hear you, then that should be the least concern. If your colleagues are even a little decent and possess some office etiquettes then they will shut up and hear what you have to say. So here I lay a few tips for you to be heard in a meeting.

In a meeting, the first thing that matters is your body language. The way you conduct yourself in a meeting speaks volumes about you as a person. Never go to a meeting without a notepad and pen, and always jot down the important points as well your question, if any. Sit straight and keep close to the table showing you are attentive. Do not slack back in your chair because your boss may not appreciate such a ‘laid-back’ attitude. Keep nodding whenever the boss looks at you. Let your body language create an atmosphere of seriousness around the conference table. This way your bosses and colleagues are bound to be intimidated and impressed. They will even want to know what you have to say. 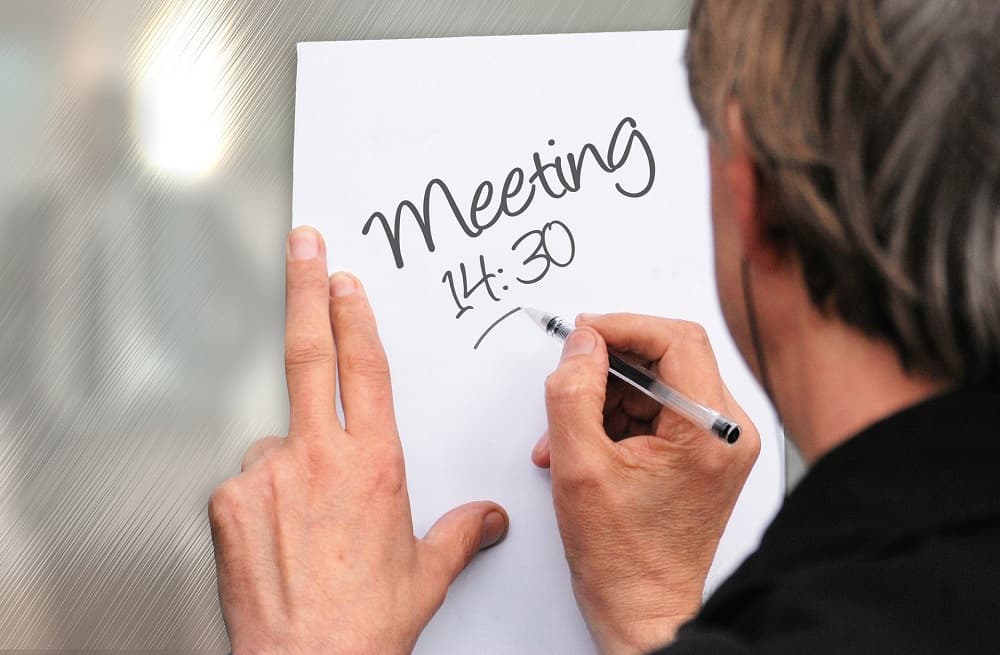 Always carry a notepad and a pen. It is advisable to take notes during a meeting.

If there is something that you want to tell in the meeting then phrase it properly in your mind, before you say it out loud. Know what you will be saying and accordingly draft sentences that are short and crisp. Also don’t forget to make use of powerful words. Avoid using words like ‘maybe, what if, I guess, I suppose’ etc. Use words that are positive and give an assurance. Words like ‘strongly suggest, advice, recommend’ give a greater impact to what you are saying. It also shows you are confident and people will start taking your word.

During a meeting if you differ at some level from your boss then make a note of them and save it for the last. It is okay to be nervous. The long conference tables and closed doors do tend to have a daunting effect, but you need not think much about it. Compose your thoughts and know how you will place your sentences properly to give it the desired effect. Lay it out in a soft manner to your boss and try to make the atmosphere a little peaceful with your words. Don’t go pissing your boss stating that his ideas are wrong. Explain to him/her about your point of view without telling the boss that you disagree with him. 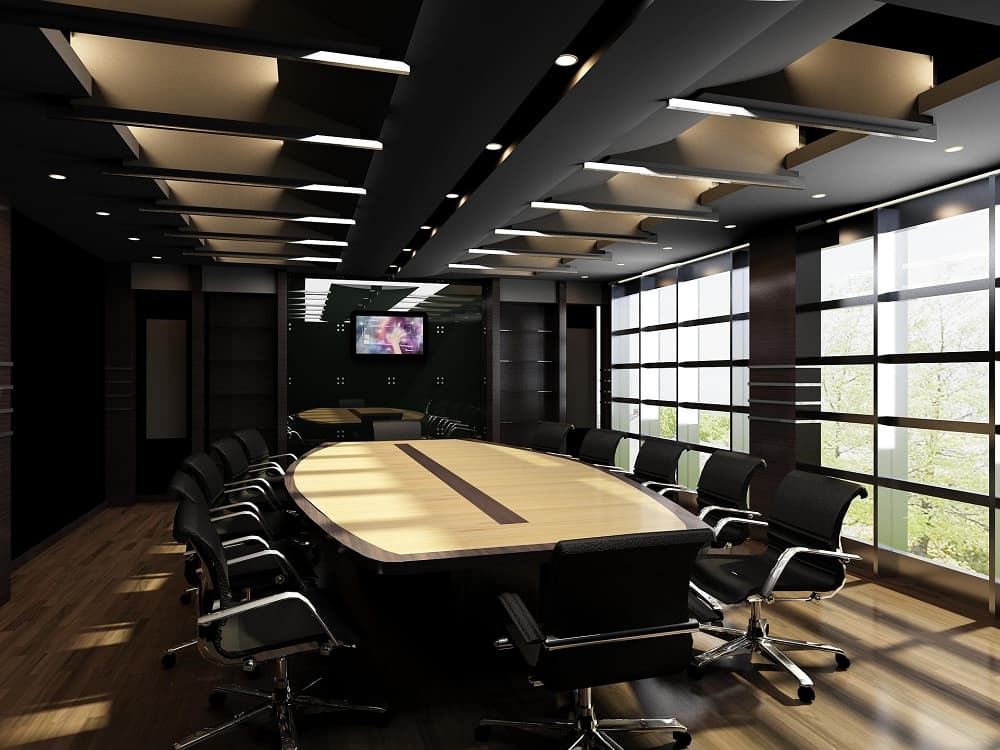 Don’t let the conference room set-up demotivate you from saying what you want.

Also, be very careful in enunciating every word. Since these are official meetings, you need to be clear in what you say. Don’t eat up your words just because you missed your breakfast.

Build it up gradually

Some meetings can be very dull and dreary. During a dull meeting no one likes a person who talks a lot. If you have some serious point to make, then firstly, bring in a good punch. Start off on a light note by cracking a joke. Once you know you have their attention, then go ahead and discuss your plans. Build up your points well so that your bosses and colleagues get the entire picture. It is important is to keep the volume of your voice loud enough to be heard by everyone and soft enough to not make it sound like you are shouting. Give intonations to your voice so that people pay more attention. 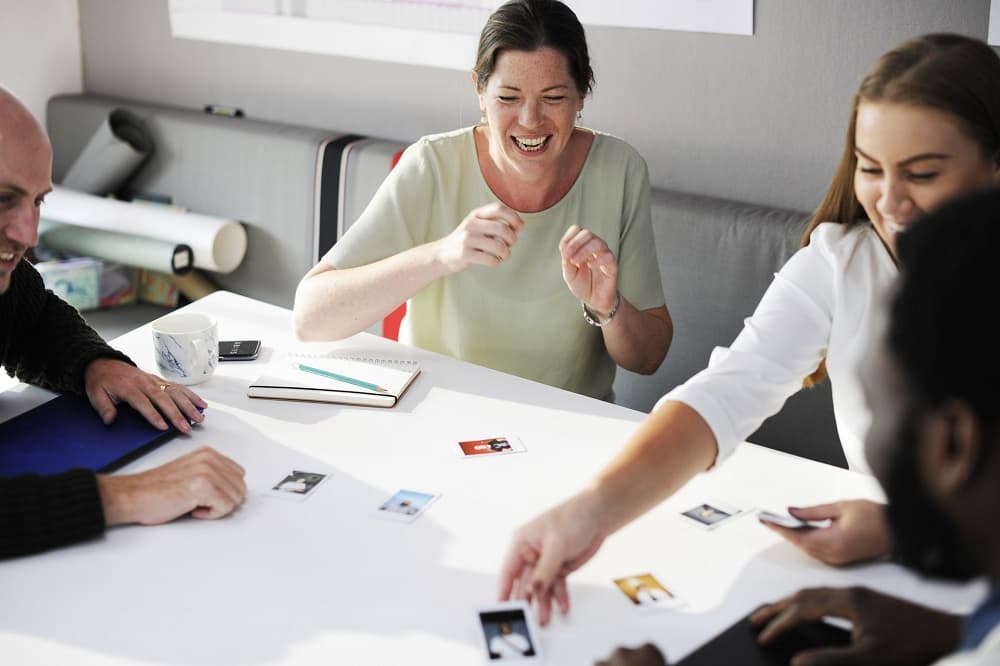 Don’t speak in a monotonous manner. The right tones and emotions can help people understand better.

There are some people who may not want you to say anything during meetings. Never get intimidated by them. You must not get distracted when speaking because there are chances that you might goof up and play into the hands of your opponents. Sometimes people may also cut into your conversation and start talking. It is important to put your foot down and let them know that you have not finished yet. You must tell them that they will get time in the end when they can share their thoughts. If you really want to be heard in a meeting then never let other people speak while you are saying something.

So do not fear to speak up. It is always good to be heard in a meeting so that others know your point of views. Did you know that sometimes your promotion also depends on the way your bosses see you conduct yourself in meetings? Never fear of what others will feel. Be confident, and as I mentioned, know what you are going to say and how you will be saying it.

Anna Verasai
Anna Versai is a Team Writer at The HR Digest; she covers topics related to Recruitment, Workplace Culture, Interview Tips, Employee Benefits, HR News and HR Leadership. She also writes for Technowize, providing her views on the Upcoming Technology, Product Reviews, and the latest apps and softwares.
« Best Job Quitting Scenes For The Perfect Revenge! Here Are Some…
Top Three Phrases Confident Women Use To Outshine Others At Work. »

30 Alternatives to “Warm Wishes” for Every Situation

Training & Development Anna Verasai - November 26, 2021
The world is an unfair place where you cannot use something like ‘Hakuna Matata’ in lieu of ‘Warm Wishes’ and so we have compiled a ...

20 Believable Excuses to Get Out of Work

Workplace Culture Anna Verasai - November 26, 2021
My dog swallowed my car keys is not a valid excuse to miss work on a short notice. How about using one of these perfectly acceptable excuses...

What is a Returnship?

Recruitment Anna Verasai - November 25, 2021
A returnship is a full-time paid internship for adults who have been out of the workforce for a long period of time. ...

Workplace Culture Anna Verasai - November 25, 2021
Are you searching for creative Christmas food ideas for the annual office potluck? We’ve got your back! ...