A San Francisco based virtual reality start-up UploadVR is being sued by a former director of Digital and Social Media who alleges that the start-up is practicing sexual discrimination, sex, gender harassment and wrongful termination in the office premises.

The lawsuit, filed with the Superior Court of California, goes on to describe UploadVR as a start-up engaged in rampant sexual behaviour which created an unbearable environment to the female employees and the plaintiff.

With offices in San Francisco and Los Angeles, the virtual reality startup does not just work in VR hardware. The company possess a co-working space in SF and also runs training courses for developers. The startup also operates a news website that provides feed dedicated to industry. 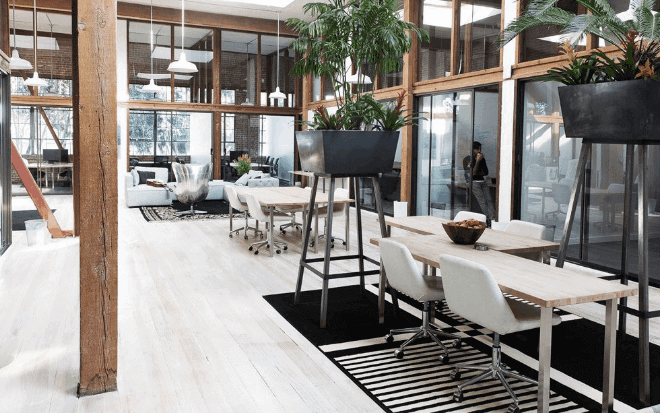 The startup has won funding from Colopl, Greycroft, General Catalyst and other investors. The company co-founders Will Mason and Taylor Freeman recently got a space in the under 30 list of Forbes – Forbes’30.

However, yet the defendants named in the lawsuit include the accusations on co-founders Will Mason and Taylor Freeman. Currently, Freeman holds the position of the Chief Executive Officer. Mason who previously was the editor-in-chief of the company’s publication holds the role of the President.

In a response to TechCrunch, co-founders Mason and Freeman claim that the lawsuit against them is without merit.

There are allegations that the co-founders were sought to create an environment with focus on sex and degrading women. The boy’s club environment of the VR startup’s San Francisco office had become a hostile environment for female workers.

“Defendants Freeman and Mason expressly referred to the company as a boy’s club. Male employees, including Mason and Freeman, discussed sex at the office on a daily basis,” reads the filing.

The startup would occasionally host a number of parties at their office and other venues coordinating with high profile tech-companies. The lawsuits allege that the co-founders and the other employees would discuss in front of the plaintiff and other female employees on how many females they were going to have sex with at the party.

“Specifically, the male employees of UploadVR, including Mason and Freeman, would discuss their sexual exploits in graphic detail at the workplace in front of Plaintiff and other female employees,” the filing reads.

Moreover, the startup seemed to have encouraged such practices for they had a separate “kink room” in the office. Kink room is an office-space with a bed and the lawsuit alleges that the employees have sex there.

The lawsuit state that the company exercises gender discrimination and gives a lower paycheque to female employees handling the same roles. The co-founders treat women differently than the male employees and exclude them from professional opportunities.

There are many such incidents that indicate that the company was in complete support of exercising such wrong practices. Above these incidents, there is also an allegation for the wrongful termination of the plaintiff. The company, however, is in no way ready to agree with the allegations and state them as false.

Anna Verasai
Anna Versai is a Team Writer at The HR Digest; she covers topics related to Recruitment, Workplace Culture, Interview Tips, Employee Benefits, HR News and HR Leadership. She also writes for Technowize, providing her views on the Upcoming Technology, Product Reviews, and the latest apps and softwares.
« 7 Tips to Balance Part Time Job with your College Life
Let These Books For Entrepreneurs Lead You to Success »