A Bitcoin 401(k). Some years back, if this was even voiced aloud, you would’ve been laughed out of the room. But today, this doesn’t seem so far-fetched. Boston-based financial services company Fidelity Investments Inc., recently revealed that they plan to offer investors the option to put bitcoin in their 401(k)s by the end of this year.

Retirement plans are essential for financial security in old age, and need sound investments to take care of living expenses, medical bills, and other necessities. A 401(k) plan is a company-sponsored retirement account where employee funding might come directly from their paychecks and may be matched by the employer.

Last year, in March, Morgan Stanley became the first major US bank to offer cryptocurrencies to its wealthy clients. Keeping in mind the volatile nature of these digital assets, the bank mentioned that it is suitable for people with “an aggressive risk tolerance” and who have at least $2 million in assets held by the firm. Furthermore, the bank will restrict bitcoin investments to 2.5% of their total portfolio. 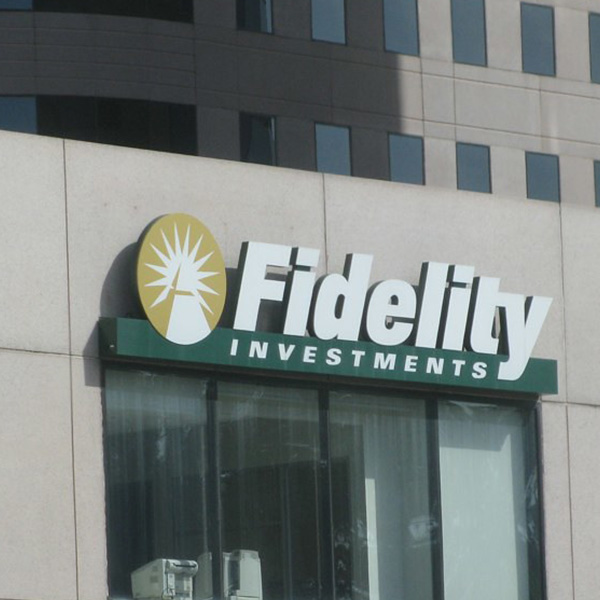 According to Business Insider, in July 2021, JP Morgan Chase allowed its advisers to accept buy and sell orders from its wealthy clients for five cryptocurrency products.

In December, IFR reported that the CitiGroup had recently cleared its first bitcoin futures trade through CME Group.

Furthermore, as of April 29, 2022, news broke that Goldman Sachs is offering Bitcoin-backed loan facilities, as Wall Street slowly opens up to cryptocurrencies. It appears a Bitcoin 401(k) is not such an impossible dream after all.

Bitcoin, Fidelity, and the Federal Government

On Tuesday, Fidelity Investments revealed that it will offer a Bitcoin 401(k) option to its investors by mid-year 2022. Around 23,000 employers use Fidelity to administer their retirement accounts. Fidelity currently manages $11.3 trillion in assets and is the largest retirement plan provider in the US. Its decision to include the cryptocurrency bitcoin can influence the market like no other. Eventually, it might lead to wider acceptance of cryptocurrencies and other financial firms offering these services to their customers.

Dave Gray, head of workplace retirement offerings and platforms at Fidelity Investments, justified the move by saying, “There is growing interest from plan sponsors for vehicles that enable them to provide their employees access to digital assets in defined contribution plans, and in turn from individuals with an appetite to incorporate cryptocurrencies into their long-term investment strategies.” He added that the company is looking into adding other digital assets in the future.

The Fidelity investment plan will allow investors to allocate as much as 20% of their savings to a Bitcoin 401(k).

Meanwhile, the Department of Labor (DOL) has urged financial firms to exercise caution considering the volatile nature of cryptocurrencies.  Last month, on its blog, Ali Khawar, acting assistant secretary of the Employee Benefits Security Administration wrote, “When fiduciaries include a cryptocurrency option on a 401(k) plan menu, it signals to participants that knowledgeable investment experts have approved it as a prudent option. This can mislead participants about the risks and cause big losses.” He informed the Wall Street Journal that the agency had received a heads up about the Fidelity 401(k) a day prior to the company’s public announcement. Khawar went on to add that the agency is worried for the average American, who does not have a ton of assets to tide him over in case of a loss.

Since November 2021, cryptocurrency bitcoin has lost around 40% of its valuation. Although the Fidelity investment plan will cap Bitcoin 401(k)s at 20%, Khawar told the WSJ that they have scheduled a conversation with the company to go over the concerns highlighted by the DOL in March.

Anna Verasai
Anna Versai is a Team Writer at The HR Digest; she covers topics related to Recruitment, Workplace Culture, Interview Tips, Employee Benefits, HR News and HR Leadership. She also writes for Technowize, providing her views on the Upcoming Technology, Product Reviews, and the latest apps and softwares.
« 15+ Answers to Why Do You Want to Work Here
Gender Pay Gap Narrows Down Women to Men Wage Ratio in 2022 »