Have you ever wondered why birthdays celebrated on films or TVs are hardly accompanied by a version of world-famous tune ‘Happy Birthday to You’? 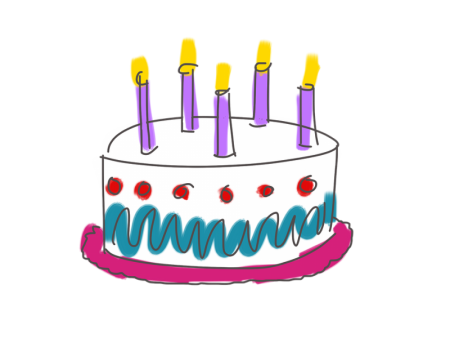 The reason behind this issue is very clear; similar to how most of the things in our life arrive with a price, the original rendition of the most popular English tune stands under copyright, thus making it quite expensive to use even for a mere 30-second sequence. Hence, if you wish to use the tune, you must be willing to pay the licensing amount.

Well, do not worry. You need not bother about paying the legal amount because the copyright does not exist any longer. A judge from the Federal Court based in Los Angeles on Tuesday ruled that existing copyright on the birthday song is invalid. Now, if the ruling is reinforced, ‘Happy Birthday to You’ will enter within the public domain, making it free of cost for use.

The tune was co-written by Mildred and Patty Hill, also known as ‘Kentucky sisters‘, and was originally called ‘Good Morning to All’. It was first published by Clayton Summy in 1893, which was later taken over by Warner/Chappell.

The case for copyright was filed by Jennifer Nelson, an independent filmmaker in 2013. Powerful evidence was produced by Nelson in July in the form of the 1927-published songbook, 8 years before copyrighted rendition of Warner/Chappell appeared, which contains the lyrics of the song.

Finally, considering that copyright for lyrics of the tune was never acquired by Clayton Summy, the judge ruled that copyright, is, therefore, invalid.

Now that is a major blow to the Warner Music Group, which has been holding the copyright for the tune since 1988 and collecting approximately $2M revenue charges as annual fees for use.

Concluding the legal dispute, which started in 2013, Warner/Chappell Music will have to pay a compensation of whopping $14 million  as an amount for settlement to those who have paid fees for using the song.

This decision of compensation arrives as a result of George H. King, Judge of U.S. District Court’s ruling, stating that the company does not hold any valid license since copyrights for the tune were never acquired appropriately.

In December, in an effort to avoid the court trial, lawyers from both parties agreed on a fair settlement and made the tune available in public domain. However, the music company does not agree with Judge- George H. King’s decision and will not admit any transgression.

Bringing the subject to conclusion, Warner Music Group will give up its rights officially for the English language’s most recognized song ‘Happy Birthday to You.’

An attorney for the plaintiffs, Randall Newman said, “Happy Birthday is finally free after 80 years.” Further, he added, “Finally, the charade is over. It’s unbelievable.”

Diana Coker
Diana Coker is a staff writer at The HR Digest, based in New York. She also reports for brands like Technowize. Diana covers HR news, corporate culture, employee benefits, compensation, and leadership. She loves writing HR success stories of individuals who inspire the world. She’s keen on political science and entertains her readers by covering usual workplace tactics.
« Are You a Genuine Leader?
How to perform effectual reference checks »