Forced to Smile at Work? Fake Smiling at Work May Lead to Heavier Drinking, Study Finds

A group of researchers at Penn State University at Buffalo conducted a study on the drinking habits of people in the service industry and found that workers who are forced to smile at work, drink more after hours.

If you are working in the service industry then you must be aware of how much weight the phrases, “the customer is always right” and “service with a smile” carry. You might have an annoying diner at the restaurant you work at, he’ll be spilling drinks and complaining incessantly about everything. You’d have a strong urge to just dunk his face in the pie, but instead, you smile and let him be his annoying self. But all this forceful smiling could come at a price. Researchers at Penn State have found a link between forceful smiling at work and increased instances of heavy drinking after hours.

Fake Smiling at Work May Lead to Heavier Drinking

The group of researchers studied the drinking habits of people who have to constantly deal with the public, for instance, nurses, people in the food industry and teachers. For the study, the researchers used data from phone interviews with 1,592 US workers. Information on how often a worker faked a smile and how often he or she indulged in drinking after hours were studied. The group found that workers who often have to contain their negative emotions and are forced to smile at work instead are more prone to heavy drinking after hours. 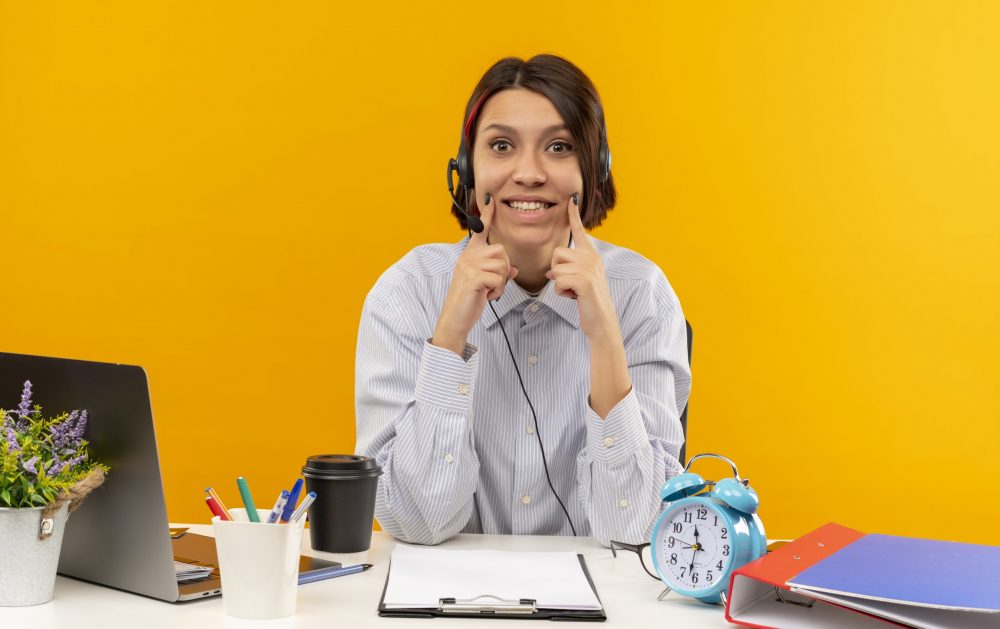 One of the researchers from the group, Alicia Grandey, further explained this link. “Faking and suppressing emotions with customers was related to drinking beyond the stress of the job or feeling negatively,” Grandey said. “It wasn’t just feeling badly that makes them reach for a drink. Instead, the more they have to control negative emotions at work, the less they are able to control their alcohol intake after work.”

However, the intensity of this link depends on personal traits such as self-control. If someone is constantly told to behave in a certain way or forced to smile at work (also called surface acting), that someone may lose his self-control to stop drinking after a couple of drinks or may have the need to consume more than the occasional drink.

Alicia Grandey further added, “In these jobs, there’s also often money tied to showing positive emotions and holding back negative feelings. Money gives you a motivation to override your natural tendencies, but doing it all day can be wearing.”

The study also pointed out this link is more significant among workers whose jobs involve a one-time encounter with customers, like in a café. These jobs are entry-level and people in these positions are usually young. “Such workers may not have the financial stability or self-control tendencies to buffer the cost of surface acting,” said Grandey.

The study clearly reveals how the “service with a smile” policy hampers the mental well-being of workers. Hiding emotions and being sensitized to behave in a particular way, negatively affect a worker and employers must take steps to solve it. As Alicia Grandey puts it, “Employers may want to consider allowing employees to have a little more autonomy at work like they have some kind of choice on the job,” Grandey said. “And when the emotional effort is clearly linked to financial or relational rewards, the effects aren’t so bad.”