According to audio of an internal Google meeting obtained by CNBC, Google has made it clear to its employees that it will not raise salaries across the board in response to inflation.

The issue on the non-salary adjustment and average salary of Google employees was raised at a special meeting held on Tuesday when the CEO of Google’s parent company Alphabet, Sundar Pichai, read a question from staff, according to CNBC. Therefore, Frank Wagner, Google’s vice president of compensation, responded to the question.

With the inflation rate in the U.S. being as high as 7%, most companies are trying their hardest adjustments to cover the inflation.

Meanwhile, Google’s parent firm Alphabet has seen spectacular year-over-year growth in advertising revenue: up 43% in the third quarter, with its stock price up 68%.

Inflation and Employee Salary in The Tech Industry

The tech industry has grown exponentially throughout the past decade. Tech companies are bringing new ideas to the market every day, new innovative products that have changed the daily use of technology. However, one thing hasn’t changed much in the past ten years – the salaries of employees working for these tech giants. 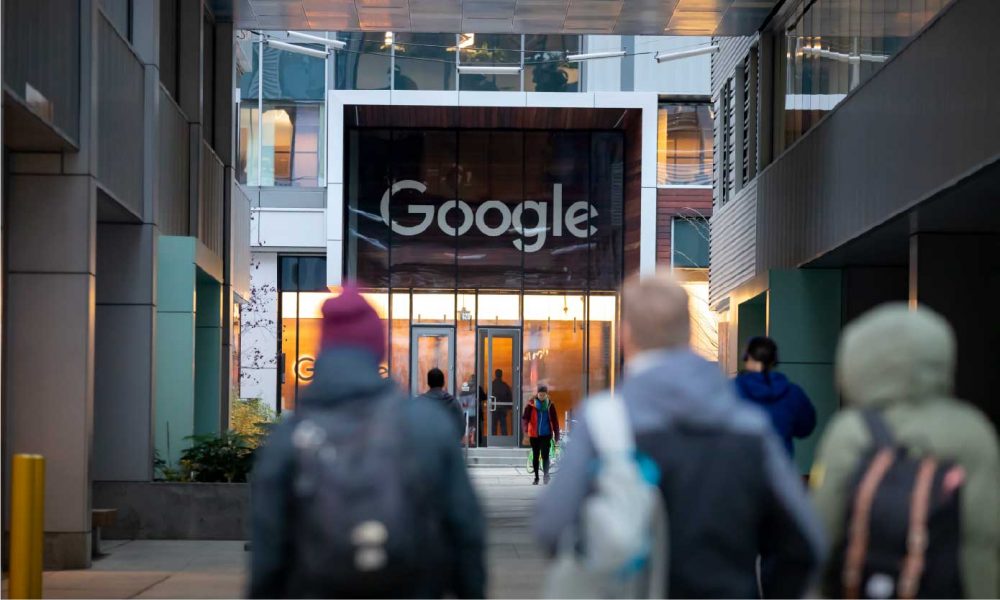 The root cause for this discrepancy between the industry’s revenues and employee salaries is inflation. Inflation has been slowly rising in San Francisco and the Bay Area for years now, making it harder and harder for people to live comfortably. While salaries have been increasing only marginally, prices on everything from rent to food continue to go up.

The high cost of living in the area means that many employees are forced to commute long distances or find roommates to save money. This also hurts employees’ quality of life, as they spend more time away from their families and on the road traveling. Companies can also find it difficult to retain employees as working for a tech company has become a popular choice. Therefore, other firms could lure potential employees away.

Companies have been trying to combat this problem by offering signing bonuses to new hires. This can help the newly employed person with paying first month’s rent or advance payment on their next car, but also has adverse effects as it puts pressure on those people who haven’t yet received a bonus, as they will be expected to match that figure at some point in the future. Also, because of the high cost of living, even a large salary increase doesn’t necessarily mean much if prices continue going up faster than salaries do.

CNBC reported that Wagner admitted to concerns about the rising inflation and said pay increments would now be performance-based. “We have no plans to do any type of across-the-board type adjustment,” he said. While rewarding the top-performing employees makes more sense, it could also fortify people’s ranks. Since having fewer money worries can make you concentrate more on your work and even proffer better quality time off to replenish.

Despite this, even though the tech giant does not promise to pay raises in line with inflation, it has been on a streak of benefits in recent years following a corporate poll that revealed a decrease in Google employee well-being during the pandemic.

Google declined to provide an immediate response to the request for comment but told CNBC in a statement that employees would be receiving bonuses and equity all in their compensation packages. Still, there is an amount of uncertainty as regards pay raises. CNBC also said that the company restated Wagner’s comments about increased pay being tied to employee performance.

Despite turning a blind eye to the issue of raising employee salaries, Google remains one of the top companies with the highest-earning employees in the industry. Notwithstanding, this decision may have a negative impact on employee morale in the long term.

Diana Coker
Diana Coker is a staff writer at The HR Digest, based in New York. She also reports for brands like Technowize. Diana covers HR news, corporate culture, employee benefits, compensation, and leadership. She loves writing HR success stories of individuals who inspire the world. She’s keen on political science and entertains her readers by covering usual workplace tactics.
« How Reddit’s Antiwork has made employers rethink intangible employee benefits
What’s the contrast between Japanese and Western management style? »