How A GQ-Style Resume Landed This Guy His Dream Job

If there’s one thing that increases your chances of getting a job is to stand out from the crowd. And what better than making a magazine-style CV when applying for a top fashion magazine? That’s exactly what Sumukh Mehta, a 21-year old college graduate when he sent a GQ-style resume to the GQ headquarters located in London, New York, and Mumbai. 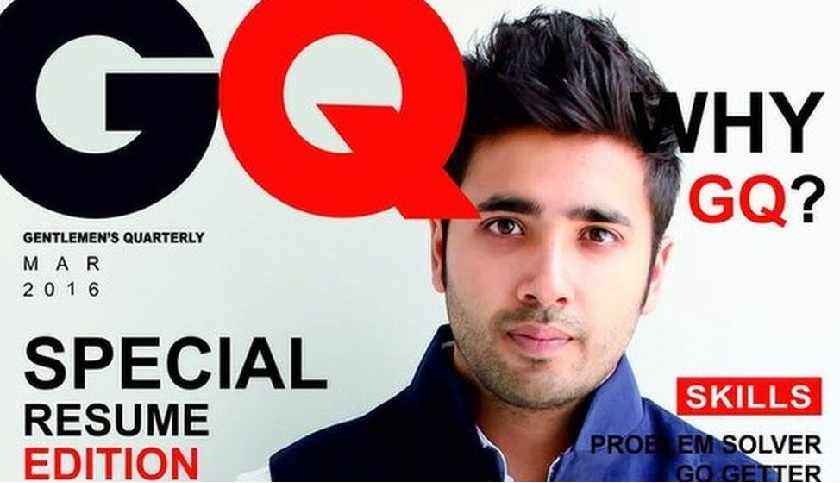 Now, the amazing magazine-style CV has landed him an internship with Gentlemen’s Quarterly Magazine at London.

Mehta mentioned that it took him three weeks to get done with the GQ-style resume including the time taken for graphic designing, photo shoot, and the content writing. The cover page features his photo along with his skills and hobbies. 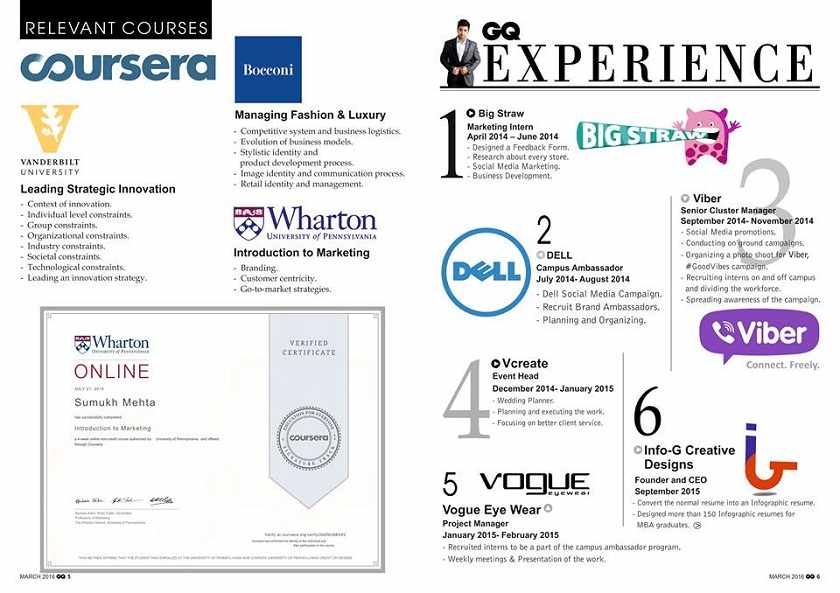 Mehta stated that he was helping college graduates in drafting their resumes, he said:

"I had been running a website for the past year where I help graduates and working employees convert their normal resumes [CV] into infographic resumes.”

He recently graduated with a business management degree from Jain University in India. He also mentioned that GQ was his target and he wanted his resume to be extra special to grab their attention. 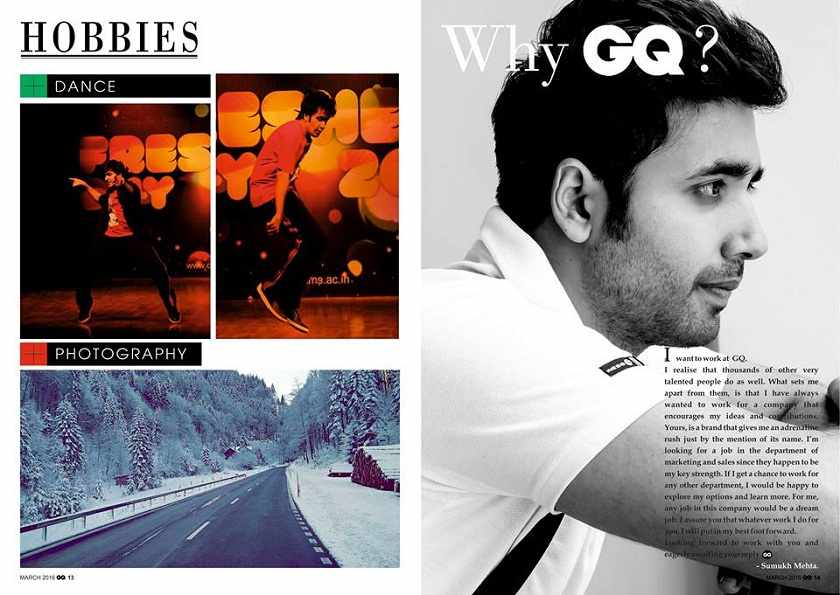 “GQ had been on my mind for a long time. But when I checked the Conde Nast publication portal, it said that people who do not have a work visa or resident visa could not apply for a job role. I started thinking that if I send a normal resume, it'll end up in the bin. So I thought of portraying myself as a model on the cover and making a magazine which showcases my resume in a creative way. I got the whole resume printed exactly like the original British GQ.” 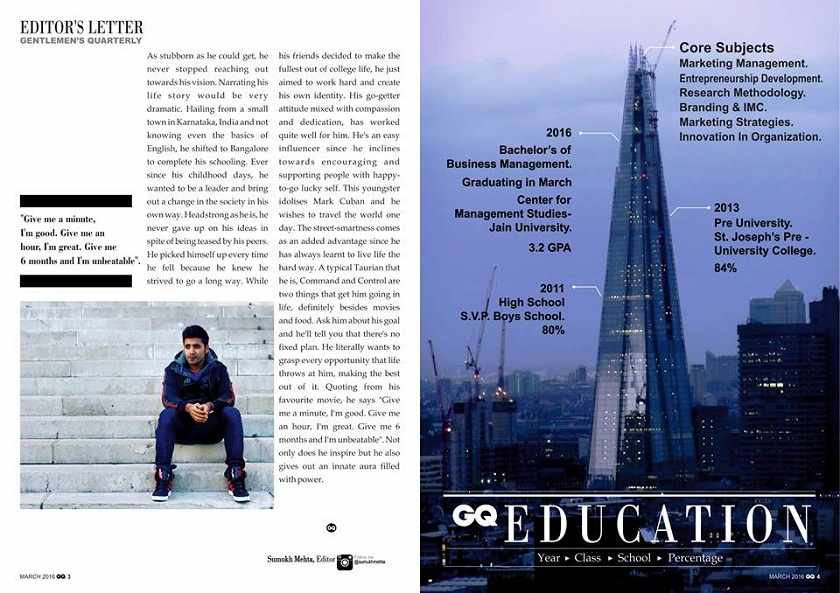 Mehta also mentioned that he received an email from GQ three weeks after sending the GQ-style resume, which mentioned that he impressed the editor-in-chief, Dylan Jones. He was offered a six-month paid internship, without even interviewing for the post.