Home > Featured > H1B and Other Temporary Visa Grants Suspended Till 2022

H1B and Other Temporary Visa Grants Suspended Till 2022

The United States President signed an executive order banning temporary work visas and green cards for all foreigners, till 2020-end. The US President Donal Trump, after signing the order mentioned that the government will consider merit-based H1B visa for all foreign workers.

Immigration and green cards were already suspended till June 22, which has now been extended till 2020-end. The suspended visas include: 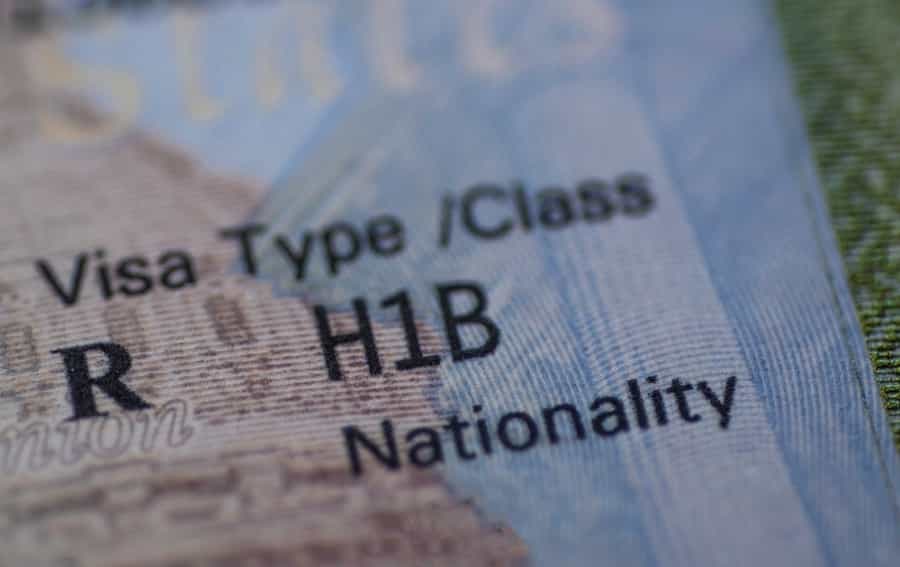 This is an attempt by the US government to stem the worrying unemployment figures that have reached nearly 14 percent due to the coronavirus pandemic. It is expected that more than 525,000 jobs will be now freed up for the Americans.

People who are already working on a temporary work visa in the US will not be affected. Healthcare workers and certain other categories engaged in agriculture, and those who are active in the treatment and research on the coronavirus pandemic have been exempted from the suspension.

Besides, students who are already in the US can appear for Optical Practical Training, without any issues.

A merit-based system of granting work visas is bound to benefit Indians in the information technology field as they are highly skilled, in-demand, and are experts in their domain of work.

Currently, H1B visas are allocated on a lottery-based system. Additionally, there is the Diversity Immigrant Visa Programme that takes into account the nationality of an applicant and to keep a check on the number of visas granted to one particular nation, it is capped at 50,000.

The merit-based visa grant will be based on the most suitable and skilled candidate for the job. A good determiner will be the salary offered to the candidate by the US companies; people with higher salary offers will be given preference over lower-paid ones.

The aim is to attract only highly-skilled people and keep the entry-level jobs free for native citizens.

“The present admission of workers within several non-immigrant visa categories…poses a risk of displacing and disadvantaging United States workers during the current recovery,” the Presidential order states.

The US Chamber of Commerce was not happy with President Trump’s latest immigration order. “Putting up a ‘not welcome’ sign for engineers, executives, IT experts, doctors, nurses and other workers won’t help our country, it will hold us back,” said the group’s chief executive Thomas Donohoe in Washington. “Restrictive changes to our nation’s immigration system will push investment and economic activity abroad, slow growth, and reduce job creation.”

The current pandemic has curtailed travel from certain countries where the coronavirus spread is severe. Visa-holders currently living in the US legally are banned from re-entering the country if they have spent time in Europe, China or Iran.

During the summer, the Trump administration delivered a temporary ban on the H-1B and other visas. CEOs of major companies (such as Apple and Google) criticized the conclusion, while critics of the H-1B said it was an upright first step to limiting its overall use. But now, a federal judge has ruled against the ban.

United States District Judge Jeffrey S. White’s ruling in National Association of Manufacturers, et al. v. U.S. Department of Homeland Security, delivered Oct. 1, rests on a couple of legal and logistical points. The bottom line, though, is that the court ponders the President exceeded the authority specified to him by Congress when he dispensed the proclamation banning numerous kinds of visas.

“Indeed, there must be some ration of constraint on Presidential authority in the national sphere in order not to condense the executive a wholly monarchical power in the immigration context, an area within clear legislative prerogative,” read White’s ruling. “Such unrestricted authority would be contrary to Congress’ unambiguous delegation of powers in foreign affairs and national security.” A President, in other words, does not have infinite power when it comes to domestic affairs—no matter how much he or she might want it.

White also proposed that one of the key arguments behind Trump’s ban, that dropping the amount of visas will increase the employment of U.S. citizens during the COVID-19 pandemic, is overblown: “The statistics regarding pandemic-related unemployment really indicate that unemployment is intense in service occupations and that huge number of job vacancies endure in the area most affected by the ban, computer operations which require high-skilled workers.”

Pending any pleas and final judgment, the Department of Homeland Security is banned from applying or enforcing the President’s ban.

On the same day that White made his ruling, Bloomberg Law pointed out that language signifying the H-1B would be revamped had been removed from the White House’s regulatory review. In September, the Department of Homeland Security had made it vibrant that it wanted to revise the H-1B’s definition of “specialty occupation” in order to “upsurge focus on gaining the best and the brightest foreign nationals via the H-1B program,” although the details of that revision remained under wraps.

There’s every chance that the vanishing of that language is just a bureaucratic glitch; but it could also advise that the Trump administration is taking additional time to revamp the revamp.

The court ban, combined with a conceivable change in plans to revise the visa’s requirements, injects a note of hesitation into the H-1B process less than a month before the next Presidential election. Whoever wins that contest, it’s likely that the parameters of the H-1B could look actual diverse by this time next year.