I-9 Form and Employment Eligibility Needs

All employees and employers must complete the I-9 form in order to complete the hiring duties. The I-9 form is a legal document that allows the employees to do their job in the United States. The document serves to verify identity, and it is an employment authorization of individuals who are hired by the specific employer.

This kind of verification is obligatory and it includes citizens and non-citizens. Both employees and employers must complete the form. The Employment Eligibility Verification form is an important document that shows the identity of the employee and their ability to legally work in the United States.

I-9 and Employment Verification Needs

To prevent the influx of undocumented immigrants, the employers in the country are in need to prove their identity. This is possible to make through the Employment Eligibility Verification form. Employers who hire or allow the workers to perform their duties in the company without this form can face the immigration officers. As a result, the companies can face fines and large amounts of legal penalties. 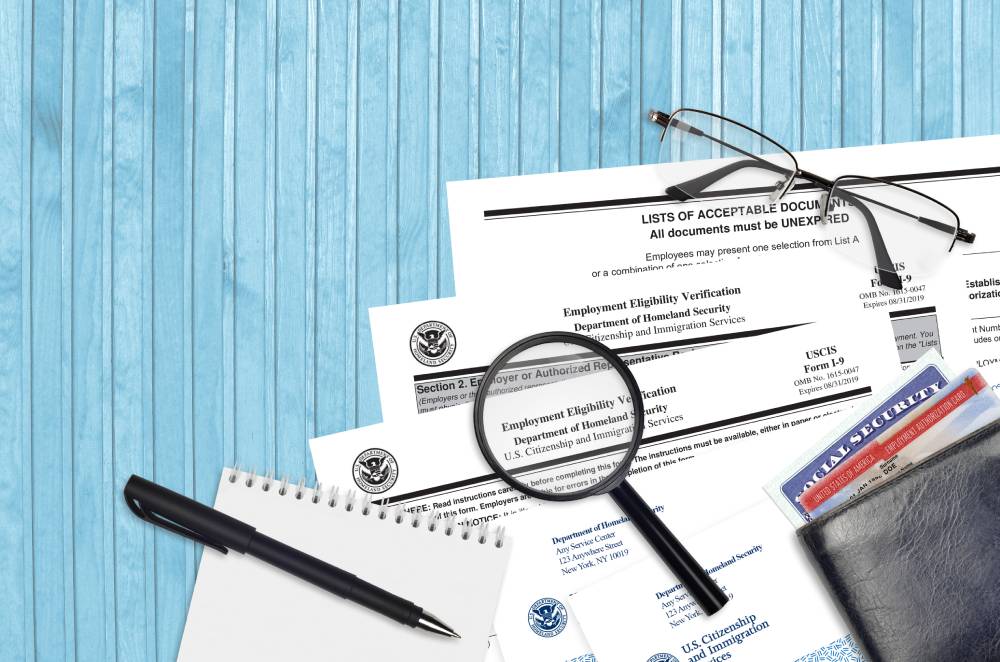 Employers who do not comply with the I-9 form regulations can be severely penalized.

In practice, we can see that some employers ask for I-9 verification before the hiring process. This could be a problem because it can be a way to discriminate against workers based on their immigration status. For this reason, the employment I-9 form can only be completed and considered after a worker has a job offer. In this manner, discrimination cannot be there in the process of hiring.

Establishment of I-9 Form

If we look back in history, we can notice that the I-9 had a very strong influence in the business world. The Immigration Reform and Control Act was enacted in 1986, and it was the first step to legalizing more than 2.7 million undocumented immigrants. This document’s purpose was to deter the future hiring of undocumented immigrants and the I-9 form was there to allow the newly hired workers to show their eligibility to work in the country.

At that time, 29 forms of this document existed to prove the worker’s eligibility, and now, there are about 25 forms that show the eligibility of the worker to work in the country. Identity and eligibility data are the most important parts of these documents.

There is a list of acceptable I-9 documents, and you can see the documents that establish both identity and employment authorization. These documents are:

Employers who do not comply with the I-9 form regulations can be severely penalized. The employing of unauthorized workers can produce large fines that range between $573 and $20,130 per employee. The fines depend on the nature of the violation and these fines can be very bad for the company’s reputation. Employers can fail to complete the form or they can participate in document fraud. The violation can be the first or subsequent offense, and all of these mistakes lead to penalization that can be very serious.

All of these mistakes can be corrected in 10 business days, and the employer will not have penalties if some of the technical violations of the I-9 form have taken the place in the regular business. All other kinds of violations will be penalized, and that is why the I-9 regulation must be taken very seriously.

Anna Verasai
Anna Versai is a Team Writer at The HR Digest; she covers topics related to Recruitment, Workplace Culture, Interview Tips, Employee Benefits, HR News and HR Leadership. She also writes for Technowize, providing her views on the Upcoming Technology, Product Reviews, and the latest apps and softwares.
« Importance of Employee Benefits in the Workplace
Payroll Management and Its Importance »