Is job ghosting an acceptable move?

The term ‘ghosting’ is not unheard of in the recruitment and hiring world. It’s when a job seeker or an employee suddenly cuts off all communication without an explanation. Ghosting is one of the most frustrating phenomena to occur in the modern office. From ditching scheduled interviews to leaving a job after the first day without a trace, job ghosting is on the rise.

Ghosting in the workplace has become such a widespread phenomenon that the U.S. Federal Reserve has flagged it as an issue. According to job site Indeed, 83 percent of employers have already experienced it.

While the opinion on job seekers ghosting employers differs (Rude? Unprofessional? Frustrating but harmless?), can you really blame job seekers for going radio silent when employers have been ghosting job candidates for years? Wharton management professor Peter Cappelli, who is also director of the school’s Center for Human Resources, believes job seekers ghosting jobs reflects a change in today’s work environment, where employers once had the upper hand and often treated hiring as “a commodity exercise.”

During The Great Recession of 2007 – 2009, a single job listing could receive upwards of thousands of applicants within a day of posting. Unfortunately, many employers choose to leave candidates desperate for work high and dry by ignoring or not communicating clearly. 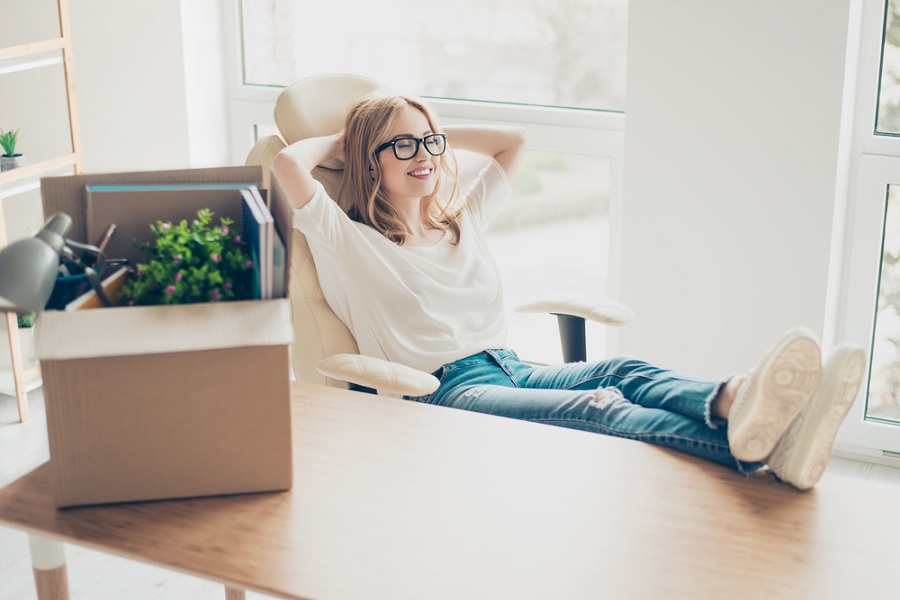 Ghosting in the workplace has become such a widespread phenomena that the U.S. Federal Reserve has flagged it as an issue.

Ghosting in the workplace gained speed in pre-pandemic months when the U.S. unemployment rate fell to its lowest level in 50 years and 136,000 jobs were added. Qualified job candidates were in a position to choose whether to treat employers with respect or payback by exhibiting the same unprofessional conduct.

Another reason why the practice of ghosting in the workplace is becoming widespread is that job seekers are averse to confrontation and conflict. It’s easier to disappear without a trace than to face their employer and tell them they are not happy with they’re being paid or getting to do. Ultimately, it is the result of applicants and employees wanting to avoid tricky situations.

The reasons for employee ghosting vary. Whatever the cause, employees ghosting is becoming one of the top issues hiring managers face today.

Lindsey Vance, a freelance recruiter based in London, says she schedules interviews back to back because a majority of job seekers simply disappear before the interview.

“If I have five candidates confirmed for interviews in a day, and two show up, I’m happy,” says Vance.

They’re just not that into you

According to Indeed, job seekers ghost at various stages of the recruitment cycle: 50% have skipped on a scheduled job interview, and 46% say they stopped responding to call and emails from potential employers.

In some cases, the ditching went further long: 19% have accepted a verbal offer and disappeared before signing the paperwork, and 22% were a no show on their first day of work at least once.

Job ghosting not only disturbs hiring plans it also costs the company more than anticipated. The Society of Human Resources Management (SHRM) notes the average cost-per-hire for companies is $4,129 and the average time to fill a position is 42 days. This accounts for lost productivity, as jobs stay open longer than estimated.

Job ghosting could haunt your career

What advice would you give to employees ghosting in the workplace? It seems highly unfair to ask them to give employers the same level of respect they are not afforded themselves. But, HR experts and practitioners believe ghosting an employer is one of the worst ways to burn bridges.

Job ghosting can have grave consequences than doing so with your Tinder date. It reflects poorly on the job seeker and ruins their long-term relationship in the talent communities.

Just like in the dating world, it’s better to take the high road.

Instead of leaving the employer without a response, talk about your needs or experience. “I don’t see myself as a right culture fit in the company,” or “Another candidate might be what you’re looking for in this role.”

This is a much better strategy than ghosting in the workplace where the recruiter or HR may simply never know what happened. A job seeker’s honest feedback can help the employer learn more about their processes, culture, and people.

Write that uncomfortable email. Dial HR’s number on your phone. Do not simply fail to show up for the interview or leave without a trace after accepting the offer.

The professional world is much smaller than we think. Leaving on better terms is the way to go.

Priyansha Mistry
Currently editor at The HR Digest Magazine. She helps HR professionals identify issues with their talent management and employment law. | Priyansha tweets at @PriyanshaMistry
« Can I be forced to return to work during Coronavirus?
What are purple squirrels and unicorns? »