Come April Fool’s Day and we all have few memories of devising new prank ideas or getting pranked by someone. While this used to be a normal activity during our childhood or teenage, investing time in office fun is also not a bad idea. After all, having some fun culture also increases productivity at workplace. Did you think of any office prank ideas at the office yet?

Get one bottle of foul-smelling body spray or air horn, duct tape, adjustable chair (that has a spring beneath) and a clothespin. Here, the plan is to set up a spray bottle underneath the prey’s office chair so that when she sits down, it triggers the bottle to spray/blow a sound. And then laugh. Use the clothespin to plug your nose to shield from that awful smell.

Accessing Fakeupdate.net gives you a realistic looking update animation to trick your co-workers think their computer is in the middle of an important, frustratingly slow system update. The twist is that the update will never finish. Tiptoe on to your colleague’s computer and go to fakeupdate.net. Set browser to full screen (press F11). Select the theme of your choice. And your co-worker is set to be deceived. One can go back to a normal screen by again pressing F11. 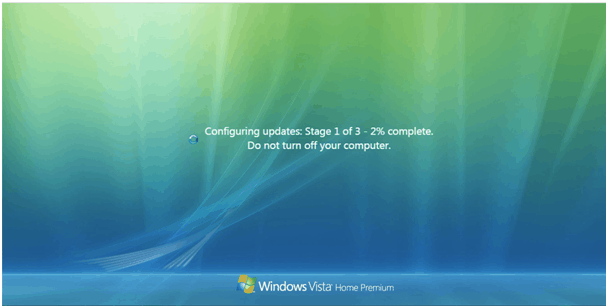 An animated theme on Fakeupdate.net

To create a hilarious situation, press enter after selecting the theme. The enter tab causes BSOD (blue screen error) as depicted in the picture. 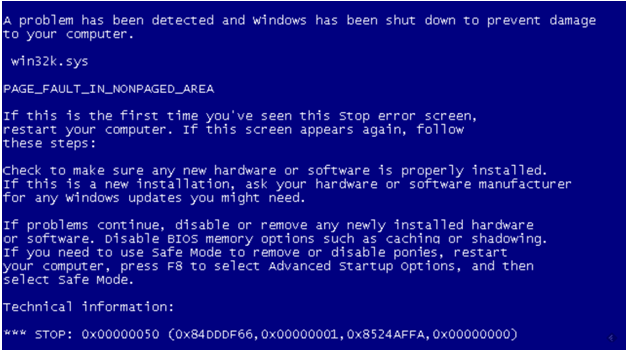 Attach an irrelevant (funny) video within an extremely “professional” email

It is one of office prank ideas that can be executed on a group of people together. Draft a mail that reads about an emergency meeting and sounds extremely professional in tone. Send that message with ‘urgent’ mark. Do include any humorous video with the mail and highlight about it in the message as something which must be seen before preparing for the meeting. Wait for all smiles till the co-workers finish reading the mail.

Let’s Get Goofy over Office Supplies

We can work out on two office pranks here. 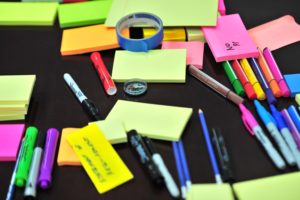 You may have similar workstations in the office and hence the dimensions of the cabin furniture are almost identical. Get to the office early and swap the drawers of multiple co-employees before they arrive. Look at the puzzled faces of the victim’s. Meanwhile, the fun gets extended as the employees’ search for their own drawers.

Secondly, every workplace has that one colleague who is obsessed with cleanliness. Make a team and place that employee’s entire office supplies (including the chair) at separate locations. Let the prey enquire for her things for a while before revealing the prank.

This one is the easiest of all office prank ideas. Tape the sensor on your associate’s mouse. Observe as your co-worker gets frustrated when they can only click, but can’t scroll. You can add a fun message on the tape to conclude the joke.

Where Are My Doughnuts?

The fun idea is going to cost you few bucks. Let everyone know that you are treating them with doughnuts, only for them to open up the box and see it’s filled with highly nutritious vegetable salad. This one goes for healthy laughs where no one loses anything!

Based on this, we can create a different version of office pranks. You can also offer burgers to your colleagues that are filled with chocolate brownies and invent a new flavor. Though you might gain weight in this case! 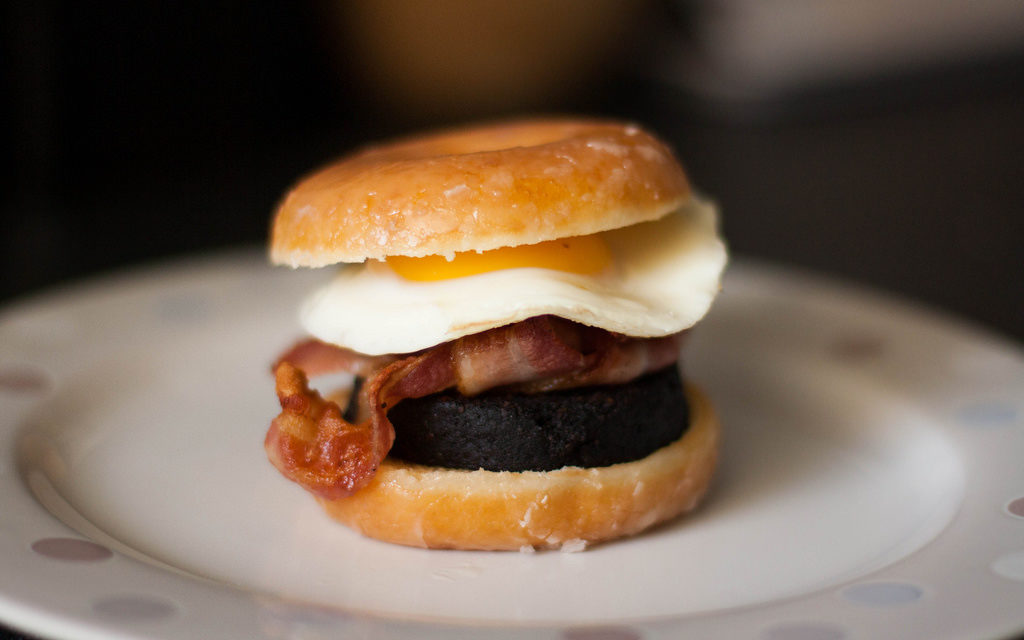 Surprise ingredient inside the burger

Head on a Jar

This ‘had a hard laugh’ prank requires your hidden talent for photo editing and some pre-planning. You’ll need 3 photos of your face – one captured from the front, and other two from opposite side angles. Blend the three pictures and create a continuous collage. Print it on paper and get it laminated. Now, stick this printed photo on a jar in such a way that it wraps around the vessel completely. Now cover the head of the jar with a tiny wig and place it in a fridge. Watch out people freaking on your extraordinary creation.

If you have extra keyboards in your office and enough technical knowledge on the computer hardware, then this prank is so for you. Just switch around someone’s keys.

Stick a horror poster on the ceiling of the office.

Anna Verasai
Anna Versai is a Team Writer at The HR Digest; she covers topics related to Recruitment, Workplace Culture, Interview Tips, Employee Benefits, HR News and HR Leadership. She also writes for Technowize, providing her views on the Upcoming Technology, Product Reviews, and the latest apps and softwares.
« Millennial Employees Need More Than A Pay Raise
Why It Pays To Be Nice To Your Employees? »