A noteworthy purpose of a leader in a professional setup is to help his team members to enhance their efficiency. The contemporary leader has to discover the latent caliber among his team members. A leader is not hired simply so that the members can report to him or buzz him when they are stuck. Leaders have the power to increase the productivity of the team with the right approach. This is something which is easier said than done. At the mere mention of the term ‘manager’ or ‘leader’, there is a mental image in the layman’s mind in which the leader is simply sitting in his spacious cabin. The sole reason for the leader’s existence is not just to supervise or approve work. It’s a superficial image created by media in people’s minds. On the contrary, the leader has to strive to unlock team’s potential.

It might often happen that employers struggle to multi-task in order to attain better results. Not only does the manager have to complete his job duties, but he also has to keep a check on the progress of his team. Building a great team is a factor which can make or break you as a leader in terms of professional efficiency. Hiring the right people on the job is not enough. The real test begins when you have to recognize the potential of his recruits and utilize it well.

Certain leaders are confused between the concepts of guiding the employees and instructing them. It is important for managers to note that their job is to tell them what to do, not to tell them how it is done. They are adults who have been hired for their skill or intellect. Therefore they need to be given the opportunity to put their assets to substantial use. 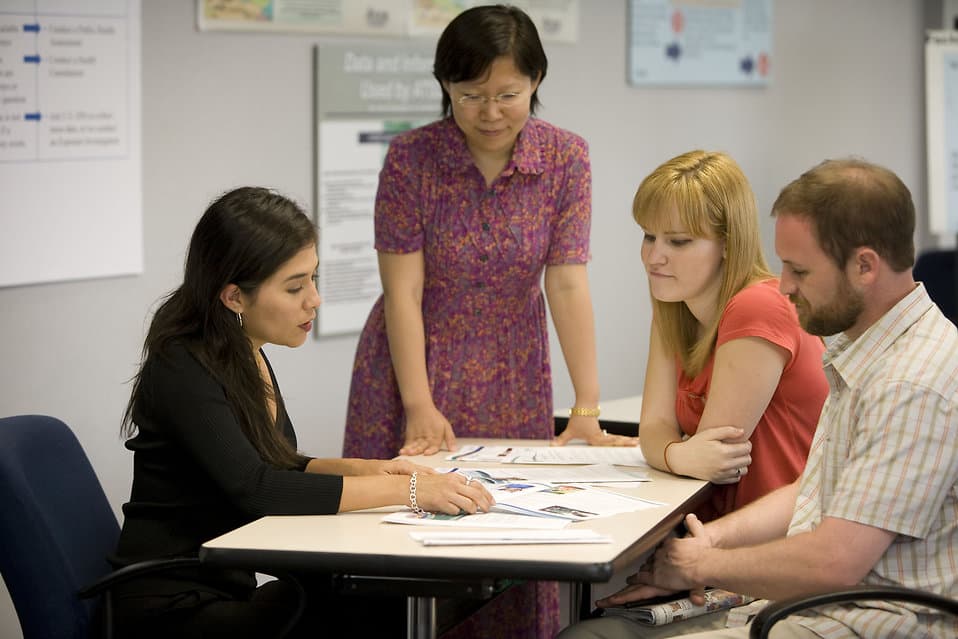 A unique approach is necessary to unlock the team's true potential.

As a leader, one must promote the concept of coming up with innovative thinking while working among the team members. Let them suggest ways for attaining the predetermined goal. This will make them feel valuable and will encourage them to widen their horizon. Always be open to their opinions as, through this, they will learn to think outside the box instead of following the conventional ways to work.

To unlock team’s potential; it is first necessary to test it. For this, let them take control of things once in a while. The weight of responsibility will encourage them to work better. Let them make their mistakes and learn from them so that they are careful later on. This will shape them as potential leaders in the long run. In certain workplaces, personal conversations are a big no-no. Such ground rules are laid in order to avoid personal banter and cause fewer disturbances to others. But work-related conversations must be allowed as everything can’t wait till the lunch or tea break. Let the team members share their ideas amongst themselves if it doesn’t bother the people around. A discussion will help them expand their ideas and also get feedback. This might enable them to realize their true potential and work upon it to use it for overall growth.

The improvement in work productivity varies on different factors depending on the individual. Pen down your thoughts on the same in the comments section below.