Lawsuit Against Yahoo: Review System Leads To Discrimination Against Men

IN BREIF: Silicon Valley Business Journal editor-in-chief Scott Ard has filed a lawsuit against Yahoo alleging gender-based discrimination against men. The lawsuit filed in a federal district court in San Jose, California, claimed Yahoo CEO Marissa Mayer, “encouraged and fostered the use of (an employee performance rating system) to accommodate management’s subjective biases and personal opinions, to the detriment of Yahoo’s male employees.”

This isn’t the first time Yahoo has found itself in hot waters over its review system. Earlier this year, the San Francisco Chronicle reported on another lawsuit filed by a former media executive fired from the company. The lawsuit against Yahoo alleged that the review system was prejudicial to male employees.

As per his LinkedIn profile, Scott Ard reportedly worked at Yahoo for three and a half years and served as the company’s editorial director. He had scored positive performance reviews and stock awards before Mayer introduced the quarterly performance review system. The QPR system left him with an unsatisfactory ranking before he was illegally laid off in January 2015. 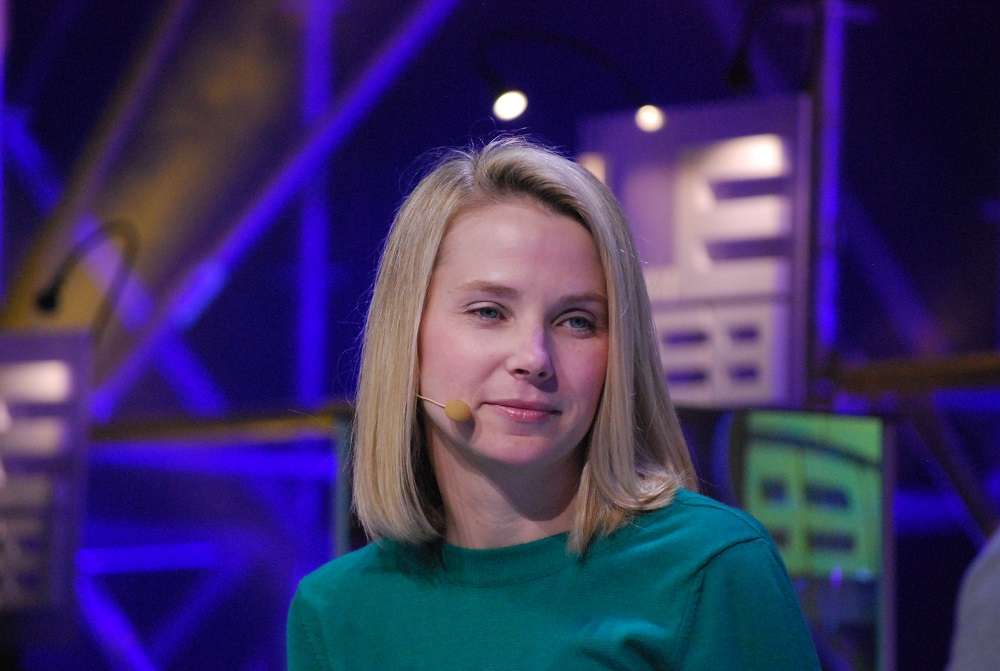 “Yahoo’s QPR Process permitted manipulation without oversight or accountability and was thus more arbitrary and discriminatory than the stack ranking used for a while by other employees,” the lawsuit said.

Ard claims that since 2012, Yahoo has fired more than 50 employees within a 30-day period on several occasions under the QPR system.

The lawsuit against Yahoo accused it of violating the Civil Rights Act of 1964 and U.S. Worker Adjustment and Retraining Notification regulations. It also claims that former Yahoo CMO Kathy Savitt, “intentionally hired and promoted women because of their gender.” It stated that 14 out of 16 senior level editorial employees hired were in fact, women.

Yahoo’s short-sight Hack to Be Diverse

It’s not unusual for Silicon Valley companies to get slapped with gender discrimination lawsuits. Over the past year, Facebook, Microsoft, and Twitter have been sued for discrimination against female employees. The disparity here is that Yahoo is desperately trying to paint a picture of healthy diversity. As of July 2015, 76% of leadership roles in Yahoo were filled by men, up from 77% in 2014. However, according to the lawsuit, when Yahoo laid off its workforce, reducing to less than 11,000 workers, it was more biased towards female employees.

Tech companies are prioritizing diversity by being more inclusive of women and people of color in their workforce. However, this is the first time a company has tried to fight bias against women by discriminating men. Surely this isn’t the right way to fight off gender bias.

Here’s what HR professionals can do to increase diversity, lawfully:

Circulate resumes without names for an interview. Create opportunities for women at the workforce, rather than reserving positions based on gender. Determine if the experience required for a particular job would impact on women. Create a mixed-gender team to interview candidates to reduce the likelihood of gender-bias.

Workplaces are rampant with gender-bias and occupational segregation. For example, nursing and childcare are more of female-dominated professions. While women suffer most from inequalities, it shouldn’t be taken for granted that discrimination does occur against men. According to a recent survey, it is going to take at least 30 years for women to reach boardroom equality. To reach there, let’s first ask ourselves what occupations, women are discriminated against and why. In our bid to create an equal concentration of men and women and others at work, we have bolstered a work culture rife with gender-bias.

Priyansha Mistry
Currently editor at The HR Digest Magazine. She helps HR professionals identify issues with their talent management and employment law. | Priyansha tweets at @PriyanshaMistry
« Opening The Open Book Management
Help! I Don’t Get Credit for My Work! »