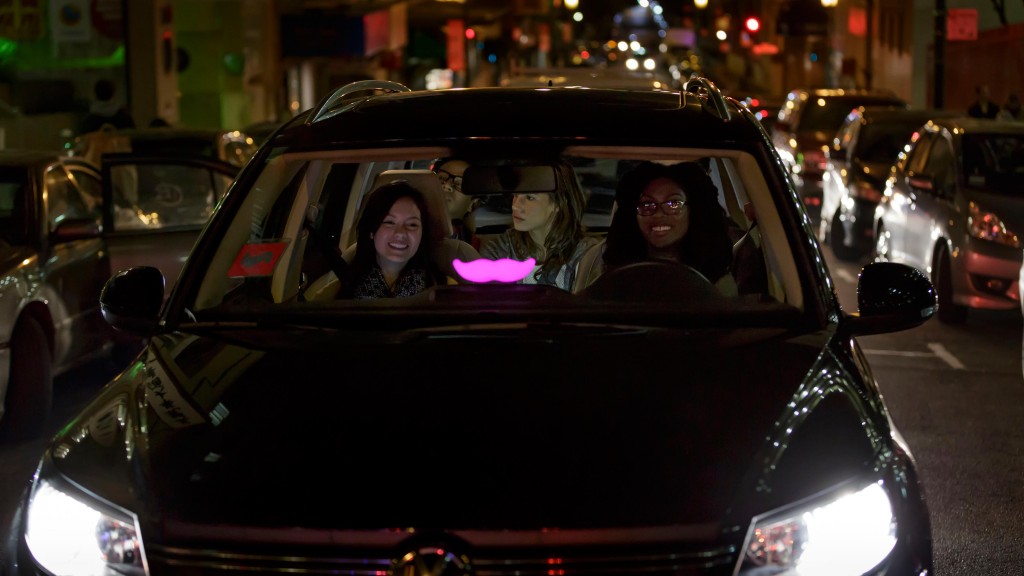 Lyft, the pally, mustachioed ride-hailing alternative to the steely Uber recently announced a number of programs meant to woo its drivers. Recently, at an event for drivers at its headquarters in San Francisco, Lyft executive Tali Rapaport announced three new benefits programs aimed to make the service friendlier for its drivers too: ‘Express Pay’, a new feature created in partnership with Stripe the payments processing company, lets drivers deposit fare earning into their bank accounts as soon as they hit the $50 benchmark on the road. A partnership with Hertz so Lyft drivers can rent cars on a daily, weekly, or monthly basis, depending on their needs. Drivers will be able to sign up for Lyft at Hertz locations. They can pay up to about $65 a day for car rentals, but will earn 20 per cent to 30 per cent more compared to other drivers since they’ll be driving SUVs and charging passengers a premium for bigger cars. This will also allow more and more drivers to join its ranks, even if they don’t want to use their own cars, or their personal cars don’t meet Lyft requirements. A partnership with Shell will offer Lyft drivers discounts on gasoline via Shell’s Fuel Rewards Program. The discounts will be offered at 12,500 Shell gas stations in Los Angeles, Chicago, and San Francisco. Lyft is ploughing away to reinforce its position against its adversary, Uber, now valued at an astounding $51 billion, which offers it drivers a range of perks. Recently, it partnered with insurance company AllState to offer roadside assistance as well as Starbucks to give drivers a Gold membership, which includes coffee discounts and a place to use the bathroom. A few months earlier, it announced a new program for drivers called Accelerate, which allows drivers amass perks based on ride volume. Rewards under the Accelerate program range from car maintenance discounts, assistance with taxes, access to contacts at company’s headquarters, and lots more. Lyft and Uber aren’t just competing for passengers these days, there’s also a fierce battle between the two for drivers. Earlier this year, Uber rolled out a number of perks including discounts for car maintenance, tax assistance, a pilot program to help drivers finance cars, health insurance recommendations and wireless carriers. Uber has also announced Momentum, a magazine for drivers to provide them with lifestyle advice. In response to criticism revolving around gig economy’s labor issues, workers for similar services companies are classified as independent contractors as opposed to employees. Independent contractors don’t qualify for benefits, overtime, reimbursement of work expenses and a number of workplace protections. This has led to a number of class-action lawsuits filed by drivers against Uber, alleging violations of California Labor Code.

Priyansha Mistry
Currently editor at The HR Digest Magazine. She helps HR professionals identify issues with their talent management and employment law. | Priyansha tweets at @PriyanshaMistry
« Dear Employees, Smaller Organizations too offer bigger benefits!
The Significance of Professionalism in the Corporate Industry for an Employee »