The Covid-19 pandemic affected the livelihood of many as the economy shut down and businesses came to a halt. Many companies either furloughed or laid-off employees, and governments stepped in with unemployment benefits and stimulation payments for affected people and businesses.

These measures were time-bound and had an end date. The easing of the lockdowns and the rollout of vaccines mean that most governments are tapering off these payments. But the economy is taking its time to reach the pre-pandemic levels, and many are still struggling to make ends meet.

For millions of Americans, Labor Day (September 6) represented dangerous crossroads as two primary federal Covid protection packages were ended. An estimated 8.9 million people will lose all unemployment benefits. A federal eviction moratorium has also expired, leaving many vulnerable to a reality of no roof over their heads.

Some silver linings are the continuance of rental aid and Child Tax Credit. But a vast number of American citizens now face a future of unemployment with no safety net of government pandemic benefits. 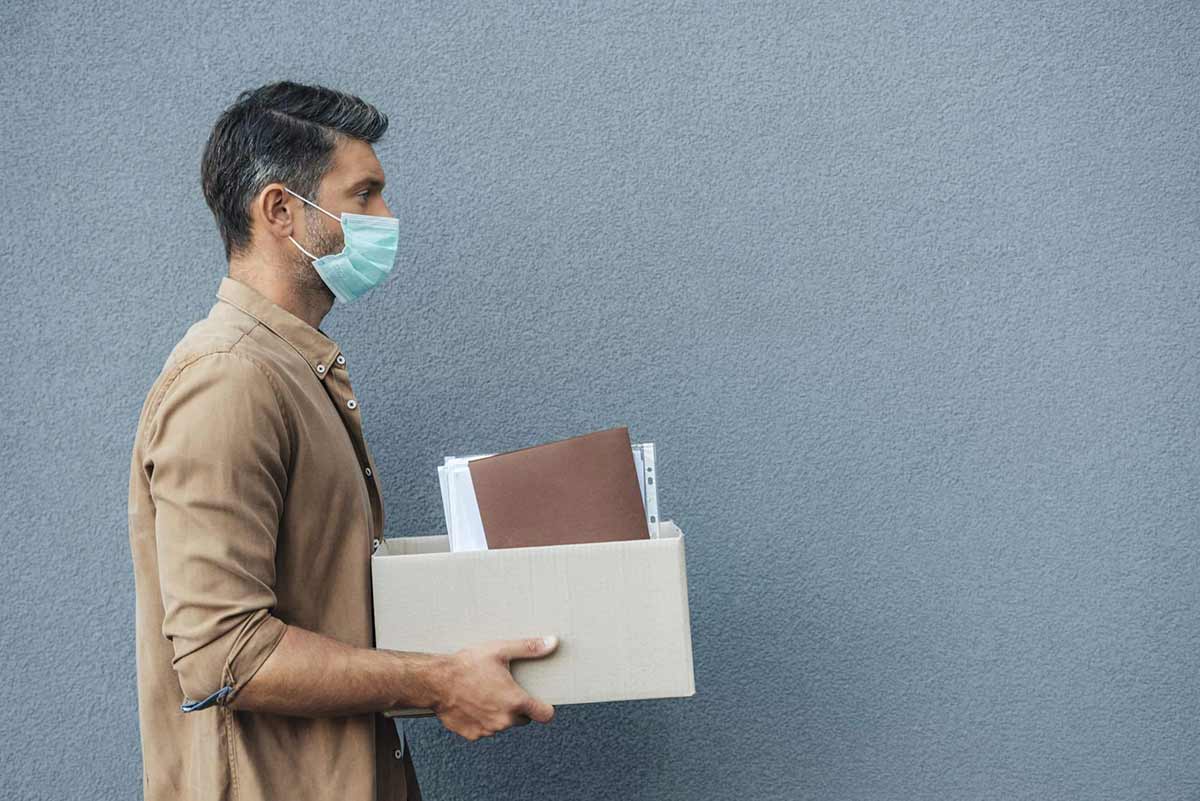 The Covid-19 stimulation package totaled nearly $5 trillion in federal expenditures since the virus outbreak in 2020.

“This will be a double whammy of hardship,” said Jamie Contreras, secretary-treasurer of the SEIU, a union that represents custodians in office buildings and food service workers in airports. “We’re not anywhere near done. People still need help. For millions of people nothing has changed from a year and a half ago.”

The virus still has a stronghold in certain parts of the US. Resistance to vaccines, the appearance of virus variants, and risky behavior have seen that the virus remains a threat. Many cities and areas are still not opening up fully to tourism and related trade. The hospitality and entertainment industry is still not fully operational.

Union officials say sectors like hotel housekeepers and office janitorial staff have been the slowest to recover. And these are “primarily staffed by women and people of color.”

Many of those housekeepers never returned to full employment even as hotel occupancy rates swelled over the summer. This is because most hotel chains are cutting costs by reducing services under the pretext of Covid-19. Daily services have become weekly, with hours cut for most staff.
Morgan Stanley estimates that the economy will grow at an annual pace of 2.9% in the third quarter, down sharply from its prior forecast of 6.5%. That decline largely reflects federal aid spending pullback and supply chain bottlenecks. President Joe Biden’s administration believes the U.S. economy has recovered enough to stop the benefits and ride over the threats of eviction and drop in unemployed benefits. The government has boosted the Supplemental Nutrition Assistance Program (SNAP) that can be used like cash to purchase food, and feels it is enough to smooth things over.
“Twenty-two-trillion-dollar economies work in no small part on momentum and we have strong momentum going in the right direction on behalf of the American workforce,” said Jared Bernstein, a member of the White House Council of Economic Advisers.

Labor Secretary Marty Walsh said, “Overall the economy is moving forward and recovering. I think the American economy and the American workers are in a better position going into Labor Day 2021 than they were on Labor Day 2020.”

But there are some who feel that the unemployment benefits have ended prematurely. Andrew Stettler, a senior fellow with the Century Foundation, says the administration should have tied the end of the protection program to specific economic recovery metrics. He believes the government should have waited till the unemployment figures fell below 5% for three consecutive months.

“This does seem to be the wrong policy decision based on where we are,” Stettler said. He believes the impact will be devastating on the lower income group people.

President Biden’s administration is now more focused on the “build back better” package of $3.5 trillion for infrastructure and other spending.

The Covid-19 stimulation package totaled nearly $5 trillion in federal expenditures since the virus outbreak in 2020. And now the Congress is divided over continuing with the expenditure. There is Republicans opposition to President Biden’s proposed $3.5 trillion aid package.

The lapse of the pandemic benefits has fueled calls for a re-evaluation of the entire unemployment benefits system. There are proposals to have jobless benefits more linked to economic conditions to give lasting benefits rather than as stopgap arrangements.

Anna Verasai
Anna Versai is a Team Writer at The HR Digest; she covers topics related to Recruitment, Workplace Culture, Interview Tips, Employee Benefits, HR News and HR Leadership. She also writes for Technowize, providing her views on the Upcoming Technology, Product Reviews, and the latest apps and softwares.
« Can Your Employer Require You to Get a COVID-19 Vaccine?
What are some good evening job options? »