Unconscious bias has established a big hole in gender balancing, particularly in the workplace. This leaves the men more considered for employment in various sectors more than the women, even when they both have similar performance credits. Employment statistics from various sectors in the labor market over the decade suggests that sex gap is continually widening significantly in many sectors. We can say its worst in the energy & mining, manufacturing, and software & IT services where women struggle to represent up to 25% of all employees according to a report from Global Gender Gap in 2017.

Employee gender diversity imbalance is really obvious that some multinational companies, especially in the technology industry, having admitted guilt, are putting up a fight to deal with the widening gender gap in hiring. Sadly, most of them have no positive result to share. However, there may be a bigger promise to closing the gender gap – the use of machine-learning products or AI for recruiting – a technology that has been proposed for quite some time now to attenuate bias hiring. Many would want to believe it’s ending with hype just because AI technology has already taking too long to prove a point on the gender gap.

While this sound like a big move to us, the organizations are also doing this to spend less or nothing in hiring; an expectation the AI technology is poised to live up to aside from eliminating unconscious biasing.

What is AI for recruiting?

Artificial Intelligence (AI) for recruiting is the use of artificial or augmented intelligence to solve problems that computers can handle in a recruitment process. It’s a new technology designed to automate or seamlessly streamline some workflow processes in recruiting, mostly in handling a large volume of data and sampling. If a software is used to auto-screen job candidates by learning resumes with no sentiments, responding based on established parameters, then the software is said to be AI-based for recruiting, which can be referred to as augmented or artificial intelligence.

What is the biggest challenge and how can machine-learning products help close the gender gap?

The most important move to closing the gender gap in the workplace is recognizing its existence. Many HRs want to believe that gender diversity is not an issue at their workplace, leaving AI-based software futile towards any gender balance motive. Recognizing gender imbalance calls for its solution; traced back to unconscious bias in hiring. And the understanding of this bias nature is enough to win huge motivation to seeking gender diversity.

Kevin Mulcahy, co-author of “The Future Workplace Experience: 10 Rules for Managing Disruption in Recruiting and Engaging Employees” and an analyst with Future Workplace says “The challenge with unconscious bias is that, by definition, it is unconscious, so it takes a third-party, such as AI, to recognize those occurrences and point out any perceived patterns of bias. AI-enabled analysis of communication patterns about the senders or receivers — like gender or age — can be used to screen for bias patterns and present the pattern analysis back to the originators.”

Having recognized the need to diversify gender by dealing with unconscious bias, the next step is to set up models or strategies that can address the bias pattern accountably. HRs must allow the employees to contribute in deriving patterns that promote individuals that are not same with themselves. The established patterns can then be used on machine-learning products.

“You have to create a culture of ‘If you see something, say something’ that goes as high up as executive leadership. Do not expect lower-ranking people to call out examples of bias if senior people have not provided permission and led by example,” Mulcahy says. “You can still use AI to help; machines know no hierarchy and can provide analytical reports back to workers of all levels, but there has to be a human element.”

More emphasis must be made here to ensure that the company is not running in a circle. The parameters to be used in developing algorithms for machine-learning products or AI for recruiting must be properly scrutinized to ensure that the program is not also biased to achieve nothing.

“AI/machine learning can help close the diversity gap, as long as it is not susceptible to human bias,” says Aman Alexander, CEB product management director, an organization that performs assessments on recruitment algorithms for machine-learning products. “For example, recruiting contact center employees could provide AI/machine learning models with the historical application forms of hired contact centre employees with high customer satisfaction scores. This allows the model to pick up on the subtle application attributes/traits and not be impacted by on-the-job, human biases,” Alexander added.

Recruiters are faced with more challenges when hiring for potential. This challenge can easily force a compromise to the developed recruitment standards. But AI/machine learning tools are far from this challenge. The system can be trained empirically to make decisions on candidates that may likely succeed using statistical relationships, which ordinarily would be difficult to calculate individually if unconscious bias is determined to be bypassed manually. CEB’s Alexander says that the machine can be trained using the company’s traits and primary focus, defeating threats to gender diversity.

“The human mind is not designed for the type of pattern recognition that can be most helpful in making hiring decisions. For example, most people would be able to rattle off a list of the many traits they desire or avoid in an ideal candidate but would have no idea what the relative success or failure rate is of people who exhibit those traits. They, therefore, don’t have any data to justify their beliefs,” Alexander says. “AI and machine learning analysis, however, can provide hard data that either confirms or denies recruiters’, hiring managers’ or executives’ beliefs about the types of hires they should be making.”

A target-oriented candidate search is a lot easier with AI tools. For instance, if a company is looking for a female C++ programmer, the AI-based software has the ability to search through and screen all the female candidates with the relevant qualifications provided, including the amount of experience and supply them to the recruiter or HR manager. The search goes beyond matching job titles and experiences, AI tools have the feature to focus on specific skills that can make the candidate a very successful system programmer.

“If you are going out and trying to identify candidates, you have a massive-scale data problem right off the bat — you’re looking at something like a billion social profiles, and you have to determine what’s relevant, what’s not, what is information about the same person, what’s out of date, and make inferences about that data,” says the CEO of HiringSolved, Shon Burton. “Using AI and machine learning to search speeds up the process and makes it more efficient, while also making it easier to find diverse candidates at top of the hiring funnel.” 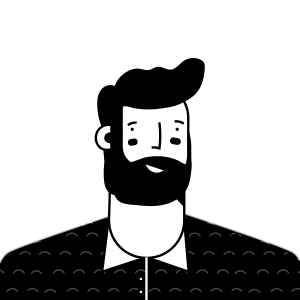 Jay Raol
« My Coworker Kissed Me. I’m Absolutely Petrified. Apologizing To Him is Out of Question. What Next?
The Mooch Coworker: Why Am I Still Paying for Her Lunch Every Day? »

How to shut down office bullies

Workplace Culture Anna Verasai - September 22, 2020
Bullying in the workplace is a critical situation, be it in the workplace, home or outside. One should take strict action and steps to addre...

How to increase employee engagement and happiness during the pandemic

Employee Benefits Anna Verasai - September 21, 2020
Handle your employees effectively and keep them manageable and occupied with the tips and tricks of management. ...

Tips for overcoming racial discrimination in the workplace

Workplace Culture Anna Verasai - September 20, 2020
Following the tragic death of George Floyd due to excessive use of police force has led to a wave of protests all over the world over discri...

Featured Diana Coker - September 19, 2020
Dream jobs are not a myth, besides tasting burgers for a lark, one can choose to be a snuggler, a sleep tester or a face feeler. If you do n...

My Coworker Doesn't Talk To Me - How Do I Handle it?

Most industries forced to turn furloughs into permanent cuts