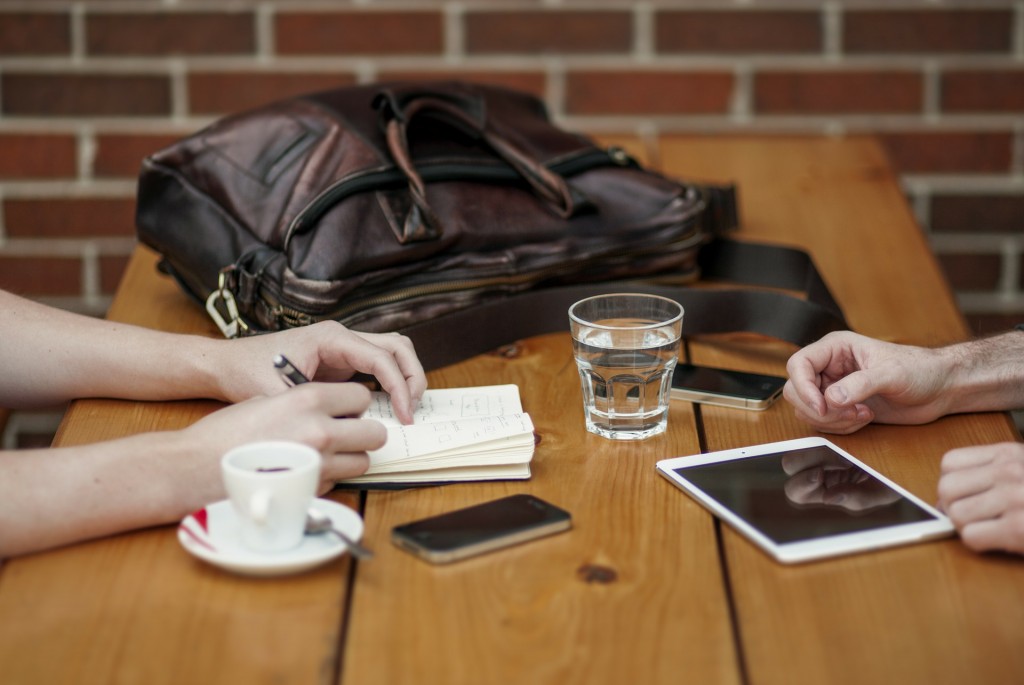 In 2010 the word ‘Nomophobia’, no-mobile-phone phobia was coined during a study on anxieties suffered by mobile phone users carried out by YouGov, a UK-based research organization. In a corresponding study sponsored by British cellphone technology company SecurEnvoy, it was revealed that 66% of the population suffer from ‘Nomphobia’. That’s about two-third of the world, having cellphone as a digital mistress. WebMD has a page dedicated to this 21st century addiction already! It’s surprising how anxious, deprived and naked people feel without a cellphone to bury their faces into every 5 to 10 seconds. Now, the big workplace question is – what happens when nomophobia starts affecting the workplace environment? It is easy to identify nomophobics. They frequently check to make sure the phone is within their radar- on the desk-in the pocket-everywhere they go. They use it at inappropriate places, for instance, frequently in the middle of an important business meeting checking to see if they’ve received a text or an IM, and lastly making sure the cellphone has enough battery life. There are dozens of scenarios where the usage of cellphone to the annoyance, state of offending others,  or at the expense of productivity has questioned the need to curb it down within the office premises. This spells for trouble in corporate culture, especially when you are torn down between providing a healthy environment of trust and freedom, and enforcing a uniform policy so that it doesn’t affect their work efficiency. According to a Silicon Valley entrepreneur, such debates within the management would never occur if there are clear and measurable output standards within the company. Instead of banning employees from using personal devices in order to address ‘productivity issue’ (which can backfire), management can draw employees focus on appropriate workloads and deadlines without causing stress in employees’ lives. In fact expectations from the employees should always be clear from the start. Enforcing no-cellphone usage policy can hinder their morale. But there are companies out there testament to such draconian policies who consider excessive cellphone usage in the office equivalent of stealing company time and resources. Different people have different ways of working. Sometimes you’ll find an employee finish all of their work to the satisfaction of their manager. Their work is usually punctuated by bursts of those demanding nomophobic activities in between, but as long as productivity isn’t affected nobody takes notice of it. For some it can work as a quick escape from stress. But it is those who leverage on no-cellphone usage restrictions by not meeting the deadlines- causing distractions, where the issue needs to be addressed rather than letting it slide. In such cases you can politely ask them to refrain from using it during important work. They need to know that such behavior can be detrimental, i.e. affect co-workers stationed in cubicles nearby by interfering with their productivity (all those ringtones and loud notifications!). It can also encourage others to use it as they please. On a brighter side, in most cases employees respond well to such freedom and trust. Now if your company doesn’t have a well-crafted policy restricting cellphone use, and if such behavior still persists affecting their productivity/deadlines, the best possible way is to address it is by being straightforward and head on through an email reminder. In case, if email reminders go unnoticed and such behavior is causing a significant problem, the best thing is to sit down and have a clear discussion where they are made aware of the productivity loss that is taking place. This will work as a final warning or as a step of disciplinary process which is both fair and logical. The employee should know that you are allowing a more mature, efficient and dynamic workplace to thrive by not promulgating and enforcing restriction policies. By leveraging trust and the absence of policies, they are eroding workplace environment. If it is still hurting the bottom-line at the end of it, the final decision need not be taken lightly.

Leadership Jane Harper - April 25, 2022
A National Labor Relations Board court has determined that Amazon broke federal labor law when it fired a worker for pressuring the company ...

Leadership Priyansha Mistry - April 14, 2022
Can you really turn a shy or chilly type into a corporate Ryan Reynolds? ...

Leadership Diana Coker - March 27, 2022
The HR industry in 2022 is seeing a dramatic shift, with the HR professionals playing a crucial role in maintaining employee engagement, hea...

Leadership Jane Harper - March 21, 2022
Here are some of the best hybrid workplace technologies for working remotely that can bring you much success in everyday work. ...