Occupational Alcoholism Could Be Creeping Into Your Workplace Culture

American Addiction Centers is an organization dedicated to helping adults struggling with addiction and co-occurring mental problems. In this exclusive interview, Dr. Lawrence Weinstein, Chief Medical Officer of AAC talks about the gravity of this problem and how employees and employers can rise above it.

The HR Digest: Would you give The HR Digest readers an idea in numbers of the breadth and magnitude of occupational alcoholism in America?

Dr. Weinstein: Alcohol is the most widely abused substance in the country. In 2016, the Substance Abuse and Mental Health Services Administration (SAMHSA) released their National Survey on Drug Use and Health, which reported that more than half of the country’s population aged 12 and older currently use alcohol.

Nearly 50 million Americans are currently addicted to drugs and/or alcohol or are in recovery from drug and/or alcohol use disorders, so most employers will eventually find themselves encountering this issue. The disease of addiction is not restricted to hours outside of 9 a.m. and 5 p.m., so the probability of a number of the millions of people suffering from alcohol use disorder consuming alcohol during working hours is very high.

The HR Digest: Why are so many working professionals suffering from alcohol use disorder? What are some of the factors at play?

Dr. Weinstein: Many factors can be at play in regard to working professionals and alcohol use disorder. There are specific professions that are more likely to contain problem drinkers than others, and common factors include high-stress environments, long or inconsistent hours and underlying psychological or physical pain. The Substance Abuse and Mental Health Services Administration compiled data and found that the following professions had the highest rates of alcohol use:
i. Lawyers - as many as 1 in 5 attorneys have issues with alcohol including binge drinking and heavy drinking. This number is twice the national average.

iii. Mining - Miners have the highest rates of heavy alcohol use. Nearly ⅕ of those in the mining industry reported heavy drinking in the previous month.

v. Hospitality and food services - 11.8 percent of those working in hotels, restaurants, bars and other related professions.

While these occupations have many factors in common, it’s important to keep in mind that the reasoning behind an individual’s alcohol use can vary from environmental or genetic components.

The HR Digest: What advice would you give to someone who worries not drinking on the job will hold them back professionally?

Dr. Weinstein: If an individual felt that not drinking on the job would inhibit their professionalism, it would be a great indicator that their dependence on alcohol has reached an alarming level and treatment is needed.

If an individual feels that not participating in work-related happy hours or drinking at a company party would stall their career in some way, I would remind them that they always have the option to not drink alcohol. Unfortunately, a lot of professional networking and social events take place at bars or other locales with alcohol, and in some industries, having a drink while conducting business is common practice. Despite this, drinking alcohol is not necessary.

The HR Digest: Observers have noted a connection between working long hours and alcoholism. What can employers do to turn this around?

Dr. Weinstein: High stress and long hours are two things that occupations with the highest rate of drug use have in common, so employers can work on mitigating those factors. Reasonable working hours/shifts and workloads, breaks and other resources available to employees such as an open door policy that allows an employee to speak to a supervisor about issues they may have or access to a 24-hour nurse line. It is also important to ensure that employees understand the employee assistance program(s) available to them.

The HR Digest: Health care benefits are one of the largest ongoing expenses for employers, which are only rising with an aging workforce. How should a company go about designing value-based care programs that achieve both short-term and long-term effects? 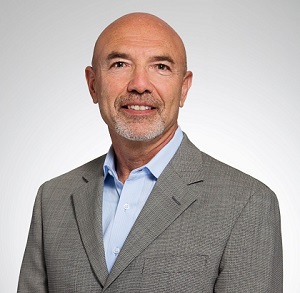 Dr. Lawrence Weinstein was appointed chief medical officer of American Addiction Centers in August 2018. He is an accomplished physician executive with more than 20 years’ experience in managed behavioral healthcare. In addition to his extensive senior leadership background, he also delved into private practice, where he provided individual and group diagnostic psychotherapeutic services, family therapy and addiction psychiatry.