Alcohol consumption may be frowned upon during work hours, but it has always played an important part in the business culture. Right from celebrating a deal or snagging an important client, account or reaching a milestone, people celebrate the wins with an after-work drinks party or a team lunch that becomes a lazy afternoon of drinking joy. If you want a team bonding session, then after-work drinks are the obvious choice. Some companies even advertise happy hours and a Thursday/Friday drink day as a recruitment perk. Office parties and yearly celebrations are never complete without the drinks flowing freely for the interested.

Brandee Baldwin, Director of Human Resources at Laguna Treatment Hospital, says, “We’ve cultivated a drinking culture. Going out for drinks has become a routine for work-related celebration, whether it’s winning a new account or nailing a big presentation. With the rise of coworking spaces, regular beer on tap is advertised as a selling point. Some companies even designate a day of the week for an after-work happy hour.  In many organizations, drinking at work is even encouraged, with some companies proudly promoting their Thursday afternoon beer cart perks for recruitment purposes.

Alcohol in The Workplace

A survey of 3,000 workers on their after-work drinking habits and how much they spent on drinks found that the average American worker spends $3,035 per year on after-work drinks—that’s the equivalent of over 650 beers. It was also revealed that drinking sessions often extend one to one and a half hours beyond office timings, which means that the workday extends to almost 10 plus hours.  The survey also found that one in 10 indulged in shots after drinks, and 14 percent admitted to inappropriate behavior after imbibing. 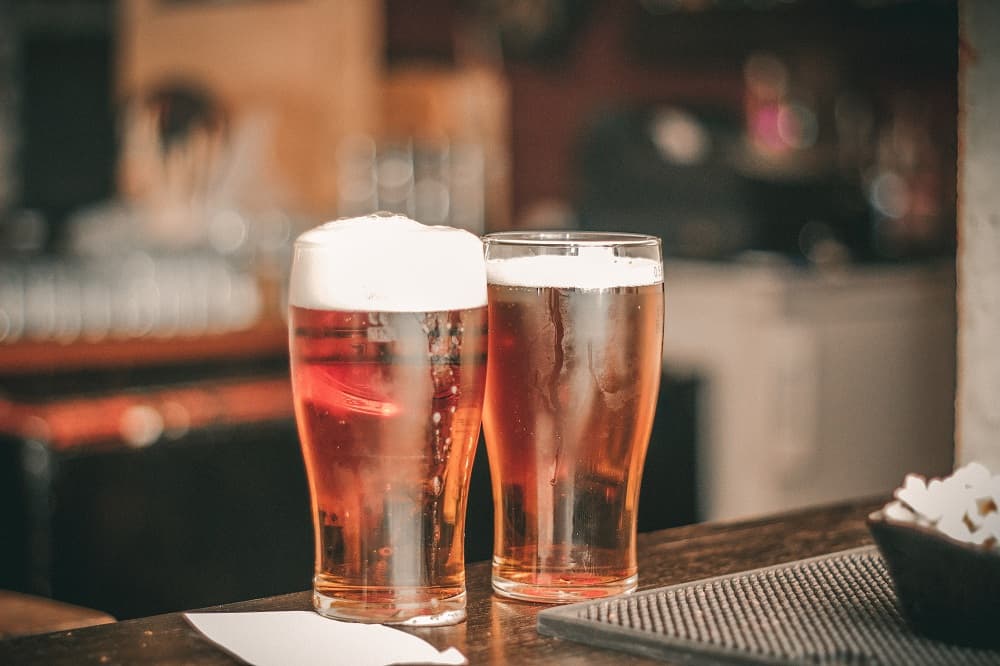 Identifying the employee with alcohol problem early makes the situation easier to handle.

Almost 15 percent of those surveyed were comfortable drinking in front of their bosses, and 11 percent said they were not ready to share drinks with their subordinates in the office. Another survey by niznikhealth of 1000 individuals about their experiences drinking or abstaining at company events found that tech company employees reported drinking at office parties more than any other industry.  A third of tech workers reported company-sponsored happy hours. ‍ Power differentials can complicate drinking with colleagues: Almost 40 percent said it was not acceptable to drink with bosses, although 78 percent found it acceptable to join co-workers.

This Don Draperesque patriarchal way of conducting oneself in office has seen a 180-degree change in recent times. The discourse around office etiquette and conduct has forced a change in the way alcohol consumption happens in the workplace. Sexual misconduct in office has led to some strict rules and regulations being applied in almost all workplace, and putting certain processes in place to handle such an event. Additionally, many companies have done away with alcohol consumption at office events entirely. Along with the behavior associated with alcohol use, there are more liabilities like injuries and insurance arising from any untoward incident because of drinking during office related activities. Salesforce CEO Marc Benioff wrote a strong message to his 25,000 employees, emphasizing the company’s no alcohol policy. “I want to remind everyone that we have a no alcohol policy at Salesforce,” Benioff wrote .

Alcoholism in The Workplace

“Alcohol is a drug and having alcohol on a Salesforce premise is simply unfair to the others who either do not want it or are intolerant of it.” Heavy drinking can lead to regrettable behavior and disclosures about office colleagues, which might lead to consequences. So what are the steps that the Human Resource department of a company can take to promote appropriate habits? Have a clear written brief on the company’s alcohol policy. Companies should take certain steps to ensure good behaviour at social occasions and lay out company policies regarding the same. Brandee Baldwin has a few suggestions on how HR leaders must help: “While HR can establish codes of conduct that employees must abide by, there will still be limitations on all employee actions outside the workplace. That’s why it’s important for HR leaders can take steps to better manage the things they can control: Understand that the employee experience is more than free beer.

According to Topia, a global talent mobility company, in 2020 HR leaders must look beyond the trend of offering lifestyle perks—today’s workforce wants more growth opportunities and increased skills. They don’t care about Wine Cart Wednesday. The pressure should be off HR to involve drinking in the everyday culture of the company.”

Anna Verasai
Anna Versai is a Team Writer at The HR Digest; she covers topics related to Recruitment, Workplace Culture, Interview Tips, Employee Benefits, HR News and HR Leadership. She also writes for Technowize, providing her views on the Upcoming Technology, Product Reviews, and the latest apps and softwares.
« Overused Office Jargon That Leads You Nowhere
Office Email Terminology : Do you know them? »