Home > Trends > Workplace Culture > Under One Woof: The Joy of Bringing Pets at Work!

Under One Woof: The Joy of Bringing Pets at Work!

Around 22 percent to 25 percent of companies in America allow employees to bring pets. The number is an increase from 20 percent of companies in 2008, according to a survey by Banfield Pet Hospital. A growing wave of companies take pride in allowing their employees to bring their pets along to the workplace. This, of course, is led by outliers such as Google, Mars, Nestlé, to name a few. Some are even paying their employees after recognizing the benefits of bringing pets at work! At Village Green, a Detroit-based property management company, employees are paid $25 to work with their dogs as a part of Pet Sitters International’s Take Your Dog to Work Day.

Businesses of all shapes and sizes are becoming warm and fuzzy about bringing pets at work. Dogs are the most common companions, however, some workers even bring cats or smaller pets like a hamster. While many enjoy having an animal around, there are some who do not. There are three key benefits to bringing pets at work. So, what are these upsides? Let’s take a close look. 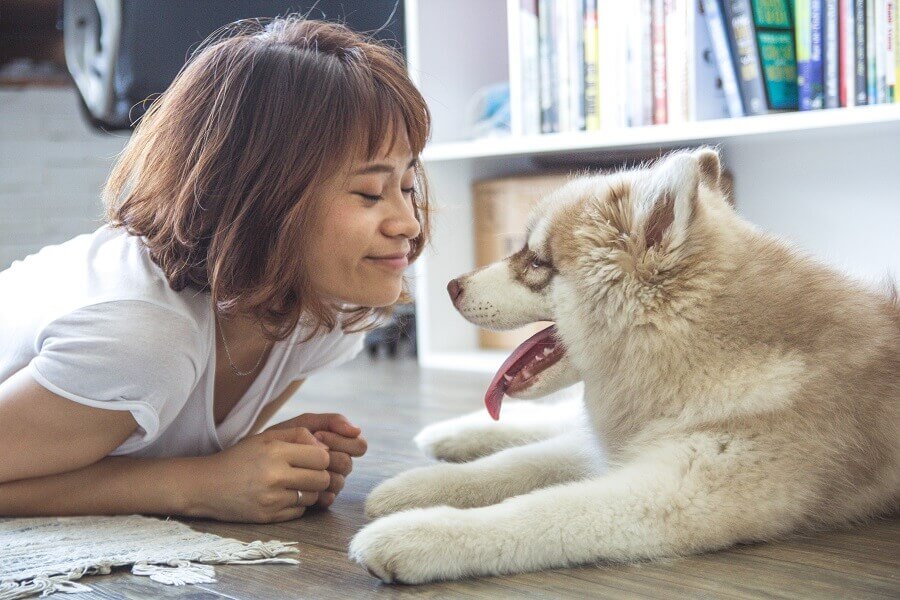 A study in the International Journal of Workplace Health Management noted that access to pets was calming and influences and reduces stress at work, whether people had access to their own pets or other people’s. In a “Dogs and Blood Pressure” study, researchers divided a group of 45 burned out stockbrokers with hypertension, into two groups. Both groups were put on anti-hypertension medication to lower their blood pressure. However, group one was also told to adopt a pet. Six months later, the researchers found that those who had adopted pets were calmer even during stressful time than those who were only advised to continue with their medication.

Pets increase co-worker cooperation, interaction, and cohesion. The atmosphere in the office becomes warmer, sociable and even more laid-back. People will stop in the halls to stroke your pet, you start talking to people in a different department of the company who you’d never normally have spoken to. What follows next, is a positive, more pleasant working relationship with your coworkers.

Bringing pets to work increases productivity. Pet-owners won’t need to have to rush home and feed or walk their pets. It also plays a huge role in reducing absenteeism, because employees are able to look after their pets’ needs at work.

Some people have health conditions which make being near animals a physically unbearable experience. People with some form of pet allergy make up 15 percent to 30 percent of the total population. The allergic reactions vary from itching or sneezing to full-blown panic attacks and severe respiratory disorders. Some don’t feel uncomfortable around certain animals, which could be because of a traumatic experience in the past. To ensure your company doesn’t get into trouble, it’s important to set a ‘pets at work policy’.