During a job interview, a candidate is usually nervous about carrying himself in front of the interviewer. This is because of the fact that it is not enough to simply answer the questions asked correctly, the interview observes the entire personality of the individual. One of the key factors in doing so is the body language of the person. Psychological studies claim that the body language of a certain individual gives away the thought process at that current time span. Keeping this in mind, it is important to present oneself confidently in a job interview.

It is important to remember that as soon as one walks into the office premises, he is being scrutinized. This makes it essential for the candidate to be on his best behavior right from the beginning in order to present himself in a confident manner.

Throughout the interview, try to maintain an eye contact with the person. This will show that one is keen on listening to what is the interviewer saying. If the candidate is at the speaking end, the eye contact portrays that the person is sure about whatever he is saying. However, there is a difference between maintaining an eye contact and staring. It is forbidden to stare at anyone as it is rude and disrespectful.

When the interview is going on, it is essential to be aware about the position of one’s hands. Placing them on one’s lap is a sign of nervousness. Instead, rest the arms on the table during the conversation. While talking, use the hands to make gestures as this portrays one’s self-confidence level and shows the involvement in the conversation. 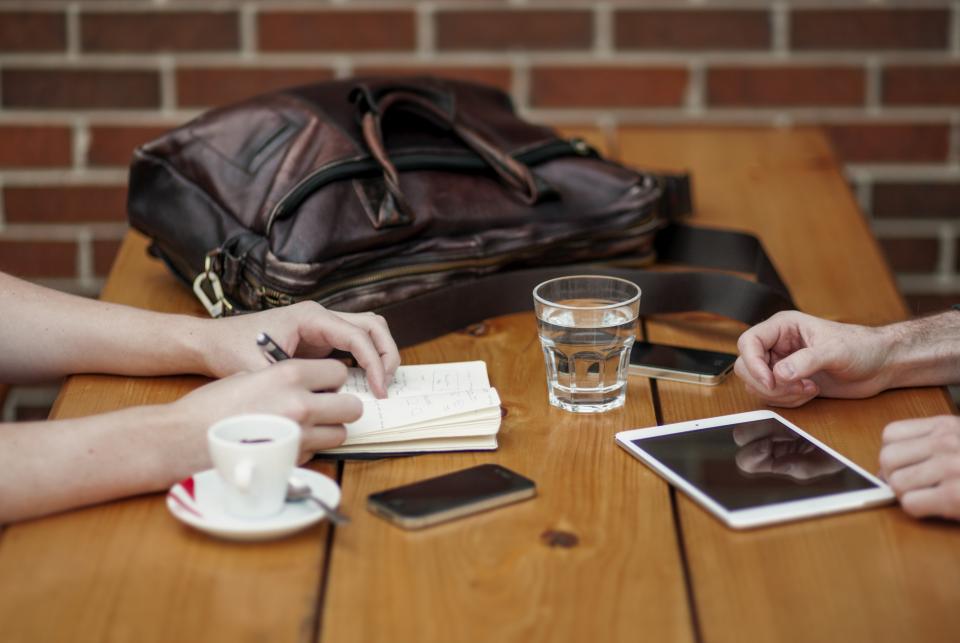 It is important to be aware of one’s body language during a job interview.

Things to avoid in a job interview

The candidate is usually seated opposite the interviewer across the table. At such a time, the candidate needs to be conscious about his body posture. A person who slouches has a negative impact on the interview. Therefore, sit in an angular posture with the back straight and resting on the chair.

When the conversation is in full swing, try to avoid touching the face or fiddling with anything. This distracts the person who is speaking or even listening. Not only this, but studies state that the person who constantly touches his face is dishonest and not trustworthy. This will reduce the chances of acquiring the job.

One of the most significant factors of body language to be remembered is that the person should leave a pleasing impression on the interviewer. In order to do so, try to have a subtle smile on the face throughout the conversation. People who have a straight face all the time often give the impression of being grumpy. Especially while discussing the job profile, try to show slight enthusiasm. This will give the interviewer an idea that the candidate is keen to associate with the company.

Jane Harper
Writer. Human resources expert and consultant. Follow @thehrdigest on Twitter
« Q & A With Jane: Is Work Commitment a Two-Way Process?
Glassdoor: The Best Companies to Work For In 2017 »