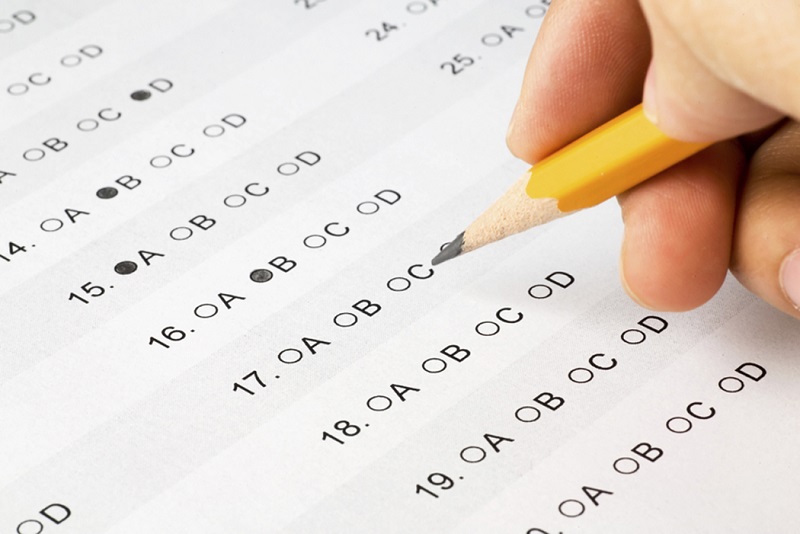 Research indicates that it can cost up to roughly 150% of an employee’s salary in lost productivity. Much less for lower level position. Making bad hires is a cost that every organization should strive to reduce. Psychometric assessment adds a certain level of objectivity to the traditional hiring approach by helping companies remove the unconscious strata of bias that comes along with candidate selection. Figures have shown that psychometric testing can improve the hiring outcomes by 25% over traditional recruitment methods such as resume screening.

When used correctly, cognitive and personality tests can provide a more objective overview of a candidate’s strengths, weaknesses, character, and working style. For employers, cognitive and personality traits can help measure the future performance of a candidate and hopefully improve employee retention by making successful hiring decisions. However, companies must never use personality tests in isolation to maximize the predictive accuracy, but as a component of an integrated hiring strategy.

A 2012 survey conducted by the Society for Human Resource Management noted that roughly 18% of companies used personality tests in the recruitment process during the year. The number only increased at a rate of 10-15% a year, according to the Association for Test Publishers and a few industrial and organizational psychologists.

WHY DO WE USE PSYCHOMETRIC ASSESSMENT IN RECRUITMENT?

Psychometric testing can measure attributes such as intelligence, motivation, critical reasoning, and personality profile. Typically, employers will assess the skills and experience fairly accurately, although nuggets of gut instinct regarding virtues and morale can be fairly subjective.

Psychometric testing offers objectivity to the pre-employment screening process and helps hiring managers receive a more fair and accurate way of assessing applicants. Traditionally, these are pen and paper tests, however, in today’s digital age, more and more companies are looking into quick and easy ways to integrate the stage into the online recruitment process.

A large number of companies often view psychometric testing as a way of employee screening a large pool of candidates during a recruitment drive. For hiring managers, psychometric testing can dramatically reduce the workload, leaving more time frame to identify potential candidate from a suitable batch of applicants for the later stages of the interview process.

Job seekers who apply online at McDonald’s Corp. must agree with the statement on the personality test that says: “If something very bad happens, it takes some time before I feel happy again.” A similar behavioral test at RadioShack Corp. goes like this: “Over the course of the day, I can experience many mood changes.”

Xerox Corp. says personality tests have reduced employee attrition in high-turnover jobs. These tests allow managers to predict with more than 80% accuracy which employees will get the highest performance scores.

HOW TO USE PSYCHOMETRIC TESTING:

There are different types of tests that allow companies to measure how individuals differ in motivation, principles, opinions, and priorities with regards to different situations and tasks. Some of these tests can also help analyze hidden traits of an individual. Aptitude tests, for example, are helpful at analyzing an applicants’ abilities than a formal certificate of education. Personality tests are helpful at analyzing the working style favored by an applicant and how they interact with their surrounding and fellow workers.

Companies, hiring managers, and HR professionals should also be mindful of legal companies when they add personality tests to the recruitment process. The rise of psychometric tests has sparked criticisms over fears of the effectiveness of data-driven algorithms that determine the future of an applicant.

In the United States, the Disabilities Act requires tests to respect privacy and not attempt to diagnose applicants in any way. In 2014, the Equal Employment Opportunity commission investigated in what ways cognitive and personality tests discriminate against individuals with disabilities. According to EEOC documents, officials tried to determine whether the tests eliminated individuals suffering from mental or personality disorder, even when they had the right skills for the job.

Today, there are also laws that prohibit organizations from asking candidates to take any assessment that is designed for the purpose of diagnosing susceptibility to depression, and risk for mental or personality disorder. Due to anti-discrimination laws, employee assessment tools should be well validated.

FORTUNE 500 COMPANIES THAT USE PSYCHOMETRIC ASSESSMENT:

The recruitment process at ExxonMobil is divided into various stages, ranging from online application form to assessment tests. Candidates are asked to answer a few competency questions in the online application form, whereas personality test questions are asking during a phone interview. The main psychometric test comes in the second stage and is a numerical reasoning test of 20 minutes, supplied by SHL (one of the biggest cognitive and personality testing companies in the world).

Recruitment process at JPMorgan involves applicants taking up aptitude tests followed by several interviews. It follows the SHL reasoning test format and has basically three parts: Numerical, verbal and technical tests. Numerical involves answering 20 questions in 20 minutes without the use of a calculator, and the verbal is also a 20 minutes test. It also runs PC code-based tests that last for 80 minutes. Lastly, every applicant is required to write a 300-word essay on what inspired them to apply to JPMorgan.

Aptitude test at Chevron comprises of 51 questions that one needs to answer within 20 minutes and is quite varied. It consists of picture, word logic in addition to verbal and numerical reasoning. It is supplied by Onetest. The test difficulty increases with consequent questions.

Psychometric test at Ford Motor is supplied by SHL and is divided into two major parts: numerical reasoning, and inductive reasoning test. Numerical consists of 20 questions for 20 minutes testing one’s knowledge of ratios, percentages, statistics, and graph interpretation. The inductive reasoning test assesses one’s knowledge of logic. It involves identifying patterns in a sequence of images.

Personality test at Microsoft takes place over the telephone. It comes after the competency and SHL tests. One needs to have an impressive knowledge of Microsoft for the competency test. Behavioral questions are also asked. The 24 question SHL test (mainly inductive reasoning) requires to be completed in 25 minutes.

Psychometric tests for KPMP is supplied by Cubiks and generally divided into two parts: Competency-based questions and Decision making/problem-solving tasks. Competency based questions are to assess how the applicant works with people. While decision-making tasks come in the form of two tests – Situational Judgement Test (SJT) and a Numerical Test. SJT analyzes the thought process of job seekers and indicates whether the candidate is a leader or follower while the numerical test is an assessment in ratios, percentages, tables, and charts.

Psychometric tests at HP are varied, depending on the job role applied for. However, the recruitment process involves a telephone interview as well as several assessments through which behavior and personality tests are verbally administered. The ability test is basically verbal and numerical reasoning.

Set of numerical reasoning questions at Citigroup is provided by Talent Q, where level difficulty increases with succeeding questions. A nonverbal pictorial test to test applicant’s logical reasoning are especially difficult and are taken only by applicants into operations, technology, and HR job functions.

Tests are P&G are entirely different. It consists of two parts. A competency test, called P&G Success Drivers Assessment, analyzes the thought patterns of candidates to gauge whether they are P&G People with P&G Minds and P&G Ability. It’s more of a personality test. The second is the P&G Reasoning Test, which consists of verbal logical, numerical, and abstract reasoning.

McDonald’s psychometric test is a personality test which needs to be completed right on the spot. It can also be taken home to be returned when finished by the applicant. It assesses what kind of employee one will be by asking questions that gauge their reactions under various situations.

Priyansha Mistry
Currently editor at The HR Digest Magazine. She helps HR professionals identify issues with their talent management and employment law. | Priyansha tweets at @PriyanshaMistry
« The HR Digest: Deloitte’s Human Capital Trends of 2016
Even Introverts can crack a Job Interview with these strategies »