Richard Branson’s corporate philosophy that “People are our greatest asset,” was not just made to impress the workforce. He is of the opinion that employees should be given top-priority. And thus, he has created a non-hierarchical, egalitarian, family-like culture in all of companies, an environment in which people like to work and coming to work. A central point of the corporate philosophy is that Branson likes to preserve the entrepreneurial integrity within Virgin. If you fail to motivate your people, you cannot get through bad times. If your employees are happy and enjoying their work, they will stay productive. Consequently, the customers will enjoy their experience with your company.

The Virgin Group’s core businesses include retail operations, hotels, communications and an uber-successful airline. His flagship company, Virgin Atlantic Airways, has regular flights to New York, San Francisco, Los Angeles, Tokyo, Hong Kong, and Dublin. In many ways, Richard Branson has designed a company for the 21st century. What can we learn from Branson and his actions as an organizational architect to make a Virgin success story?

Any leader’s role is to create and communicate a vision. Why is it so necessary to create a well-drafted and communicated vision for corporate change? The most renowned political leaders are masters of communicating their vision and presenting a viable alternative. This is done through language, metaphors, similes, and imagery they build to align forced, inspire people and make their vision a reality.

Henry Ford wanted to build an affordable car for the masses. He wanted to help the farmers (his father was a farmer). IKEA founder Ingmar Kamprad founded the company to make affordable furniture for the masses, and Bill Gates wanted to change the way people work. 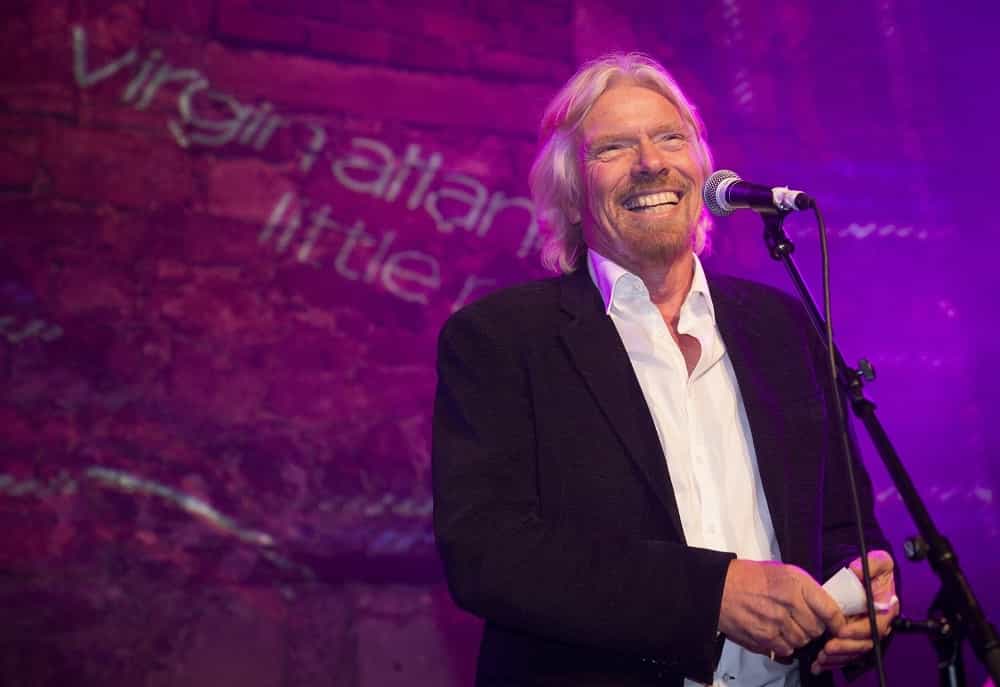 When people are motivated, they commit themselves to the vision and to the mission statement of the organization. Your vision should play on the imagination and stimulate your employees’ creativity. It should be inspirational enough to create a sense of pride amongst your people so they go above and beyond the bottom line.

This is how Richard Branson creates a sense of entrepreneurship amongst his people and that’s one secret behind the Virgin success story. He hires people with innovative ideas who want to run a new business, people who want to be the best among the crowd, people who have a strong desire to beat the competition.

Great leaders are effective at building commitment that will involve teams in their vision. Their teambuilding skills help their employees understand the business and instill a sense of ownership among the people. People at such organizations strongly believe that strategies are not limited to the top honchos of the organization. Leaders often talk about empowerment, but fail to express performance expectations. Exceptional leaders, however, empower employees and enhance their self-esteem to help each one of them perform beyond expectations.

Every organization has people who are not living up to their full potential. There is enormous amount of energy flowing, which the leaders are supposed to channel into the right direction. It is in the leader’s hands to direct the energy externally and help shape the organization’s brand identity.

A leader is like a social worker, who provides a sense of security, inspires trust and confidence and create a safe environment. Here, emotional intelligence is the much needed trait that distinguishes effective from ineffective leaders.

The most effective leaders recognize that leadership means building a safe haven where people can be creative and become completely immersed in what they are doing. Richard Branson has created an organizational structure where people have a sense of ownership over what they are doing. This are the three traits of charismatic leadership – envisioning, empowering and energizing – which are essential to address people’s latent talent and bring them out in the open to make the world a better place.

Branson applies his philosophy religiously – his organizations exist as small autonomous units which are run by self-managed departments made up of people who work autonomously. At such organizations, people set their own standards and rewards, and are eager to learn and know how to adapt. They go to great lengths to change the mindset of people who aren’t committed to the organization to achieve common goals. Virgin Atlantic, for instance, is an excellent example of this school of thought. Here, every single effort is made to surprise the customer in an enlightening way. First class passengers receive free access to in-flight aromatic relaxation massage. There’s car service at both ends of the trip, all inclusive in the price of the ticket. In fact, Richard Branson himself is known to personally meet flights that arrive late or experience delays.

At organizations like Virgin Atlantic, performance is not merely an abstraction. All the processes are directed towards providing the best customer experience and to enhance the possibility to improvisation through feedback loop.

At Virgin Atlantic, every employee is familiar with the corporate culture of their organization. The values are fostered through workshops, meetings and seminars. People are expected to internalize the values and behave accordingly. In other words, Virgin Atlantic has never lost touch with the importance of human capital. All employees are well treated and remain at the core of its success.

In the world of business, where shareholders control everything, Virgin continues to grow by doing things that are important to its employees and the customers. It puts employees first, customers second and the shareholders third because they see the wonders engaged employees can make in an organization. This is employee engagement – Richard Branson way! He may not have written books on HR and leadership, but he has built successful global businesses on the principle of putting employees first. The appeal of his companies is down to the leadership style which recognizes that happy employees equal more profits.

Priyansha Mistry
Currently editor at The HR Digest Magazine. She helps HR professionals identify issues with their talent management and employment law. | Priyansha tweets at @PriyanshaMistry
« How To Deal With Rampant Sick Leave Abuse
The Right Way To Call Out A Job Candidate Lying In An Interview »