Home > Featured > Sharing Economy is an Ecosystem of Collaboration

Sharing Economy is an Ecosystem of Collaboration 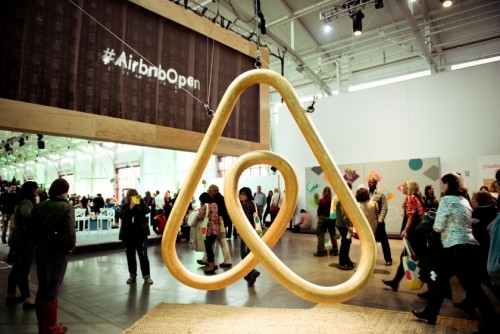 The Sharing Economy, at present, is in its state of infancy, most notably known as a series of start-ups and services that enable P2P commute via technology. It’ll be fair if we regard it as just the beginning of the new age trading system.

Sharing Economy, in its potential and entirety, is an alternative system of socio-economy that embeds collaboration and sharing at its core across every aspect of economic and social life. It is established around the idea behind sharing of physical resources with humans, which majorly includes production, organisations, shared creation, trade and consumption of goods and services by different people, production, and distribution.

No, this economy is not a scam, where you can earn up to $6,000 per month; it is a form of collaborative economy, which gives birth to the micro-entrepreneurs.

Trust is the Preliminary Step

The best feature regarding this kind of economy is that it operates on trust, which is an important aspect. In order for sharing economy to function well, faith amongst peers is significant. In this economy phase, not only commodity provider should be reviewed, but also the consumer. The providers offer several fascinating ways to consumers in order to lure them into pouring faith in this economy, which is based on trust.

Empowerment is the Key Driver

Empowerment is the key growth driver of every economy, be it, consumer empowerment or employee empowerment. Rather than treating as service providers or employees, individuals are regarded as friends in the economy of sharing. When individuals are empowered to interact with new people, take their own decisions, and carve their own time frame, it builds a strong bond and seal of confidence, which a typical corporation can never compete with. Technology, nowadays, has enabled the economy of sharing to scale on a bar like never before.

In the decade of declining economy, people are looking forward to odd jobs, or Gig Economy to be precise. Through the economy of sharing, active employees who find themselves jobless unexpectedly can easily trace their way to supplement their source of income. This economy provides a job for all; say random talents, for instance, an individual with a love for cooking or having expertise on music can easily market themselves based on their skills. In this economy, networking outside or inside of your community is a value-added bonus.

Diana Coker
Diana Coker is a staff writer at The HR Digest, based in New York. She also reports for brands like Technowize. Diana covers HR news, corporate culture, employee benefits, compensation, and leadership. She loves writing HR success stories of individuals who inspire the world. She’s keen on political science and entertains her readers by covering usual workplace tactics.
« Stereotyping Breeds Gender Gap
What to write in your Post-Interview Thank You Note »