Should We Discuss Politics At Work?

There are certain things that you can never discuss at work. It could be religion, politics, or sex. Sadly, the modern workplace is drought of workplace etiquette. It’s becoming more common to discuss politics at work. Your cubicle neighbor doesn’t care if you stayed back on Friday evening to finish up a report. But they may be itching to know if you agree with their politics. Is that a good thing or a bad thing? Let’s find out.

Politics is woven into the fiber of human beings. So how feasible is it to discuss your leanings on what is going on in the country and around the world in the workplace.

Human resource experts have divergent views on the subject. Liane Davey, cofounder of 3COze Inc. says politics does not make good workplace conversation. According to her, politics is a personal belief system. People are mostly very passionate about their political ideologies and are not likely to change opinions when questioned or disagreed with. Such conversations are very likely to quickly deteriorate into heated debates and disagreements. 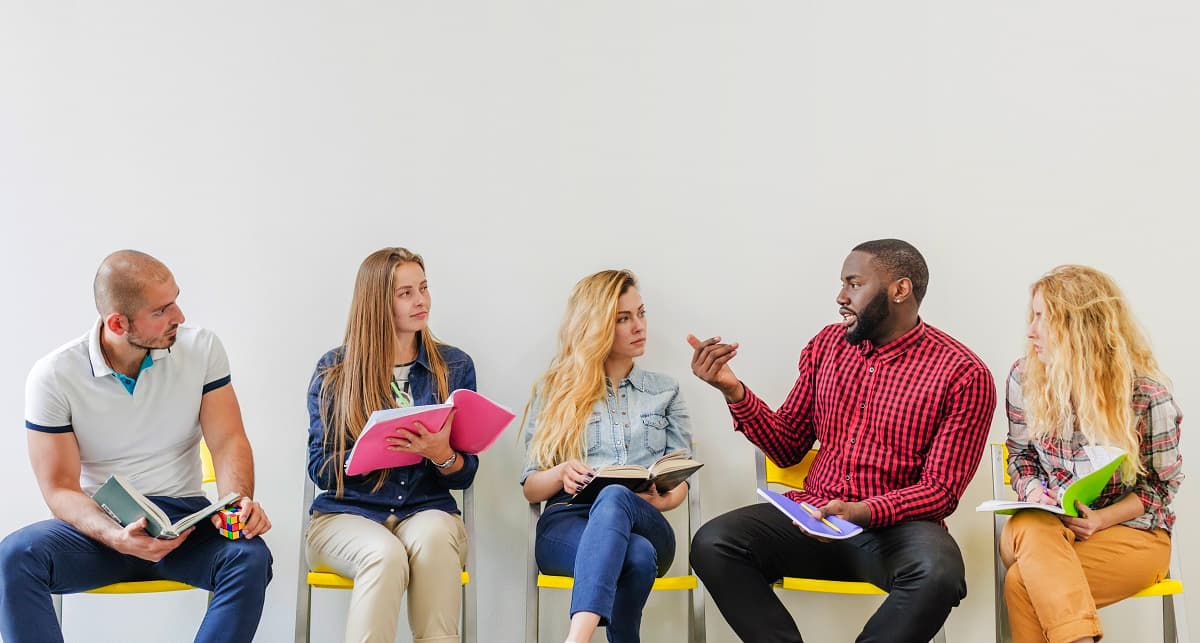 When a person spends almost 8 hours in the company of colleagues then it is natural that such topics of conversation crop up. It is natural to discuss the current happenings and process your thoughts about the same.

Discussing rival politicians and taking sides with opposing political parties and ideologies is a topic fraught with strife. Discussing such issues may lead to you upsetting people and your work relationships in the future. People might label you as inflexible and strident, which is not a good reputation to have in a workplace.

Woe betide if your political beliefs do not match that of your current boss or even the organization, then you may be in trouble.

You should be aware that if heated discussions cause tension and distractions then your boss is within his rights under certain labor laws to ban such topics of conversation. Although, there are laws that protect you from being fired for holding certain political views.

Another point of view is that it is difficult to avoid political topics when it is such a righteously held personal belief. When a person spends almost 8 hours in the company of colleagues then it is natural that such topics of conversation crop up. It is natural to discuss the current happenings and process your thoughts about the same.

The trick is to learn to talk about politics in the correct manner. It may even help you to handle any future office disagreements.

When discussing politics at work keep in mind the political leanings of your colleagues. Do not venture into territories or topics like candidate performance, corruption, etc. It is safer to talk about climate change, equal rights, and diversity. Make a choice to take a stance on topics that may help in bringing about a positive change.

It matters also how you voice your opinion. If you are aggressive, condescending or judgmental then you lose your audience. View the conversation as an opportunity to put a divergent point of view forward, to bring to the table another point of view and consider someone else’s.

Make it a dialogue rather than a diatribe. Be curious and genuinely interested in the other’s point of view. Ask questions and find out how they have arrived at their viewpoint. Politics is polarizing so find a common ground to take the conversation forward.

In today’s social media world, it has become second nature to trot an opinion about anything and everything on social media. But think and reflect before commenting nastily on someone’s beliefs or trolling or ranting. Many people have lost their jobs for airing their biased beliefs on social media platforms.

Know when to stop the conversation. There comes a time when you have to agree to disagree amicably and part as friends.