Should Women Always Wear High Heels In The Workplace?

A 17th-century law in Massachusetts, which was later introduced into the British parliament, placed penalties on women who lured men into marriage using high heeled shoes. Though ‘chopines’ (a platform that raises shoes), were originally used to protect shoes and dress from mud and street sand, women using high heeled shoes in the 15th, 16th, and 17th century were largely criticized and called all sorts of bad names, including witches. However, in some parts of the modern day world, women are subjected to wear high heels in the workplace or face penalties. What an irony!

Earlier this week, the Japanese women filed a petition against a policy mandating them to wear high heels in the workplace. But the government thinks their move is a waste of time.

In his response to the petition, Japan labor minister Takumi Nemoto told a legislative committee on Wednesday that “It is socially accepted as something that falls with the realm of being occupationally necessary and appropriate.”

Nemoto’s remark came after he was asked to make comment on the petition that has been signed by over 25,700 persons as of Friday morning and collected by a group of women. The petition is seeking the government ban action on workplaces that require female employees and job seekers to put on high heels.

The petition was submitted to the Japanese labor ministry on Tuesday morning, after which a campaign to this effect dubbed #KuToo began. The theme of the movement #KuToo is a combination of both the Japanese word “kutsu” which means shoes and “kutsuu” meaning pain. 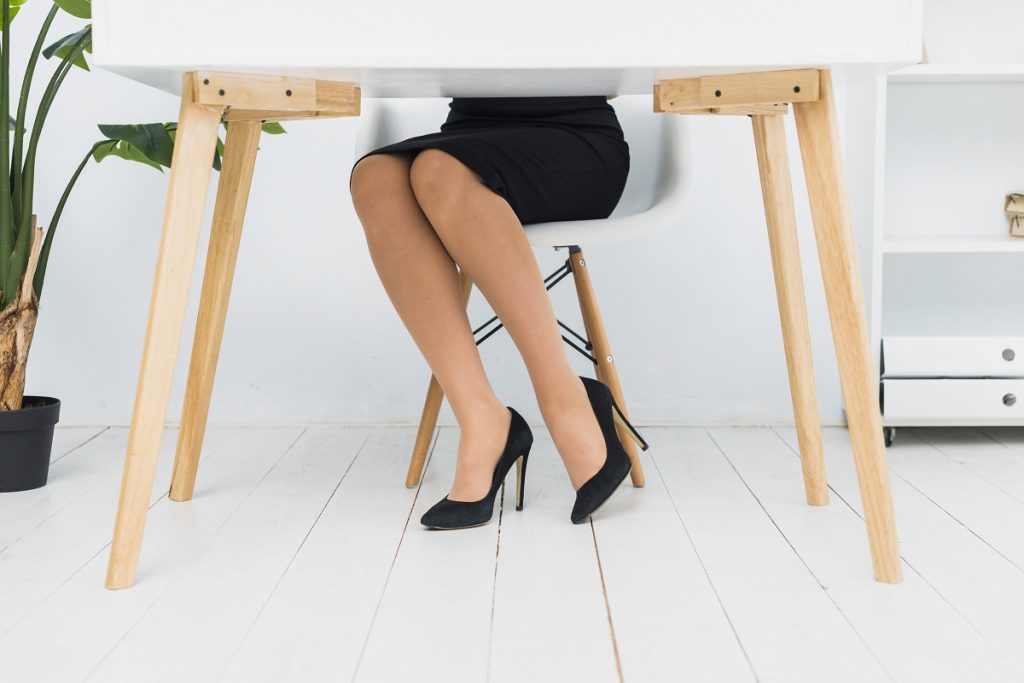 Earlier this week, the Japanese women filed a petition against a policy mandating them to wear high heels in the workplace. But the government thinks their move is a waste of time.

The campaign which was launched by Yumi Ishikawa, an actress and freelance writer quickly won support from lots of Japanese women online. Thousands of people who are part of the movement say wearing high heels in the workplace is seen as near-obligatory for workers in many Japanese companies or even while job hunting.

Some campaigners have described the high heel policy as being akin to modern foot-binding. Others have further advocated for a broader loosening of dress codes in all Japanese workplace, where business suits for men are now seen and taken as the norm.

In 2015, the director of the Cannes Film Festival tended an apology after taking a controversial decision at the Festival. The prestigious Cannes Film Festival did deny women who weren’t on high heels access to the event’s red carpet. Despite a protest that was staged by Hollywood superstar Julia Roberts who went to the festival barefoot the following year, Cannes maintained the dress code.

As of late Tuesday, no official response was given to the petition, but Ms. Ishikawa mentioned that officials replied her efforts with skepticism, saying it would be difficult to pass a law on any issue concerning workplace footwear until the corporate world changes its culture.

“I guess the government and corporate communities don’t want to take a risk to change the society,” Ms. Ishikawa said on Tuesday. The 32-year-old actress stated that she was forced to change her career paths because of difficulties she had standing in heels for eight hours during training at various hotels.

For most women, this campaign against wearing high heels in the workplace is a matter of livelihood, not that of optics. Women who are unable to bear the pain caused by the prolonged hours of putting on the heels will have to move their career path away from workplaces where the footwear is required. While it is required of women to abide by this workplace footwear policy, men are allowed to wear perfectly comfortable shoes.

In other countries, however, high heels are seen by women as both attractive and empowering, entirely worthy of any discomfort it may bring. This debate is surely not an ending one.

Diana Coker
Diana Coker is a staff writer at The HR Digest, based in New York. She also reports for brands like Technowize. Diana covers HR news, corporate culture, employee benefits, compensation, and leadership. She loves writing HR success stories of individuals who inspire the world. She’s keen on political science and entertains her readers by covering usual workplace tactics.
« Is Open Salaries and Pay Transparency a Good Idea?
How To Create A Tech-Friendly Culture? »