Snapchat Spectacles Might Impose A Threat To Workplace Security

The video-based social media application Snapchat recently announced its first product dubbed the Snapchat Spectacles. This gadget has the ability to record videos at the touch of a button and upload them through the smartphone app. The device is an attractively designed pair of glasses which is equipped with a built-in camera that records videos on the go. These videos are in 10-second increments which can be combined to form a video of up to 30 seconds in length. The videos are initially stored in these sunglasses and can later be shared through the popular application. Priced at $130, it is an affordable gadget for a majority of the average working class.

Being the fastest growing social network with around 100 million active users, the Snapchat Spectacles might be a popular product with its affordability and good features with a trendy design. But employers believe that this gadget might be unfavorable for the workplace. This is in context with the threat it imposes on the privacy of confidential data in certain offices. There is no doubt that the Spectacles is a gadget which is ideal for preserving memories. This is possible without hindering the user’s activity. But in terms of the workplace, it might impose a threat to the data security.

In all kinds of offices, certain protection of data is essential. Gradually employers have realized that even their own employees might be the biggest threat to the security of important data, intentionally or unintentionally. It is important for the employers to effectively protect the security of sensitive data. The possibility of the outflow of such information is on the rise with the advent of such hi-end gadgets. 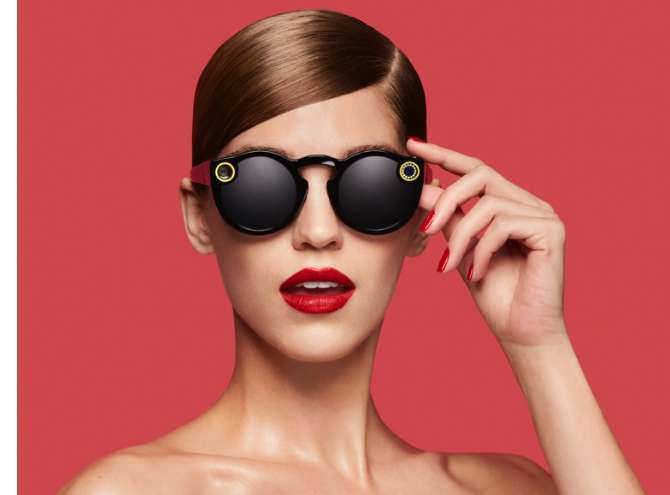 Especially in the case of the Snapchat Spectacles, it is extremely easy for someone to simply walk by the office and attain crucial information. All one has to do is wear the Spectacles, look around the place and the inbuilt camera stores the video as well. This is an inconspicuous way of capturing sensitive professional data for unethical usage. Furthermore, it increases the risk of leakage of sensitive data to unwanted sources. This can impose a threat to workplace security.

The threat of data exposure has led employers to take noteworthy steps to avoid such circumstances. Certain companies provide training to their employees on the storage and handling of sensitive data. Guidance programs regarding avoidance of scams that trick employees into revealing passwords, social security numbers and other such sensitive data take place. The computers of employees now have a password-protected screen saver which locks the screen after a certain span of time. This is in order to avoid misuse of unattended computers when the employee is not present at his desk.

Despite all these security measures, Snapchat Spectacles is the most convenient device to record information in an oblivious manner. For instance, there is a certain celebration taking place in the office. An employee is recording the event through the Spectacles. While doing so, unwanted footage of an employee or the information displayed on someone’s screen might become a part of the video as well. The user might not record the sensitive information intentionally. But such information will become viral as soon as it is on the internet. Moreover, something put up on the internet is as good as irretrievable. Thus it becomes extremely important to be cautious about such matters.

Diana Coker
Diana Coker is a staff writer at The HR Digest, based in New York. She also reports for brands like Technowize. Diana covers HR news, corporate culture, employee benefits, compensation, and leadership. She loves writing HR success stories of individuals who inspire the world. She’s keen on political science and entertains her readers by covering usual workplace tactics.
« Someone Has Been Stealing My Bagels Work!
Interview Tips to Create an Impact for the First Timers »