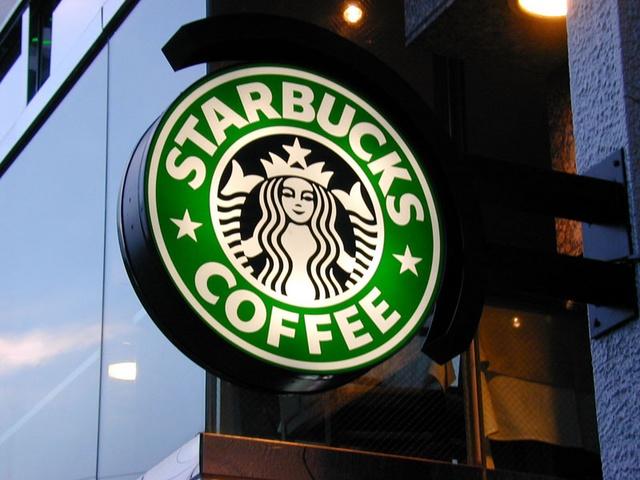 Starbucks Corporation, one of the most renowned cafes in the world, primarily benefits from selling various kinds of coffee or tea drinks in addition to roasting and selling of exotic coffee beans. It is spread across more than 6000 branches in the world. Furthermore, it has been a standout amongst the fastest growing corporations in America.

One of the core reasons why Starbucks remains popular 30 years after its founding is not only because of the quality of coffee it serves, but also its incredible customer service and cozy ambience. Starbucks creates cozy surroundings for its customers to socialize at a much reasonable price which draws consumers of all ages into its stores worldwide. Moreover, it has been appreciated worldwide for its employee satisfaction. At Starbucks, the turnover rate happens to be somewhere near 65%, and the rate of managers near 25% per year. Unfortunately, national chain retailers have far worse numbers, with 150% to 400% and 50% respectively. If you compare Starbucks to other industries, you will find that the turnover rate is quite low. Thus, Starbucks remains to be one of the most ideal business models for the strategies of employee motivation, customer satisfaction and teamwork.

In the year of 1987, Howard Schultz sought after his dreams to make everyone on the planet taste his incredible coffee, so he focused on aggressive expansion. Around then, he believed that the most resourceful way to expand was by setting up new stores in various places.

The very same year, Starbucks opened its first overseas store in Japan. By the end of 2002, Starbucks had spread across 5,800 stores worldwide and had grown more than 300 times in last one decade.

An Enriching Culture, Impact and Success

Motivation is a key factor for any business in the production process. Workers are not machines, and cannot accomplish the same task with equal energy and passion. The CEO of Starbucks, Howard Schultz believes that the reason behind Starbuck’s success lies not in its coffee but its employees. He considers employees to be the soul of Starbucks and feel honored with Starbuck’s value in the heart of its employees. Starbucks has a very interactive structure that makes its employees dedicate themselves completely to their jobs.

Managers at Starbucks treat each employee equally and every member of the staff is called a ‘partner’, including supervisors. To narrow the gap between managers and employees, they collaborate with basic level staff in the front line. As a result, managers are able to maintain a proficient management system and create a close and accustomed environment compared to other retail chains. Not only employees are able to enjoy their jobs, but customers too are infected their contagious enthusiasm.

Starbucks has an effective communication channel for employees. It puts incredible importance to work. The managers arrange the working hours per employee availability and plan the schedule of time off according to the employee’s wants. Interviews are scheduled on a weekly basis to understand the needs of the employees. The partners have the right to figure out what policy works best for them, and the directors at Starbucks take a look at each suggestion with equal enthusiasm.

Starbucks also wants every partner to join in the making and development of its plans and work together towards achieving those goals. Thus, the policies and principles are channeled between staff members and there is zero confinement in employees’ personal opinion.

Starbucks additionally feels that debt financing is not the best decisions, hence, it chooses to allocate stock dividends to all employees with a free script issue. Using this approach, the employees can get benefits from the dividends of the company. In view of this, they have the same goal – they are motivated to increase the sales to earn more profits.

To Starbucks, employees are the most valuable asset.

In order to keep great connections between managers and employees, Starbucks has established a well developed system. Regardless of the job role, the title ‘partner’ is used for employee of every level to eliminate the wide gap of bureaucracy that usually exists in most organizations. Furthermore, they collaborate in the first line to abolish the distance due to the diversity of statuses. Thirdly, Starbucks hires no more than three to six employees at one store. With a minimal staff, coworkers get to know each other better and make deeper connections. Suggestions and complaints that are made by employees are treated with equal importance by supervisors and directors. In the same way, they have a right to participate in the revision of company policies. This way, each employee is given an opportunity to play an important role in operating the company, and they mutually work out the direction of Starbucks unified success. This also gives employees a sense of admiration and a feeling of investment for Starbucks.

Starbucks imparts a part of its profits towards public service. As a result, employees have an idea that what they accomplish for Starbucks is for the society they live in as well. When it comes to goals, Starbucks sets a challenging and specific goal, and it allows all partners to decide the direction.

Pat Wadors on Reconnecting With Our Humanity

Carey Pellock on HR Leadership for A Better World

Success stories Priyansha Mistry - January 06, 2022
Carey Pellock reflects on the lessons on her role as the head of human resources at Neustar. ...

Monique Herena is Setting A New Direction for HR